In the United States we tend to think of racism as overt, intentional, hateful acts carried out by evil people. Many students of sociology are quick to claim they are colorblind or that they “don’t have a racist bone in their body.” In this post Nathan Palmer asks each of us to reimagine racism and rethink how our words and actions may impact others.

“Hey, I’m going upstairs for a few minutes, but my husband’s coming to pick me up for lunch any minute. If he shows up will you have him sit at my desk till I get back?” my officemate Laura asked me as she was walking out of the closet sized room that was our office. “Yeah, sure. I have to wait for the IT guy to come fix my computer anyways.” Laura and I worked for a small company the summer before I started graduate school. Laura was a tall white girl from Maryland. We were fast friends and we spent many lunch breaks talking about all the places she traveled. She taught me how to make Massaman Curry at home.[1]

I was pissed. My computer had blue-screen-of-death’ed me for the third time that week and I had a big project due. I had called the IT help desk nearly an hour ago and was pacing back and forth in my tiny office (I could take a full 2 steps before having to turn back around). With each minute that passed I became more unnerved. I stopped, ran my hands through my hair to release the tension and took a deep breath. “Knock, knock.” I turned around making eye contact with an Asian American man standing in the door frame. Not recognizing his face, I squinted slightly and cocked my head to the side, “Can I help you?” His smile melted away, “Oh, I’m sorry. I’m here to-” I cut him off before he could finish. “Fix my computer, right? You must be from IT,” I said with certainty. “No, I’m here to pick up my wife, Laura.”

END_OF_DOCUMENT_TOKEN_TO_BE_REPLACED

Everything I Learned About Stereotypes I Learned on Facebook

Has your Facebook feed been overrun with witty & cute kittens? In this post, Stephanie Medley-Rath explores how Internet memes can teach us about stereotypes.

Internet memes are all over my Facebook newsfeed these days. Most of these memes are at least slightly funny. They include witty and cute kittens. They sure beat the “I’m so tired” and “Monday again” status updates.

One recent meme is a series of six photos representing various people’s perspectives on what people think I do for a living (e.g., a teacher, a scientist, a stay at home mom). Though quite humorous and relatable, this meme provides examples of how different types of people are stereotyped.  A stereotype is an oversimplified set of beliefs about a group. 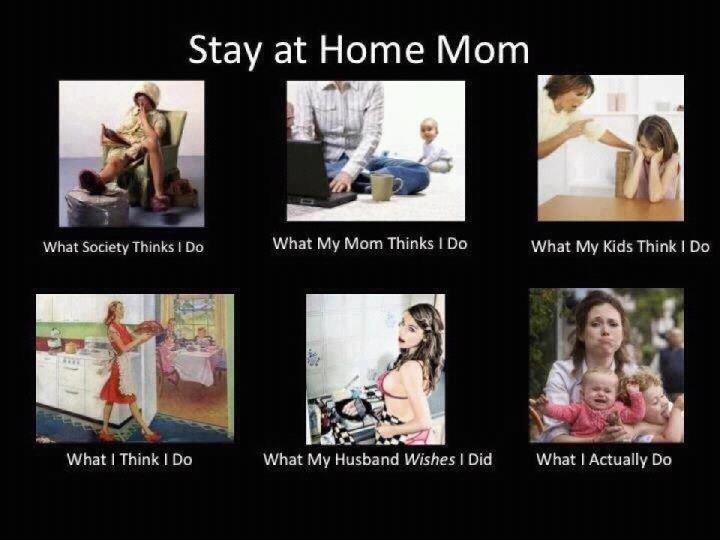 Facebook: Front Stage, Back Stage, and Comparing Ourselves to Others

Facebook became a publicly traded company last Friday, so we thought that we’d take a sociological look at Facebook this week. There has been some recent research that suggests that the rapid increase in social networking use across society has significant implications for all of us. A study published in the journal, Cyberpsychology, Behavior, and Social Networking, taps into the potential concerns we as a society face as we become increasingly connected online. In this post, David Mayeda, applies Erving Goffman’s front stage and back stage metaphors to this empirical study of facebook users. If you’ve ever wondered about facebook’s pros and cons, read on.

“All the worlds a stage, and all the men and women merely players,” was how shakespeare phrased it. Famed sociologist Ervin Goffman, put a sociological spin on the same idea. He argued that members of society are constantly engaged in dramaturgical modes of interaction with each other, meaning our behaviors metaphorically represent being on a theatrical stage. Thus, each of us leads “back stage” lives where we behave knowing that the no audience (i.e. other people) is watching. In our “back stage” lives, we can practice how we want to present ourselves later on the public stage. Once we are out and about with other members of society who are able to physically see us, we are enmeshed in our “front stage” lives. END_OF_DOCUMENT_TOKEN_TO_BE_REPLACED

North Carolina: Home of the Bigots?

We have all relied on stereotypes to explain some people’s behavior or beliefs. But stereotypes of any kind are damaging and dangerous. In this post, Sarah Nell explains how sometimes stereotypes beget more stereotypes – in this case, stereotypes of gays led to the passage of a ban on same-sex marriage, a decision that was met with stereotypes of Southerners. 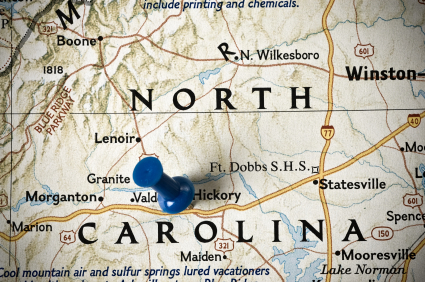 Southern doesn’t mean stupid redneck. If you aren’t from the South, and you’ve never lived in the South, you might disagree. And given our stereotype-loving culture, I wouldn’t blame you. I am not a native to the South, but I have lived here for a significant portion of my adult life and I call North Carolina home. I consider myself an honorary Southerner. END_OF_DOCUMENT_TOKEN_TO_BE_REPLACED

How Adorable! Cultural Appropriation in the Scrapbook Industry

“I always wanted to decorate my memories with stereotypical imagery of a culture that is not my own from a country I’ve never visited.” Now I can. In this post, Stephanie Medley-Rath discusses recent examples of cultural appropriation in the scrapbook industry. 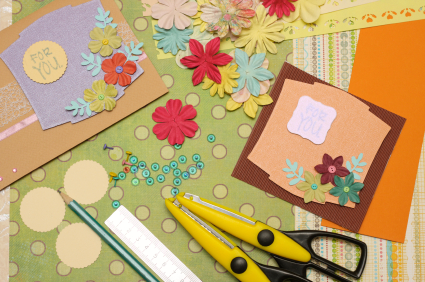 I am both a sociologist and a scrapbooker. I decided to make these two worlds collide when I opted to study scrapbookers for my doctoral research. I’ve spent several years observing and being frustrated by the reliance on stereotypes and tropes and the regularity with which cultural appropriation is used in the scrapbook industry.

The scrapbook industry regularly relies on stereotypes when marketing products and creating new products. Products are often intended for “girl” pages or “boy” pages, evidenced by not only the colors used, but the language used in product lines (e.g., “daddy’s little girl,” or “boys will be boys”). Wedding-themed products are typically designed for heterosexual and white occasions. And examples of layouts using these products almost always stay neatly within boundaries of of cultural representations of gender, heterosexuality, and so on.

The role of race and ethnicity, sadly, makes its appearance primarily through cultural appropriation. END_OF_DOCUMENT_TOKEN_TO_BE_REPLACED

My Sociological Tribute to Junior Seau

Yesterday we learned that former San Diego Chargers linebacker, Junior Seau, tragically passed away due to an apparent suicide, though the exact circumstances of Seau’s death are still uncertain. Along with his incredible football abilities and accomplishments, however, Seau should be remembered as one of the central Pacific Islander players who excelled in the National Football League (NFL), paving the way for thousands of young Pacific Islander males across North America and the Pacific, who continue dreaming of an elite athletic career. In this post, David Mayeda pays tribute to Seau’s sociological significance in sport.

I will be the first to admit that sport often times causes more harm than good in society. On the other hand, I’m not going to deny the good sport brings. As a young minority male myself (though not Pacific Islander), who turned to athletics throughout high school and university life to build a sense of self-esteem, accomplishment, and as avenue to learn about life, I owe a great deal to my athletic coaches, teammates, competitors, and role models. And this is partly why I am so saddened by Junior Seau’s death.

For those of you who do not know of Junior Seau, he was a Samoan athlete who made a name for himself playing football in the southern California region. He starred there in high school, before playing college ball at the University of Southern California, where he became one of the most feared university linebackers in the nation. At the professional level, Seau played most of his career for the San Diego Chargers, closing out his pro career with stints in Miami and New England. But Seau was no journeyman; throughout his career, he was a fierce playmaker, highly respected as a defensive star who played with infectious enthusiasm, power, and grit. He is unquestionably a future NFL Hall of Famer.

While Seau was not the first Pacific Islander to excel in the NFL, he was probably the first Pacific Islander player to truly stand out. Prior to Seau’s NFL arrival, Pacific Islanders who played in the NFL did so in relative obscurity, hidden in the trenches of the offensive line. Largely because Seau shined so brightly at the linebacker position, breaking up passes, making interceptions, causing fumbles, and halting those seemingly unstoppable running backs, he drew the spotlight throughout the 1990s and up until 2006.

In today’s NFL, it is hardly unusual to see a Pacific Islander playing in virtually any number of NFL positions (though they are still over-represented as linemen), as covered by CBS’s “60 Minutes” in 2010. Even at the amateur levels, dimensions of Pacific Islanders’ cultures have been integrated into pre-game rituals. For instance, at the University of Hawai‘i, the school’s football team has been performing the haka now for a number of years, without problems.

END_OF_DOCUMENT_TOKEN_TO_BE_REPLACED

Why THESE IDIOTS Just Won’t Change.

When we think about other people’s behavior why are we so quick to think they are ignorant, irrational, or idiotic? Many of us are quick to call other people names and judge their behaviors, but we are far more understanding of our own behavior. In this post Nathan Palmer argues that the fundamental attribution error is to blame for our gross misunderstandings of others. 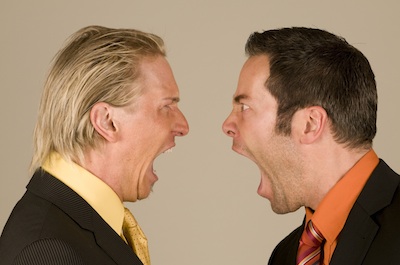 When was the last time you completely changed your mind because someone screamed at you and made you feel like an idiot? I’m guessing… never? Then why do so many people “unleash the fury” with the CAPS LOCK key on Twitter, Facebook, and YouTube comments?

The sociologist inside of all of us should be asking, “If yelling at ‘idiots’ isn’t effective why do so many of us do it?” Why do we think our yelling will be effective when we do it? The answer can be found in understanding the fundamental attribution error (a concept borrowed from social psychology). Put simply, the reason you do things is because of your circumstances, but the reason other people do things is because of who they are fundamentally as a person.

For example, think back to the last time you sped. You probably did it because you “had to” get somewhere important. But now think back to the last time a speeding driver cut you off. I doubt you rolled your window down, stuck your head out, threw your fist in the air and shouted, “I completely understand your seemingly reckless behavior is due to the set of circumstances you find yourself in and I empathize with you my brother!” No, you probably thought, “That guy’s a maniac and he needs to be stopped!” He is a maniac at his core. You are simply a person speeding because of your circumstances.