It’s graduation season! That means caps, gowns, and awards ceremonies that sometimes include celebrity commencement speeches. Oprah Winfrey spoke at Harvard University this year, and was also awarded an honorary degree by the prestigious institution. One of the things that Oprah is respected for is speaking with passion. This skill is not only important for public speeches, but also for her current television show, Oprah’s Next Chapter. The show includes interviews with celebrities in their homes, reminiscent of the interviews she was known for on the Oprah Winfrey Show. Oprah’s interview skills often make for great television, but would a sociologist use the same methods for interviews in social research? In this post, Mediha Din describes research methods. 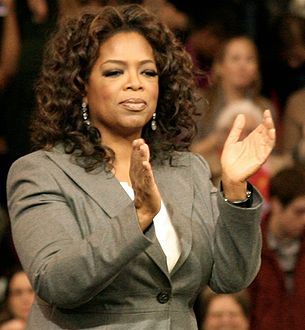 In our previous post, Jimmy Kimmel, Starbucks, and Sleeper Questions we explored how researchers may encounter problems with reliability when conducting an interview or surveying participants.

To increase reliability, sociologists work to avoid common errors in the design of research questions. The most common mistakes are using questions that are double-barreled, loaded, threatening, unclear, or include built-in assumptions.

“You read the whole chapter, didn’t you?” Leading or loaded questions should also be avoided. These are questions that subtly push a respondent to give a certain response. Think of movies with courtroom scenes of an attorney jumping up while their witness is being questioned by the prosecution to say “Objection your honor! Leading the witness!” Leading/loaded questions can be worded to get either a positive or negative response. Compare the next two examples: END_OF_DOCUMENT_TOKEN_TO_BE_REPLACED

Putting the McDonald’s Back into McDonaldization

McDonald’s restaurant once served as a model of rationality; customers would come in and be feed ina smooth, precise, and efficient standardized process. Today, its bloated menu (with oodles of choices and combinations) threatens its reputation as the standard for rationality. In this post, Stephanie Medley-Rath explains how McDonald’s is putting the McDonald’s back into McDonaldization. 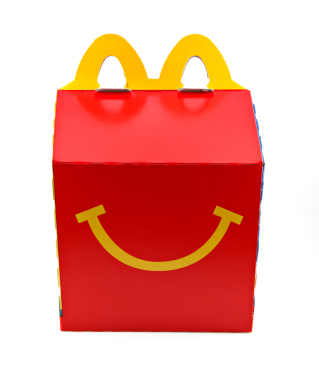 George Ritzer coined the term McDonaldization to describe how McDonald’s restaurant provided an archetype of rationality, which served as a model for other bureaucracies. Rationality refers to how bureaucracies come to operate under formal rules and procedures. A bureaucracy is characterized by a hierarchy of authority, a division of labor, reliance on written rules, and impersonality of positions. For example, your college is an example of a bureaucracy. Let’s get back to McDonald’s.

Ritzer chose McDonald’s because of its pervasiveness throughout not only the United States (where you are never more than 107 miles from one in the lower 48), but throughout the world (they serve 1% of the world every day). McDonald’s is seen as a powerful business success and a symbol of America.

How do these principles exist within McDonald’s?

Efficiency refers to “the optimum method for getting from one point to another” (Ritzer 2006:15). Think about the assembly line method of food production in a McDonald’s restaurant. Instead of one person making your complete meal, the task is split up into its basic components along a hamburger assembly line. This means your meal gets to you more quickly. END_OF_DOCUMENT_TOKEN_TO_BE_REPLACED

The Sociology of MMA: A Masculine Culture of Lack

If you’ve ever seen something you wanted to purchase that was advertised in a way that made you feel inadequate, I have a feeling you will relate to this post. Advertisers have a way of tapping into our emotions and sense of insecurities that influence us to build emotional relationships with products. This is all part of living in a society where ongoing production of goods and services is reliant on the population’s incessant craving for consumption. In this post, David Mayeda discusses a magazine’s presentation of mixed martial arts legend (MMA), Randy Couture, and how that presentation feeds into a “culture of lack.” 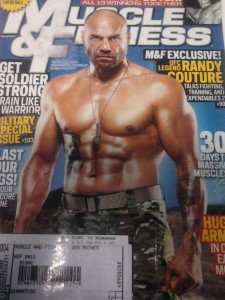 A few weeks ago I was working at the Auckland City public library. While strolling through the magazine section, I saw an issue of Muscle & Fitness with MMA legend, Randy Couture, on the cover. You may know Couture from his more recent acting career; he starred alongside Sly and company in The Expendables. But Couture’s stardom began as a combat sport athlete, first as a four-time Olympic alternate in Greco-Roman wrestling, and then winning Ultimate Fighting Championship titles five times in two different weight classes (heavyweight and light heavyweight), throughout his 30s and 40s. Now retired from professional fighting, Couture is approaching age 50.

Despite his seemingly ageless athleticism, Couture’s photo on the Muscle & Fitness cover made me do a double take. Could a near 50-year-old really look like this (see top photo)? Damn that “old man” is massive, and ripped! And if Couture can showcase such musculature, presenting an idealized version of physical masculinity at nearly age 50, why shouldn’t I?

Okay, I didn’t exactly go that far in my line of thought. Not only have I seen Couture fight on television a bunch of times, but I met and interviewed him back in 2007 (see picture, below). 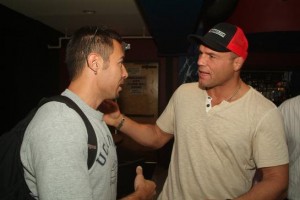 The fact is, despite being a big and extremely athletic individual, Couture is not overwhelmingly massive. I’m about 5’8″ tall, around 175 pounds. The picture above of Couture and me is a bit misleading since I’m closer to the camera, but you can tell his actual physique is nowhere near that presented on the magazine cover. END_OF_DOCUMENT_TOKEN_TO_BE_REPLACED

Sociologists study common sense because what we take to be common sense does not always match reality. In this post, Stephanie Medley-Rath explores the ways in which common sense about gun violence differs from the realities of gun violence. 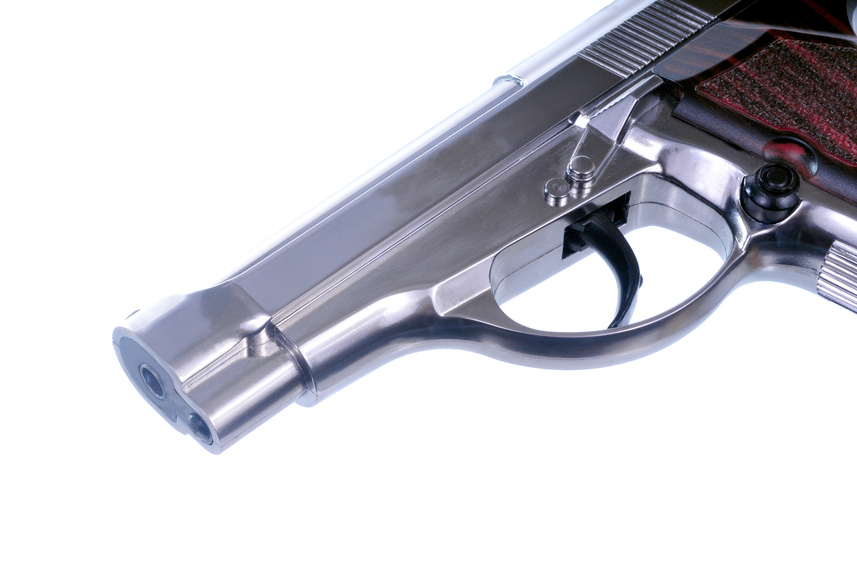 Sociologists often study common sense. Common sense refers to those things that everyone knows are true. Think about all of those warnings on many products. For example, a coffee cup with the warning that it is hot. Common sense tells us that coffee is hot. We shouldn’t need this warning, but it remains. These warning labels are in place because somebody once was harmed by the product. We often assume that they were harmed due to a lack of common sense (or lapse in judgement), rather than the product or manufacturer is at fault. So what does a warning lable on a coffee cup have to do with sociology?

Sociologists use research to access the accuracy of common sense because much of what we take as common sense is actually either incorrect or just a bit off from reality. Take gun violence, for example.

In recent months, gun violence has taken center stage as a focus of concern. Due to tragic, mass shootings, we have once again become occupied with what we perceive to be increasing gun violence (we were concerned with it in the late 1990s due to Columbine and other school shootings). Mass shootings, once again, appear to be on the rise. When school teachers and children, movie goers, and mall shoppers are gunned down at seeming random, we are reminded of what we believe about gun violence, that it is random and unpredictable. Any one of us could be an innocent bystander. The reality is that most gun violence is not all that random and innocent bystanders are newsworthy because they are typically rare.