I Believe That We Will Win! USA! USA! USA! With World Cup fever spreading across this country like wildfire and the 4th of July on Friday, it’s never been easier to feel patriotic. In this post, Nathan Palmer asks us to think about what it means to be a patriot and answers the strangely common question, “do sociologists hate America?”

Man I could watch that video all day long. The best part about watching the world cup at a bar is that (nearly) everyone is rooting for the same team. It’s us versus them and the “we’re all in this together” mindset can be intoxicating (not to mention the beers). On Friday we will celebrate the 4th of July and hopefully on Tuesday another World Cup win. If ever there was a week to feel patriotic and united, this is it.

Having your patriotism questioned in public is one of the strangest things about being a sociology professor. I had only been teaching for a few months when I was floored by a student’s question. It was the first time I had heard the question, but it wouldn’t be the last. “You know what Professor Palmer? If you hate the United States so damn much, why don’t you just leave?” The words punched me in the gut. “What? I, um. That’s ridiculous,” I stammered.

I wanted to tell my class I love my country. I’ve never lived anywhere else. It has its problems, for sure, but this is the place where nearly all of the people I know and love live. The United States is my home and I am an American through and through. But instead of saying all of that I said, “I don’t know what you’re talking about,” and then moved on.

“Why do sociologists hate the United States?” I’ve fielded some variation of that question almost every year that I’ve taught. And now that I am experienced teacher I can understand why. Sociology as a discipline focuses a lot of attention on the inequalities and injustices of society. It’s easy to mistake being critical for hate and when we feel defensive it’s very easy to blow things out of proportion. From here it’s easy to feel that sociology as a discipline is unpatriotic, but this begs the question, what is patriotism in the first place?

END_OF_DOCUMENT_TOKEN_TO_BE_REPLACED

A Field Guide to the Male Bathroom

The male bathroom is a funny place. For those of you who’ve never been inside one, there are a set of unspoken rules that every man who enters is expected to follow. What’s strange is that despite the fact that breaking these rules can have consequences, no one ever teaches men the rules in any kind of formal way. In this post, Nathan Palmer fills this gap by teaching you the men’s room rules and exploring what these rules might be telling us about our culture.

There are rules people, RULES! That’s what I hear in my head whenever I am standing in front of a urinal and another man starts using the urinal next to me. I’m sorry, forgive me. I should have warned you that in this post we are going to talk about some real stuff. Today we are going to explore the unwritten, unspoken, but near universally known rules of using the male restroom. I am an expert in this area with a lifetime of experience. By following my simple 4 step plan I can guarantee that you will never again know the bitter sting of an “away game” bathroom snafu.

The Unspoken Mandatory Rules of the Men’s Restroom

These are not my rules nor am I the only educator training the men of the world. For instance, the informative video below was created by my brother in the struggle Overman.

What are men so damn uptight about in the bathroom? Why is going pee so fraught with anxiety and danger? I’ve done some informal polling of the women in my life and it turns out there isn’t any high drama in the land without urinals. So what gives? As I’ll show you the male restroom is where the fragility of masculinity and homophobia collide.

END_OF_DOCUMENT_TOKEN_TO_BE_REPLACED

Who Does The Work of Parenting?

Fathers Day is a day to celebrate the contributions that fathers make to all of our lives. One of the main contributions any parent makes is performing the labor it takes to have a clean house, have children who are clean/dressed, and all of the other housework tasks it takes to “produce the family” everyday. In this post Nathan Palmer explores the research on how heterosexual couples divvy up these tasks and invites dads everywhere to reflect on gender inequality.

It’s Fathers Day! So before I do anything else, I want to wish a happy Fathers Day to all of my fellow dads out there.

This got me thinking about the work of parenting. Because make no mistake, parenting is WORK. You have to feed your kids, wash’em, learn’em, drive them everywhere under the sun, and don’t get me started on all of the gross things I’ve done in the name of parenting. Now factor in all of the indirect parental work: grocery shopping, cooking, cleaning the house, etc. It’s A LOT of work.

Sociologists have long been interested in the work of parenting and specifically how that labor is divided up between parents. And the research is clear: women do more housework than men. For instance, one study compared time use journals of men and women from 1976 to those from 2005. These researchers found that while the gender inequality had decreased, women still performed more hours of housework than their male counterparts Stafford 2008. This finding holds true even if both men and women work outside the home (Stohs 2000).

END_OF_DOCUMENT_TOKEN_TO_BE_REPLACED

Is Hispanic an Ethnic Category or a Racial Category?

Sociologists use the terms race and ethnicity to mean different things even though many Americans use the terms interchangeably. In this post, Stephanie Medley-Rath explains why Hispanic origin is typically considered an ethnic category rather than a racial category. 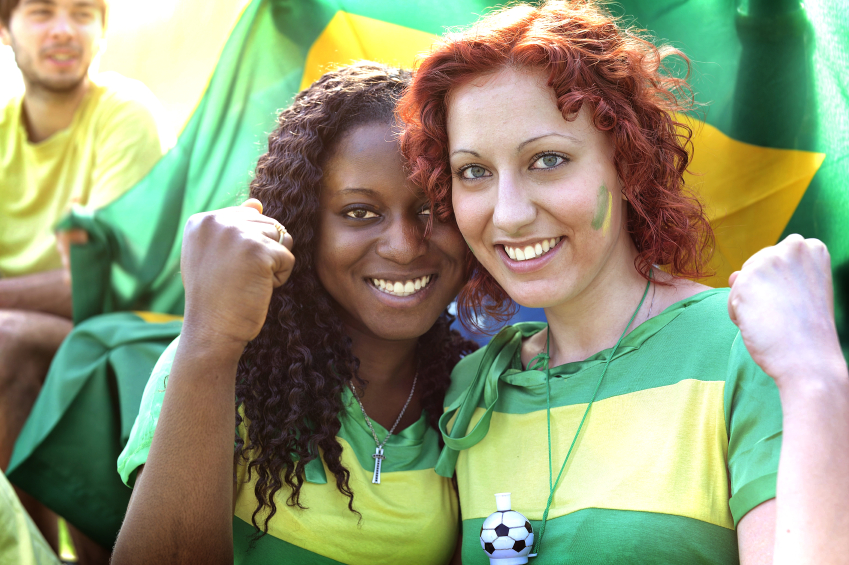 This post starts a bit differently than most. I want to begin with a few questions:

Sociologists use the word race to refer to categories of people who share distinct physical features. These physical features may be based in biology, but are granted social significance. For example, skin color, hair texture, and eye shape are all used in American society to determine a person’s racial categorization. In general, African Americans, Asian Americans, and White Americans are all considered racial groups.

While many folks use the terms race and ethnicity interchangeably, they actually do refer to different things. Based on the above definitions of race and ethnicity, where do Hispanics fit?  Are Hispanics a racial group or an ethnic group? END_OF_DOCUMENT_TOKEN_TO_BE_REPLACED

Posted by Stephanie Medley-Rath under Race and Ethnicity

Swim at Your Own Risk: Racial Disparities in Drowning

Is swimming a part of your summertime fun or does it feel you with dread? Does your reaction to swimming have anything to do with your race? In this post, Stephanie Medley-Rath explains the role of race in swimming and drowning.

I’ve swam in ponds, lakes, and creeks. I’ve swam in chlorinated backyard pools, public pools, and hotel pools. As an adult (who has spent most of my life in the landlocked-Midwest), I’ve managed to swim in the Atlantic Ocean and the Gulf of Mexico.

Swimming has always been a part of my life. As a child, I took swimming lessons for one week each summer. It never failed that the week of my lessons, the weather would be about 70 degrees and overcast (i.e., too cold), but I still went. I was never very good. I like to say, that I knew enough not to drown. That may sound a bit over-confident, but I did know how to swim and learned some basic survival skills.

Little did I know that my access to public swimming spaces, swimming lessons, and risk of drowning had something to do with my race or the legacy of racial discrimination. END_OF_DOCUMENT_TOKEN_TO_BE_REPLACED