It is becoming increasingly known among those interested in social inequality and human rights that slavery is a significant part of our global economy. Existing in a variety of forms, slavery has been defined as “the complete control of a person for economic exploitation by violence or threat of violence” (Bales, 2000, p. 462). Differing from slavery in the 19th century, today’s slavery operates in clandestine fashion, hidden from the common consumer’s consciousness behind corrupted bureaucracy, law enforcement, and massive social distance. In this post, David Mayeda begins a 4-part series on modern day slavery, based on a recent trip he took to Thailand through Global Exchange and Not For Sale. 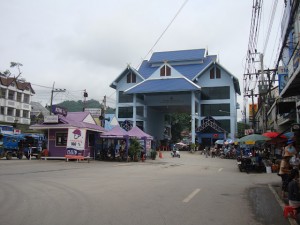 This past August, I took part in a 7-day reality tour through Global Exchange and Not For Sale, examining modern day slavery in Thailand. Our group was comprised of 16 individuals, primarily from the United States, with additional representation from Australia, Japan, and myself coming from Aotearoa New Zealand. We worked in a variety of industries (government, social work, retail, academia), but bottom line, we were all concerned citizens hoping to learn more about this social ill that continues to plague our society.

During our 3 days in Bangkok and 4 days in Chaing Rai and Chaing Mai, we met with activists, teachers, and social workers who were doing what they could with the limited resources they had to combat overwhelming, broad structural forces that maintain today’s slavery systems. In terms of broad sociological causes, contemporary slavery stems from extensive overpopulation, poverty, and corruption between business and law enforcement agencies. As explained in Kevin Bales’s book, Disposable People, those countries that have seen the fastest population growth since World War II (e.g., India, Bangladesh, Nepal) tend to have the most poverty-stricken vulnerable people, who are the most susceptible targets for exploitation.

Before delving into examples of slavery itself, it is critical to understand how the state can be complicit in creating mass vulnerability. In Thailand, those most vulnerable to becoming victims of slavery or worker exploitation in general come from two groups: (1) individuals from rural hill tribes in the northern part of the country, and (2) Burmese refugees seeking work in Thailand and/or fleeing from political instability in neighboring Myanmar. END_OF_DOCUMENT_TOKEN_TO_BE_REPLACED

What did your teachers expect out of you? Were you “college material”? Were you “a trouble maker?” Researchers have long been interested in how teacher expectations affect students. One classic study by Robert Rosenthal found that when teachers thought students were destined for success, they became successful. In this piece Nathan Palmer takes a look back at his own K-12 experiences to discuss the power of what sociologists call self-fulfilling prophecies.

In the third grade I was diagnosed with a learning disability and was placed in the special education program. From that day until the day I graduated I spent a portion of every school day in the special ed room. All of my teachers were told that I had a learning disability and that I struggled with writing. My face would become red and hot when teachers would bring up my disability in front of my classmates. Until the last damn day of my senior year I had to have a sheet signed by my teachers saying I had done my homework and that I had not misbehaved in class. My soul exploded with shame and anger when my teachers would make a production out of signing that piece of paper or when my classmates teased me about it.

Students become what their teachers expect them to become. Or at least that’s what Robert Rosenthal’s research suggests. In the late 1960s, Rosenthal had the teachers in one elementary school give their students a test that was supposed to predict which students were destined to dramatically grow their I.Q. score during the school year. After the tests were collected, Rosenthal picked at random a small group of students to be labeled “academic spurters” END_OF_DOCUMENT_TOKEN_TO_BE_REPLACED

How Hammer-Pants Helped Me Find My “Self”

Answer me this: Who are you and how did you find yourself? That may seem like mumbo jumbo non-sense, but keep in mind that babies are not born understanding that they are a separate being nor do they know that others exist. So that begs the question, how did you find your “self” and become aware that others exist? In this piece Nathan Palmer helps us answer these questions by discussing George Herbert Mead’s concept of “the I” and “the me”. And some how he also talks about Hammer-pants.

I wanted to strip off my clothes and spend the rest of the day walking around my whitey tighties. That somehow would have been less mortifying. I should back up.

It was the first day back from winter break during my 5th grade year and I had fallen victim to the convergence of three cultural trends. First, during the Christmas of 1991 I was infatuated with M.C. Hammer; frequently incorporating the phrase, “you can’t touch this,” into everyday situations. My mother, bless her heart, had sewed me multiple pairs of “Hammer-pants" (You know, the ones with the extra poofy legs).

Second, neon colors were, much like today, all the rage. My personal favorite color was neon green.

Third, nylon wind suits were momentarily popular. It was not uncommon for the kids at my school to swish down the hall in nylon from head-to-toe. It was cool, you’ll just have to trust me.

Christmas day 1991 these three cultural trends collided. I tore the wrapping paper off a long rectangular box and threw the lid off. I screamed with joy as I pulled out a blinding neon lime green wind suit and Hammer-pants combo. I rocked that suit everyday of break and couldn’t wait to strut down the hall the first day back. 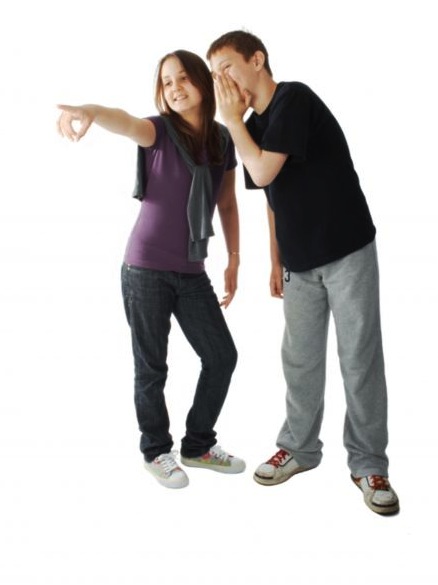 As I rolled up on Merle Beattie elementary my confidence was peaking. Walking toward the front door I took notice of my classmates looking, pointing, and whispering in each other’s ear. Right there, at that moment, I felt like I was “ballin” as they say. I gipped the entrance door started to pull it open when Damon, the coolest kid in school, hollered, “Eh! Palmer! You jumping out of a plane today or what?” Laughter erupted all around me and seriously contemplated stripping in public.

That was the day that I learned that others opinions of myself mattered more than my own. Sociologists George Herbert Mead would probably argue that feeling mortified that day I was a sign of a maturing sense of self. END_OF_DOCUMENT_TOKEN_TO_BE_REPLACED

Posted by Nathan Palmer under identity, Meade, Self & Society

Is Hollywood indoctrinating us to be more socially liberal? Many conservative critics have argued that the mainstream media has a strong liberal bias, but that’s nothing new. However, recently Jonathan Chait, a vocal liberal political writer, wrote a piece in New York Magazine where he argues that the conservative critics are correct, Hollywood is a Vast Left Wing Conspiracy. In this piece Nathan Palmer explores Chait’s argument and uses it to illustrate how all media is culturally produced and inherently biased. 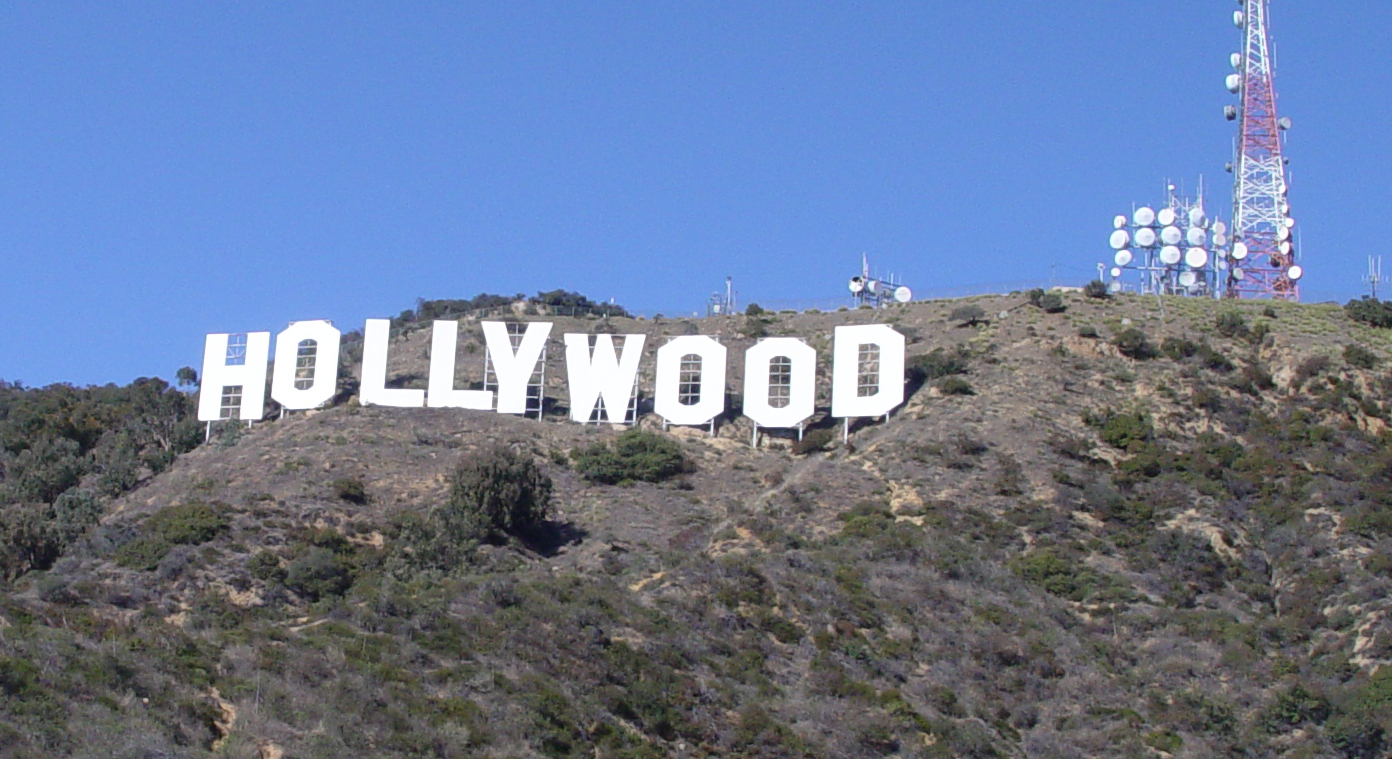 Hollywood is a liberal propaganda machine that is pumping out media that is pro-gay (Modern Family), pro-environmentalism (Wall-E), and anti-corporation (The Simpsons). This is the argument Jonathan Chait, a liberal social commentator, makes in a recent New York Magazine. In the 1990s, as Chait points out, conservative leaders fought against the pro-liberal bias in the media with groups like Christian Leaders for Responsible Television and Americans for Responsible Television. When 90s shows like Thirtysomething showed two gay men laying in bed together or Murphy Brown featured a main character who had a child outside of marriage conservatives like Vice-President Dan Quayle railed against Hollywood’s obvious liberal bias.

However, today there is almost no fuss made when shows like this fall’s The New Normal features gay couples parenting children. So what gives? Chait argues that perhaps social conservatives have given up the fight because this, “culture war is ongoing liberal rout.”

Regardless of your point-of-view media is sociologically interesting because it affects how we understand the world around us. Or put more sociologically, media is a cultural production that shapes how we socially construct reality. Let me explain.

END_OF_DOCUMENT_TOKEN_TO_BE_REPLACED

As sociologists we often encourage students to see the familiar as strange. That is, to look at boring, mundane, and unremarkable in your daily life with new eyes. Nothing is more unremarkable than trash. However, every community must communicate to it’s members how they should properly dispose of waste. In this piece Stephanie Medley-Rath uses a photo essay to show how one community socializes it’s visitors to be environmentally-friendly.

I recently attended the American Sociological Association meetings in Denver, CO. On my trip, I encountered different ways of dealing with trash in public. On the street, I encountered two sided trashcans: one for trash and one for recycling. 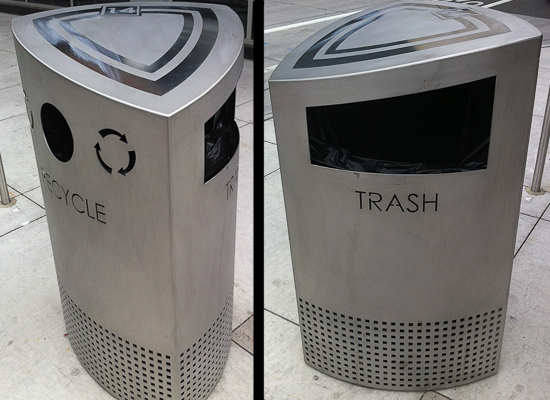 This type of container on a public street is not all that unusual. In all honesty, beyond aluminium cans, plastic, and paper, I still do not know what types of recyclables can go in the recyclable side of this container. This container’s basic design makes it difficult to just toss items into the recyclable side. The message it seems, is that of if in doubt throw it out. END_OF_DOCUMENT_TOKEN_TO_BE_REPLACED

Just a few decades ago, Asian immigrant communities were growing exponentially in and around Los Angeles County. Today, these immigrants’ Asian American children are establishing identities as they sift through a local multicultural terrain where Asians and Asian Americans are a numerical majority. In this post, David Mayeda uses the Fung Brothers’ (featuring Jsason Chen) recent video gone viral, “626“, to discuss the United States’ 1965 Immigration Act and its impact on the development of Chinese ethnic enclaves.

If you haven’t seen the recent video gone viral, “626″ by the Fung Brothers, featuring Jason Chen, go ahead and watch below (“626″ stands for the area code specific to much of the San Gabriel Valley in Southern California):

As this humorous and catchy video shows, significant aspects of Chinese culture have become fully integrated into the broader San Gabriel Valley community (or “SGV” as they say). Signage has been adapted with Chinese characters. Local eateries cater to Chinese immigrants, Chinese Americans, and really numerous Asian American ethnic groups. And most clearly exemplified in this video, young Asian American adults can find comfort and take pride in reppin’ the 626 from a distinct perspective that weaves together their ethnicity with popular culture. END_OF_DOCUMENT_TOKEN_TO_BE_REPLACED

Recently there has been quite a discussion of comments by Rep. Todd Akin about “legitimate” rape. In this post, Bridget Welch discusses how his comments are not so new and what they say for how we stereotype rape.

“What is rape-rape and what is rap-ished?” asks the satirist Kristen Schaal months before Rep. Todd Akin’s (Missouri) comments. In his discussion about why rape should not be a legal exception for abortion, he stated, “If it’s a legitimate rape, the female body has ways to try to shut that whole thing down.”

There are many things to be concerned about with this statement. Not least of which is that there seems to be very little understanding about how the female body works and how pregnancy occurs. Fact: Woman can, and do, get pregnant as the result of rape. Another concern, and what we’ll be tackling here, is the idea that rape can be more or less legitimate.

So, how is it possible that Kristen Schaal did her bit months before Akin’s statement? Simply because comments like Akin’s are nothing new. He is not the first to modify rape and discuss it as more or less real. They are part and parcel of America’s rape culture (read a description of rape culture here, but be warned, there is bad language). END_OF_DOCUMENT_TOKEN_TO_BE_REPLACED