50 Shades of Bacon … Through a Sociological Lens

These days, bacon is everywhere you look. The current darling of the food world, this once-unheralded third leg of the eggs and toast breakfast plate has achieved unprecedented levels of superstardom. In this post, Ami Stearns examines the bacon craze through a sociological lens. 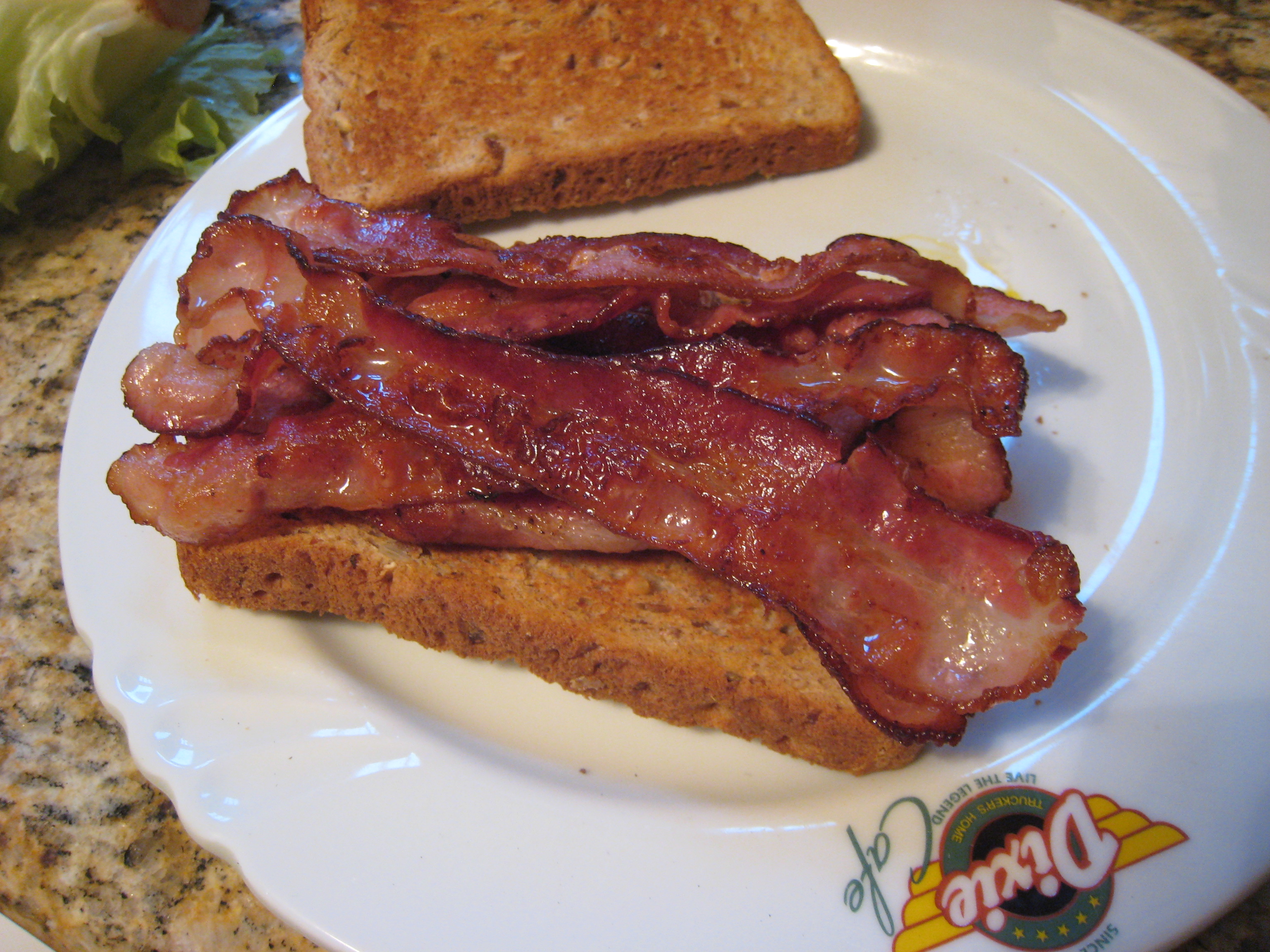 It could be that bacon is delicious and that’s the end of the story. But many foods are delicious: chocolate, steak, cotton candy…what is it about bacon that is suddenly so in-demand? There are probably more than fifty different sociological lenses we can use to interpret bacon’s current popularity, but I’ll focus on three: gender theory, symbolic interactionism, and Marxism.

Meda Chesney-Lind and other gender scholars have commented on the current feminist backlash that includes everything from heavily challenged abortion rights to controversy over what constitutes REAL rape. We can view our nation’s out of control bacon consumption with an eye toward new emphases on masculinity. According to researchers at Bellarmine University in Kentucky, meat eating is associated with masculinity, lending support to the idea that real men eat bacon (and steak, burgers, etc.). Could it be that bacon’s incredible popularity is embedded in a larger context of embracing manliness these days (for example, see Bacon, Beards, and Beer )? Bacon, though consumed heartily by both men and women, may be a reflection of everything that is not-feminine. After all, women love salad while real men eat real food.

What about Symbolic Interactionism? Symbolic Interactionism, as proposed by Herbert Blumer, says that we give meaning to objects and that these meanings are socially constructed by our interactions and communications with others in society. If we look at the timeline of bacon’s popularity, it appears to surge in the early 2000s. Might I suggest that this coincides with 9/11? Since then, the struggle to understand Islam in America through scare mongering and soundbites has resulted in a still-limited conception of one of the world’s biggest religions. What most laypersons do know for sure might be: no pork. I know this is a stretch, but stay with me. Might we be experiencing not only a feminist backlash, but an Islamic backlash? Is our in-your-face bacon consumption tied to notions of what it means to be a non-Muslim American? Sales of American flags, symbolic of what it means to be an American, rose to such high levels after 9/11 that many stores failed to keep up with the demand. We can think about what bacon symbolizes, not just how it tastes: manliness, a devil-may-care attitude towards cholesterol, or a food appropriate for non-Muslims to consume… in essence, a very “American” thing to eat.

Lastly, let’s think about “baconomics” through a Marxist lens. If you’re old enough to remember the nonfat-craze of the 1980s and 1990s, you might also remember that, beginning in 1987, pork was billed as “The Other White Meat.” But sales lagged until two forces collided: the Atkins Diet and a heavy PR push by the bacon industry. In other words, the market informed us about what we should buy- and we bought it. Marxism says that instead of need creating product, product creates need. That is, instead of producers responding to what consumers want, producers make products and the manipulate consumers into thinking they’ve always wanted it. In the case of bacon, the pork industry convinced a few fast-food chains to push bacon burgers, the Atkins Diet told us to eat bacon and other red meats, and a star was born. Capitalism constantly looks for new markets in order to support itself and increase profits. If the sale of a product (in this case, pork) is not creating profit, a new market must be created for it. When the emphasis shifted away from lean meats and nonfat products, bacon became the food industry’s strongest contender. Thanks to bacon, farmers now make more from livestock than crops, which hasn’t happened since the early 2000s.

In sociology, we don’t believe trends happen by accident. I find bacon wonderful- but just believing that it’s trendy because it tastes good is not going deep enough, sociologically speaking.