Ack! Invasion of the Pregnant Teenagers

Pregnant teenagers are currently a focus of popular media, yet teen pregnancy is at historic lows. Stephanie Medley-Rath explores why teen pregnancy is such a popular plot line in our entertainment, when the reality is so different? 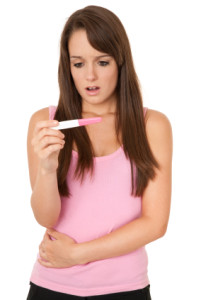 Pregnant teens have long fascinated me ever since I was a teenager. I had a difficult time understanding why anyone would choose to or accidentally become pregnant as a teenager. Of course, growing up the projectory of my life was always “once you graduate high school, then you go to college.” A baby as a teenager would have severely interfered with my plans of dorm-living and keg parties (and that pesky thing known as getting my degree). Though teen pregnancy was far from epidemic in my high school, it wasn’t exactly shocking. Today, the teen pregnancy rate is at a historic low.

If you watch TV at all, it sure doesn’t seem that way, does it?  Consider the following instances of teen pregnancy portrayals in the media in recent years:

Why is it that such a mismatch exists between our entertainment and reality? Is it because sex sells? Is it just that babies are adorable and we want to see more of them on television? Is it something more sinister? Are pregnant teens serving as some sort of scapegoat for our economic troubles? Is it just a coincidence in that perhaps the people writing this entertainment grew-up during an era when teen pregnancy was more common and this attention simply reflects the era the writers grew up in rather than the era in which the stories supposedly take place?

One role of the sociologist is to examine mismatches such as these. If we are influenced by media messages (and we are to some extent), then we need to be able to critically examine these messages. Examining the popularity of teen pregnancy in entertainment is a useful exercise in understanding the mismatch between reality and common sense. Because we see teen pregnancy everywhere in our entertainment, we have a tendency to continue believing that teen pregnancy is not only as common as it ever has been, but also that it is happening at younger and younger ages (people also ignore the fact that we can not get any younger at some point). Every semester without fail, my students tell me that teen pregnancy is a growing social problem even though the evidence suggests otherwise. Why does this misconception persist despite evidence to the contrary?