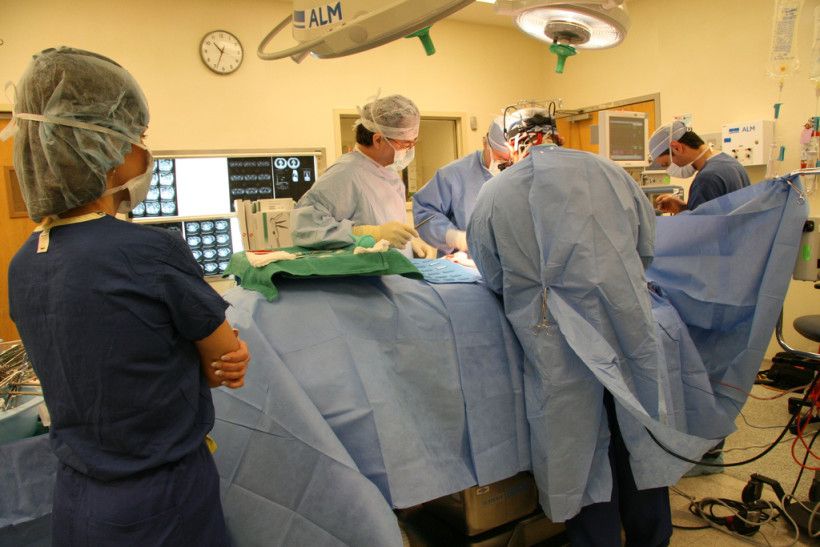 Bun in a New Oven: Our Social Bodies in the Age of Uterus Transplants

The Cleveland Clinic recently performed the first uterus transplant in the United States, giving a woman the opportunity to become pregnant. In this piece, Amanda Fehlbaum reflects on how such an organ transplant is not just biological, it is social, too.

We tend to think of reproduction as a biological concept. In school, we learn about how egg and sperm meet and offspring result after a certain gestation period. Reproduction, however, is deeply culturally constructed and not nearly as simple as it appears. Technological advancements make the situation even more complex and demonstrate how childbearing is far from just biological.

Take, for example, news that surgeons at The Cleveland Clinic have performed the first uterus transplant in the United States. An unnamed 26 year-old woman, born without a uterus, received a uterus from a deceased donor after a nine-hour surgery on February 24, 2016. She will have to wait a year before trying to become pregnant through in vitro fertilization. After one or two pregnancies, the uterus will either be removed so that the woman can stop taking medication to prevent organ rejection or allowed to be rejected and wither away.

There is a propensity in our society to see the body as a biological object rather than something that must be understood within a social, cultural, and historical context. Women’s bodies in particular have a wide variety of norms, taboos, and expectations placed upon them, as seen in a previous Sociology in Focus piece. In fact, women’s bodies are largely tied to their reproductive abilities and some women, like the 26 year-old, yearn to experience pregnancy.

In a piece from The New York Times about uterus transplants, the 26 year-old woman notes that she had always assumed that she would have children. She was devastated to learn at age 16 that she had ovaries, but no uterus, due to Mayer-Rokitansky-Küster-Hauser syndrome. She wondered if anyone would want to marry her if she could not bear children. Ultimately, she did marry and adopted two children; however, she still wanted the experience of pregnancy:

“I crave that experience. I want the morning sickness, the backaches, the feet swelling. I want to feel the baby move. That is something I’ve wanted for as long as I can remember,” she said.

In addition to being healthy, the 26 year-old woman also had to meet many eligibility requirements. Candidates for transplantation must be in stable, problem-free relationships because they will need support and help from their partner. The candidates are also screened for psychological disorders and are interviewed to ensure that they are not being coerced into participating. The woman also noted that she has support from her religious community. Members of her non-denominational church prayed that she would receive the transplant.

Financial resources are an additional factor. The transplant and pregnancy costs are paid for by health insurance and research money from Cleveland Clinic. However, as the 26 year-old woman lives over 1,000 miles away, she will be responsible for food and lodging (or move to Cleveland). Economic concerns underlie why the woman and her husband did not choose surrogacy; they could not afford it.

All of these criteria underscore how the body is not simply a biological entity. The body is shaped by a complex relationship between the biological and the social. Although the 26 year-old woman did adopt and investigate the possibility of surrogacy, the lead doctor on the uterine transplant project acknowledged that is not the case for everyone. “There are women who won’t adopt or have surrogates, for reasons that are personal, cultural, or religious,” Dr. Andreas G. Tzakis said. He also believes that transplantation was more ethical than surrogacy, stating that with surrogacy, “You create a class of people who rent their uterus, rent their body, for reproduction… It possibly exploits poor women.”

Uterine transplant are just the latest innovation for childbearing. For example, the first “test tube baby” was born in 1978; now there are over five million babies born from in vitro fertilization worldwide. The unnamed 26 year-old woman was the first to have a transplant in the United States, but the surgery has the possibility of impacting about 50,000 women in the United States who have damaged, missing, or removed uteruses. Such changes lead us to reconsider how we talk about and view the body, especially since it is not just a biological entity.

Medicalization is the practice of redefining conditions and behaviors as medical issues. For example, fertility used to be seen as a personal problem, reflecting negatively on either the maternal qualities of the mother or the virility of the father. As fertility became medicalized, treatments and reproductive technologies were developed and became more acceptable. In Body Studies, anthropologist Margo DeMello explains that the use of reproductive technologies makes a sharper distinction between biological and social parents. In other words, as parts of bodies can be moved from one to another (as in the case of uterine transplants) or out of and back into the same body (as in the case of in vitro fertilization), we must readjust our conceptions of the self, including concepts of mother and father. We even have to readjust our ideas of sex, reproduction, and what is “natural.”

Overall, we may continue to view the body as primarily biological, but as long as we take the social into account, we will be better positioned to answer questions that arise as uterine transplants become more commonplace.

Image by Artur Bergman via flickr. Note: This is not a photo of someone receiving a uterus transplant.