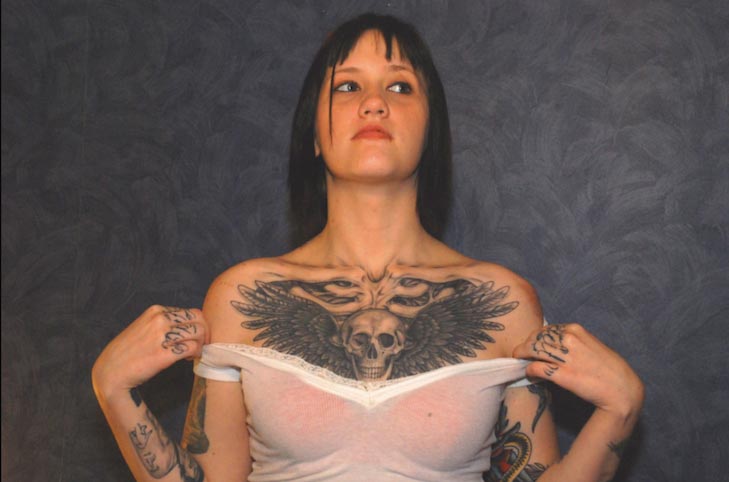 In this essay, Beverly Yuen Thompson talks about how more women than ever are now getting tattooed. Women who collect many tattoos may go against popular ideas of expected feminine behavior, and therefore can be subjected to public social sanction. 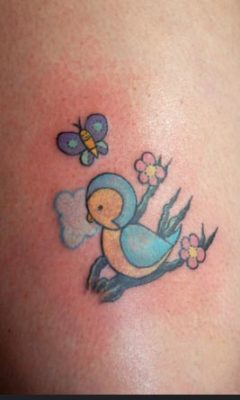 According to a recent Harris Poll (2016), more people than ever are getting tattooed, and the largest increase has been among women. Many people do not first think of women when we think about tattoos, because the practice has historically been associated with hyper-masculine subcultures such as bikers, gang members, and athletes. Therefore, for women, becoming a tattoo collector is wrapped up in the idea of a particular gender performance that may be at odds with what is traditionally thought of as feminine. While women may collect tattoos that are small, cute, and hidden, to accentuate their feminine performance, tattoos that are outside of these parameters may cause social backlash. Some heavily tattooed women have reported that strangers on the street may grab at their tattoos, or say things such as, “you’re such a pretty girl, why would you do that to yourself?” This brings up an important sociological question: what does having tattoos have to do with one’s gender or attractiveness?

Philosopher Judith Butler is well known for her books Gender Trouble (1990) and Bodies That Matter (1993) where she challenges a purely biological basis for gender, and instead, argues that gender is based on performativity or behavior. For example, think of the ways in which men and women take up space differently with their bodies and voices. When you think of loud voices at the gym—are they male or female? The idea of “man-spreading” has been talked about lately—a man with his legs spread wide, taking up excessive space on the subway train, while others are delegated to stand. This contrasts with how women are trained to keep their legs tightly pressed together, especially when wearing a skirt.

Butler argues that gender is far more complex than the simplistic notion of “sex versus gender” as a parallel to “body versus culture.” Nearly all behaviors are filtered through a gendered performativity, and the body itself is physically entwined with material culture. Silicone implants are placed inside women’s breasts to achieve a hyper-feminine ideal, even at the expense of women losing sensation and physical pleasure through the surgery. Gender performance is not simple a question of hairstyles and clothing, but present in everything we do.

Butler also claims that gender identity can be an unstable category for some, liable to break down or change over time. For example, many people fall outside of dichotomous gender categories—they don’t feel necessarily totally masculine or feminine, but somewhere in between. In order to expose this process that makes gender seem natural, Butler proposes to make visible the processes we go through to create our gender performance. Butler feels that the act of performing drag—dressing as the opposite gender or else dressing in an accentuated and playful way that is hyper-masculine or -feminine, can expose the underlying work that goes into all of our gender performances. Drag makes gender into a parody of itself.

My Body, My Ink

For men, getting a tattoo can be simply aligned with their gender identity—it makes them more masculine. For women, getting many tattoos, can violate social norms of expected behavior particular to their gender. Such social sanctions can be glares or comments that reflect the transgression. Tattooing skulls and snakes on one’s arms might be fine for a guitar playing male rock star, but it might get several looks on the arms of a woman wearing a dress. The women that I interviewed for my book, Covered in Ink, redefine their idea of feminine beauty to include being heavily tattooed. They love the way that tattoos accentuated their body and made it more customized, their own interests pictured on their skin. You can watch the documentary Covered to hear their voices:

If you look hard enough, or get good at it, sociological theory can be found in the everyday. In this post, Ami Stearns explains how audienc…