Have you ever heard a woman say, “she just knew” when she was pregnant, well she was wrong. According to a new Arizona Law, pregnancy occurs two weeks before conception. In this post, Stephanie Medley-Rath discusses how this redefinition affects women and what it means for the social construction of pregnancy.

Did you know you can be sort-of-pregnant? 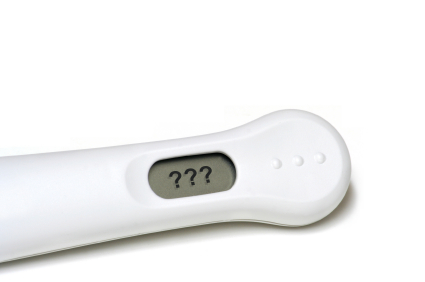 Arizona’s House and Senate have passed a bill that redefines pregnancy as occurring two weeks before conception.

No longer are women simply pregnant or not. This law frames women as in a constant sort-of-pregnant state. If women are always sort-of-pregnant, then should we all expect they “behave as pregnant women should” just to be safe?

So how does someone act pregnant?

For me, pregnancy involved a lot of avoiding forbidden foods. I steered clear of alcohol, lunch meat, brie, smoked salmon, peanut-based foods, caffeine, and sushi. The science behind all of these forbidden foods is sketchy at best and fairly ethnocentric, but that’s a conversation for another day.

As someone who is sort-of-pregnant, I should avoid water skiing, amusement park rides, bicycling, scuba diving, saunas, snowboarding, horseback riding, and a host of other activities.

Pregnancy means you get to go to the doctor (or midwife if you are so lucky to live in a state where midwifery is legally supported) a lot. My nurse-midwives (overseen by an obstertician-gynecologist) saw me monthly at first and then weekly as my estimated due date became closer. I suspect that the sort-of-pregnant will need to be seen less frequently than the totally-pregnant, but probably more frequently than the formally not-pregnant category of women who tend to see a doctor for an “annual” exam to procure more birth control pills and get screened for lady-part cancers once a year.

Now all of us sort-of-pregnant women know what to avoid and what to expect by our new status.

Though many of us have been surprised by this legislation in Arizona, is it really all that shocking? Women historically (and cross-culturally) have been limited in sports participation and educational opportunities because of their reproductive abilities. Prior to Arizona’s attempt to dominate the news by passing such offensive legislation, oral contraceptive marketers were already re-recognizing the sort-of-pregnant by creating birth control for the sort-of-pregnant women: folate-enhanced birth control.

Folic acid is thought to be great for pregnant mothers and for women trying to get pregnant. So why would you include folic acid in birth control? Isn’t that expecting failure[1. I should note that many women take birth control for many reasons. Preventing pregnancy is only one of them.]? Will Trojan condoms soon come with a pregnancy test in the box?

Folate-enhanced birth control is just more of the same birth control marketing gimmickry oral contraceptive companies have been using for years, even if it is probably a good idea (though if you aren’t taking the pill and wind up pregnant, you still aren’t getting the folate).

Taken together, the Arizona legislation and folate-enhanced birth control pills provide interesting (and scary) insight into a shift in the perception about when pregnancy begins. The medical definition of pregnancy is being challenged by legislatures and corporations.

No matter your take on redefining all women as sort-of-pregnant, Target has got to be the most frustrated. After all, Target’s statisticians have nearly-perfected an algorithm to predict which of their customers are pregnant. Perhaps the corporations know more about the signs of pregnancy than medical authorities or legislatures.