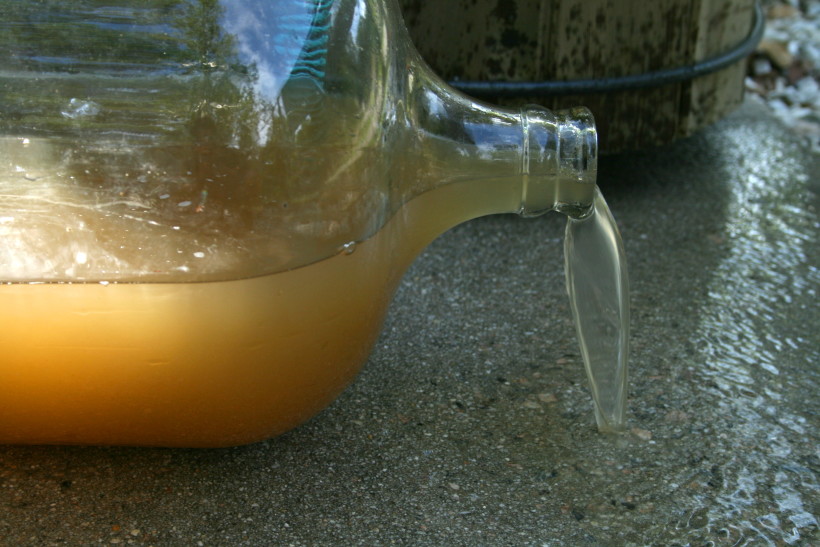 Don’t Drink the Water: The Crisis in Flint from a Sociological Perspective

When something bad happens, often people’s first instinct is to blame themselves rather than look at the larger social context in which it happened. In this essay, Amanda Fehlbaum explores the way that the water crisis in Flint, Michigan, went beyond being one woman’s private trouble and became a much larger public issue.

The news about Flint, Michigan’s water crisis has been both heartbreaking and frustrating to learn about. A recent report from The Guardian claims that “every major US city east of the Mississippi” tampers with their water tests in order to give lower indications of the amount of lead in drinking water. Such a claim is very serious and cities around the country are now looking into the lead levels in their own drinking water. I live in a suburb of Youngstown, Ohio. While no notices have been given about my drinking water have been made, another Youngstown-area community in my county found lead levels that exceeded federal standards. Given that you cannot see, smell, or taste lead in the water, you have to place trust that your water department has your best interests in mind.

Lead in water can lead to delays in physical and mental development in infants and children as well as kidney problems and high blood pressure in adults. Lead can also accumulate in the body in kidneys, teeth, bones, and the liver and be released during times of stress, when bones break, or during pregnancy. Amount of lead in water is measured in parts per billion (ppb). Water tests that reveal 15 ppb are meant to trigger measures to lower the level, although The Washington Post states that even 5 ppb are cause for concern.

The Environmental Protection Agency (EPA) states that lead poisoning through ground water affects very old and very new homes. Homes built prior to 1930 likely used lead pipes rather than copper for interior plumbing as well as for some service connections. For newer homes, the pipes used have not had the opportunity to build up a coating of minerals that insulates water from lead solder used on copper pipes. Thus, federal rules require that water have corrosion control treatment added so that lead and other heavy metals do not leach into the water regardless of the age of the pipes.

In reading about the water crisis in Flint, I kept coming across the name Lee Ann Walters. She started to investigate her water after her twin sons kept getting rashes after playing in their outdoor pool and after being bathed in the summer of 2014. Walters’ family stopped drinking the water when it started to turn brown in December 2014. The water department found that the Walters’ water contained 397 ppb of lead. The orange tinge was due to iron and the corrosion of the pipes; lead is not visible in water. Walters told a reporter for Michigan Radio:

Walters took her sons to get tested for lead and, unfortunately, her son Gavin had lead poisoning. In addition to the rash, Gavin was underweight, his hair was thinning, he had anemia from the poisoning, and he was having speech problems. A state nurse tried to reassure Walters:

The state nurse told me, ‘Oh I understand your son has lead poisoning, but it’s not as bad as it could be, he’s only going to lose a few IQ points.’ No, that’s my child. How would you feel if someone told you that about your child? How is that fair to him?

The Walters family stopped drinking and bathing in the water completely, but Lee Ann Walters did not stop trying to draw attention to the problem. She contacted the EPA and the water expert who visited her home, Miguel Del Toral, wrote a preliminary memo detailing the severity of the problem. After the EPA did not act, Walters contacted Curt Guyette at the American Civil Liberties Union of Michigan and the memo was released to the media. Michigan Department of Environmental Quality still did not intervene. Walters contacted Dr. Marc Edwards, an environmental engineer at Virginia Tech University, who brought a team of researchers to study Flint’s water in the summer of 2015. Walters was present when Dr. Mona Hannah-Attisha, pediatrician at a nearby hospital, announced that children age 5 and under in Flint showed double the amount of lead in their blood after the switch to Flint River water compared to non-Flint children. Flint connected to a safer water supply in October 2015, but the water remains unsafe to drink due to the corroded pipes. President Obama declared a federal emergency in Flint on January 16, 2016 and pledged $80 million to rebuilding Flint’s water infrastructures on January 21.

Miguel Del Toral, the EPA water expert and author of the memo denies being a hero in this situation. He said, “If there was a hero it was Lee Ann. This wasn’t affecting her family anymore. They had stopped drinking the water. She could have just sat at home and she didn’t. She kept calling me, asking for information throughout.”

Looking Beyond the Individual

In C. Wright Mills’ The Sociological Imagination, he describes personal troubles as private matters that occur within the individual. The person feels their values threatened. Obviously, the health of one’s child is very personal thing; however, it went beyond that for Walters. She had believed in the integrity of an institution and that trust was shaken.

Walters helped draw attention to the water as a greater public issue. Public issues occur within the larger structure of historical and social life. The public’s values feel threatened. Flint’s residents took jugs of their discolored water to city council meetings, yet officials insisted that the water was safe to drink. This leads many to question why this issue persisted for so long without state intervention. Some point to Flint’s demographics: 41% of the residents live below the poverty line and 57% of the residents are African American.

Using our sociological imaginations means being able to see that personal troubles can be, and often are, public issues. In other words, we cannot just focus on the individual and ignore the social context. This water crisis is not just a public health issue or an issue of pipe infrastructure – it is a social issue. As Flint recovers, many families’ personal troubles – learning disabilities, behavioral issues – caused by the disregard for corroding water pipes will be linked to further public issues such as special education, lost productivity, juvenile delinquency, and incarceration.

Using symbolic interaction theory as a basis, Jesse Weiss examines declining environmental sentiment in the United States and explains that …