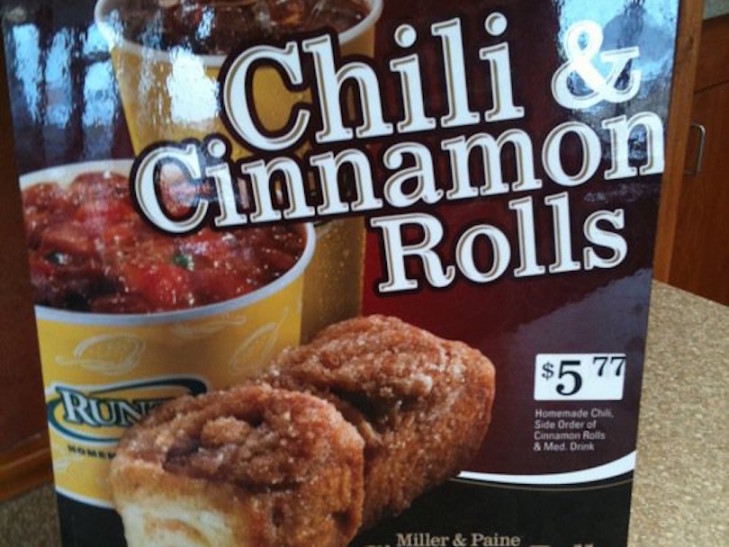 It’s easy to judge other cultures as being weird or gross, but doing so limits our ability to understand them. In this piece Nathan Palmer uses food preferences to illustrate how every culture has elements that shock or offend ethnocentric outsiders.

I was 30 years old when I discovered that chili and cinnamon rolls wasn’t a thing everywhere. I moved to Georgia and learned that people outside of the midwest thought this food pairing was, “disgusting!” However, I’d challenge that we can all agree that cinnamon rolls are delicious and therefore it’s always a good time to eat one, but let’s get back to the sociology. Taste and food preferences are elements of culture and my love for chili and cinnamon rolls and your disgust illustrates two important sociological concepts.

If you study culture long enough, you will come across something that shocks you. How you handle that feeling of shock will fall somewhere along a continuum with ethnocentricity on one end and cultural relativism on the other. A continuum describes the relationship between two extremes that gradually changes as you move from one end to the other. A dimmer light switch is a good example of a continuum. At the bottom the lights are all the way off, but as you slide the switch up the light gradually increases until you reach the top and maximum brightness.

It’s hard to be a cultural relativist when another culture is doing something that you feel is morally wrong. However, it’s important to remember that all cultures do things that outsiders find morally wrong. Meaning that if you could see your own culture from the eyes of people from other cultures, you would likely find that your own culture does things that are hard to defend.

For instance, people in the U.S. and the government are quick to chastise countries like China for not allowing their citizens to be free and speak their mind. However, the U.S. incarcerates more of it’s citizens than any other country in the world. The point is, ethnocentric people only need throw a few stones before they discover that they live in a glass house[1].

Sociology implores its students to “see the familiar as strange.” This means that to study your own culture, you need to try to see it as strange (or as an outsider would). In this case let’s look at some food items that will be familiar to many U.S. residents as though they were strange or new to us. Here’s just two examples:

Cultural relativity begs us to be humble about our own culture and remember that it too has idiosyncrasies, oddities, or morally dubious aspects. We should be cautious about judging other cultures as scientists because it is difficult if not impossible to judge something and deeply think about it at the same time. Withholding judgment, even if just for a moment, can help us to better understand the behavior of people who are different from us.