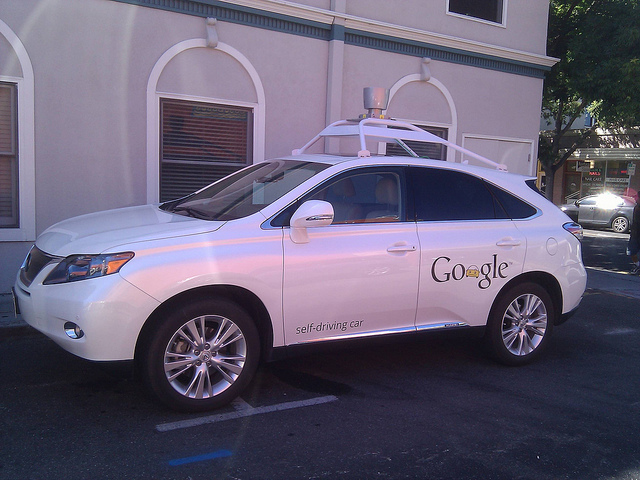 Can a robot follow human-made norms? In this post, Stephanie Medley-Rath wonders how autonomous cars can navigate both driving mores and folkways.

I loathe driving. If someone else volunteers to drive, I will almost always take them up on that offer. I am perpelexed by rich celebrities who cause car accidents, are charged with a DUI, or sometimes both(!). When I become a rich celebrity, my first major purchase will be to hire a driver so that I never have to drive myself again. Since I chose a career path not paved with gold, I will have to settle for saving my pennies until autonomous cars make their way into my price range.

The arrival of autonomous cars for regular people (i.e., not rich celebrities) seems to be fast-approaching and is coming up in more everyday conversations. Critics and talking heads are asking questions such as:

As a sociologist, I am particularly interested in the second question: how does an autonomous car know what to do? These cars can be programmed with sensors to negotiate obstacles, with rules encoded in software to follow the law, and gps so the car knows where to go. But is this enough? Can autonomous cars be programmed to learn and adapt to all driving norms? Can all driving norms be written into a rule that a robot can follow?

This point was reiterated in a recent New York Times article, Google’s Driverless Cars Run Into Problem: Cars With Drivers. Autonomous cars are programmed to follow the law or mores. Mores are norms that are thought to be so essential that they are typically written into law. Most drivers, however, do not strictly adhere to driving mores. Drivers do not come to complete stops at stop signs. They speed up to make it through a yellow light instead of slowing down to stop at the soon-to-be red light. They drive above the speed limit. People use hand or eye gestures to communicate with one another about who should go first through a four-way stop instead of following the right-of-way rules.

In addition to mores, there are a number of driving folkways-or norms not strictly enforced. Let’s consider norms about merging lanes using two different scenarios.

Consider the case of drivers merging in an approaching construction zone. It seems reasonable to assume that construction zones could be programmed into the car’s software so that it knows exactly where to merge and which lane to merge into without needing to observe other cars or read signs as a human driver needs. But what about unexpected merging? What if there is a car accident which requires people to merge unexpectedly? How would an autonomous car know when and how to merge in this situation?

Merging lanes in both scenarios requires turn taking. Does turn taking imply one to one (i.e., you go, then I go) or is turn taking more complicated? In the construction zone case, humans determine who gets to merge based on the other driver’s behavior. If the merging driver knew well in advance that they would have to merge and they failed to do so, other drivers may either let the merging driver in immediately or they make the merging driver wait for the next car to let them in. The merging driver who ignored the signs warning of the necessary merge has violated the folkways associated with merging. How would an autonomous car know the difference between the driver who has been trying to merge, but has not been able to and the person who flew up to the front of the line and is cutting?

Further complicating programming folkways in addition to mores into an autonomous car is that they both vary geographically. I learned to drive on what can only be described as one-and-a-half lane country roads (that must accomodate both a car and a combine during harvest season). I later moved to Atlanta, GA to attend graduate school and had to learn a new style of driving. Eventually, I moved back to farm country. I remember sitting behind a left-turning car at an intersection once I returned to farm country. I also needed to turn left. I thought, “Why isn’t this car turning?! There is plenty of time for us both to turn if you just turn now!” And then I had a realization. There was no need to rush a left-hand turn in this environment. If I did not turn now, I would be able to turn a few seconds later. In Atlanta, you turn left at the first available opportunity because if you miss your chance, you might sit for another five or even ten minutes waiting for the chance to turn.

My point? How would an autonomous car know the driving culture of a community? How does one program a car to adapt to different driving cultures? At least one company is working on humanized driving to account for folkways in addition to mores. From what I can tell, however, they are focused on developing driver profiles to add to geographic mores. This leaves out the geographically-based folkways that work alongside individual driving preferences and the legal system of geographical area.