Due to the Lapse in Gov. Funding, This Post Can Not be Written

Last week the federal government failed to fund itself due to a dispute over funding the Affordable Healthcare Act. Federally funded agencies like the Food and Drug Administration and the Center for Disease Control were shut down (with a essential services remaining operational). In additional national parks, monuments, museums, etc. were all shuttered. In this post, Stephanie Medley-Rath explains some of the ways the federal government shutdown impacts professional sociologists. 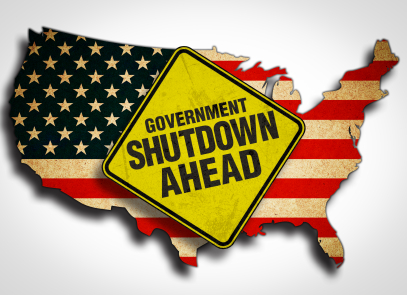 There are many careers sociologists hold once they earn their degrees. I hold a tenured teaching position at a community college where I get to teach sociology among other duties. Many sociologists do not teach or work in higher education at all. Many sociologists work for the federal government.

Sociologists work for the Center for Disease Control, National Institute of Health, the U.S. Census, the Bureau of Labor Statistics, among other federally funded government agencies.

Fortunately, Bridget Welch pointed me to the Wayback Machine to get data that was up to date as of last Monday, September 30, 2013. I was able to finish that post. Unfortunately, I taught a class today in which I use a table from the U.S. Census and forgot to find it using the Wayback Machine link prior to class. My students had to settle for the grainy, paper copy.

So yes, this government shutdown is crimping my teaching style. It could be worse, at least I’m not furloughed, as many sociologists working for the federal government are in organizations such as the Center for Disease Control and Prevention:

I could also be a graduate student or a faculty member applying for research money through the National Science Foundation (NSF) or the National Institute of Health (NIH) right now. If I were, my research could be delayed. If I am a student, this has implications for my timeline to graduate. If I am a faculty member, this could delay or derail a tenure vote. If my research is currently funded by a NSF or NIH grant, I might have to suspend my research, which migh be manageable for some research programs. My research, however, might be time sensitive, such as the research scientists  were planning to conduct in Antarctica (these researchers are probably not sociologists).

While it might be easy to brush off NASA and North Pole expeditions as silly things the men of The Big Bang Theory do (see Wolowitz goes to space, North Pole), the suspension of government research matters. For example, it might be useful to know what flu activity currently looks like as flu season just began. NPR summarizes economist Justin Wolfers’ point that “we can’t tell how bad the government shutdown is for the economy because of the government shutdown.” In other words, we have no data right now, so we do not know how bad things really are.

The flipside of a lack of data? We can find out if ignorance really is bliss.