Heard the word “Ebola” lately? This rare and exotic disease has become a household term in America over the past few weeks. In this post, Ami Stearns suggests that our fear of Ebola might be better understood from studying our fear of outsiders. 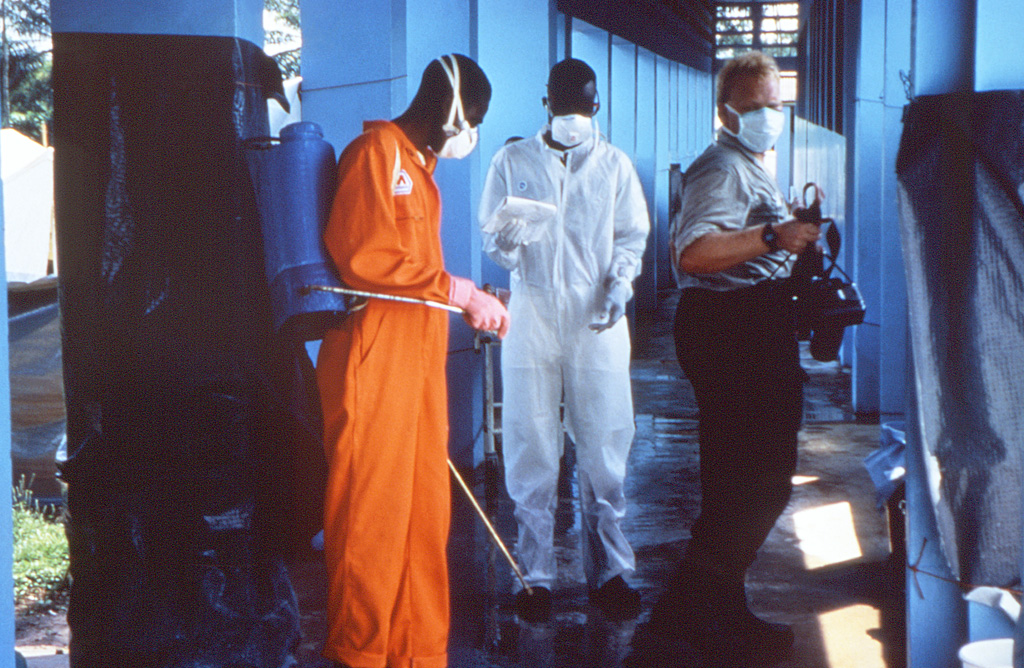 I don’t mean to sound like an alarmist, but something must be done about this disease NOW. Deaths due to the highly contagious virus are estimated at anywhere from a low of 3,000 to a high of 49,000 in America. Every economic resource at our disposal should be employed to warn our citizens of this imminent danger. Public service announcements should be tailored to alert everyone about the threat of contagion and the measures that can be taken to stop the terrifying progression of this often-fatal illness. This is no new disease either. If we aren’t very careful, we could see a repeat of 1918-1919, where this epidemic caused the deaths of 20 to 40 million people worldwide. Every media outlet should be covering this potential disaster relentlessly!

What am I talking about? The flu, of course!

First, let’s agree that this is an awful disease. The symptoms are frightening and the uncertainty surrounding the illness only adds to its menacing reputation. Still, whether we know it or not, we are constantly surrounded by potential disaster. Why this persistent media focus on Ebola? Does it represent some new threat that is really and truly going to wipe us out?

What if we frame Ebola as a moral panic? That is, let’s think about how to consider an illness as something that is, at its core, moral. Sociologists Erich Goode and Nachman Ben-Yehuda suggest that examining what a society becomes panicked about can tell us a lot about what that society values. For example, the “crack baby” scare of the 1990s, when framed as a moral panic, tells us how society felt about pregnant women’s control over their own bodies. Goode and Ben-Yehuda outline five characteristics attributed to moral panics.

1. CONCERN. Is there widespread concern? Are we concerned about Ebola? Absolutely. I hear the word “Ebola” at least five times a day (unscientific observation).

2. HOSTILITY. Is there a negative attitude toward the group believed “responsible?” Africa, as a continent, has historically been represented as a place of conflict, hopelessness, poverty, and disease . Ann Coulter’s rant on Ebola categorized African nations and other Third World countries as “disease-ridden cesspools”. This sentiment clearly goes a long way in affirming hostility toward Africans.

3. CONSENSUS. Is there some consensus about the group responsible? Does the responsible group seem weak, ineffective, and dare we imply…non-white? Some perspectives on the Ebola scare center on the fear of African bodies and of foreigners disturbing Western, white bodies.

4. DISPROPORTIONALITY. Is the action taken out of proportion with the actual threat? Researchers and experts suggest policies like airport fever checks are a total waste of time and resources.

5. VOLATILITY. Is this “scare” going to suddenly disappear almost as quickly as it appeared? Though it’s far too early to guess, other “panics” in the past have followed the same trajectory (remember mad cow disease, swine flu, bird flu, SARS, anthrax, Kony 2012?).

If examining what scares a society tells us something much deeper about society’s values, what can we guess about the Ebola panic? I’d like to suggest that our fear of this virus has more to do with our feelings about immigrants and outsiders than it does our fear of dying. National concern about immigrants runs in cycles, from fear of the Chinese to concerns about the Irish and Germans, our hostility against immigrants is often framed as fear of disease. Many Americans have expressed open hostility toward undocumented Mexicans over the past few years. These debates over who should and should not be let in to our country take on added meaning when framed as being contaminated by a diabolical disease. It could be that Ebola, a very rare and difficult-to-catch virus, is the perfect vehicle not for destroying American lives, but for carrying messages of anti-immigration.