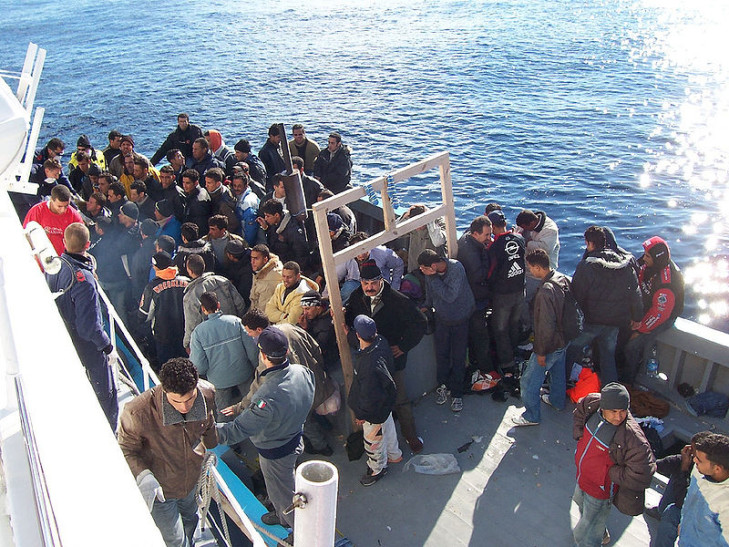 Nobody likes being told they have it easy, especially if they’ve overcome obstacles to get where they are. This is one of the reasons white people sometimes find the term white privilege bothersome, perhaps even offensive. The fact is, people from all ethnic backgrounds typically need to work hard in order to get through life, including those of European descent. Consequently, understanding and accepting white privilege can be a difficult task. In this post, David Mayeda takes an example of a recent New Zealander who moved to London to inspect the concept of white privilege.

The New Zealand Herald recently published a letter written by a young, ambitious New Zealander named Alex Hazlehurst who moved to London aiming to expand her professional work experience in broadcast journalism. Titled, “I’m talented. I’m hard-working. I’m blonde. So why can’t I find a job in London?”, Hazlehurst explains, she arrived in London with a university degree, solid work experience and a positive attitude. In turn, she expected to find meaningful work relatively quickly.

Unfortunately upon arrival, Hazlehurst encountered a London employment market that was cut-throat and highly competitive: “It doesn’t matter if you are Kiwi, Aussie, Canadian or British; London has become the Hunger Games of employment. So much so, a job will go up online and within 48 hours it has 786 applicants.” Indeed, tough odds for any applicant.

Hazlehurst explains further, the inability to find gainful employment had rippling effects on her morale: “It was starting to feel like this city hated me. I was angry, broke, drinking a lot, and lacking any of the confidence I arrived with four months ago.” Fortunately, Hazlehurst persevered, landing “a permanent job, at a great company, in the heart of Leicester Square.”

Undoubtedly, it takes courage for a 25-year-old to move half way across the world to a city twice as big in population as her home country. Likewise, it takes talent and determination to grind through the process she did to find meaningful work. So if this individual struggled to succeed, how could she be privileged? How might she have white privilege?

Before I get into this, let me disclose, I am assuming Hazlehurst is white, or Pākehā as they say in New Zealand; she describes herself as blonde and looks white in the article’s picture, though she could be of multi-ethnic ancestry. Getting back to the topic, let’s begin with the fact that this young woman moved to London to find work by choice. Prior to making the move, Hazlehurst “worked as a producer for TVNZ’s Breakfast for almost two years and later for NewstalkZB…” In other words, she did not move to another country out of occupational need. To the contrary, her degree in broadcast journalism had landed her impressive work in New Zealand.

Hazlehurst’s experience stands in strong contrast to that of migrants and refugees from Africa and Asia traversing the Mediterranean Sea and Bay of Bengal in hopes of finding work. As discussed in a recent SIF post, “Between January 1 and April 26, 2015, approximately 27,722 migrants attempted to cross the Mediterranean Sea and 1,721 died (6.21%).” Okay, granted, that’s a pretty extreme comparison. Let’s look at research more comparable to Hazlehurst’s case.

A 2013 study based on twenty life history interviews with skilled migrants originally from Indian Punjab moving to Britain, found a common pattern of downward occupational mobility. For instance, in one case a Punjab nurse spent a year working in a sandwich factory, needing to improve her English skills before she could apply for her nursing diploma to be recognized by the British Nursing and Midwifery Council. A software tester originally from Delhi “spent 18 months applying for jobs in Britain without getting a call” (p. 188). The shared experiences amongst these Indian skilled migrants that contributed to their downward occupational mobility included:

Thus, migrants of color coming from more impoverished backgrounds are more likely to experience significant downward career trajectory than someone like Hazlehurst. This does not mean Hazlehurst lacks talent, is lazy, or had it easy. But there are clearly elements of her background that make her more privileged than the average Indian migrant moving to London or another European city.

Not having to cope with racism is a clear example of white privilege. Add on moving to a new country by choice, having one’s credentials recognized by the host country, speaking the host country’s language fluently, and one can clearly see a combination of factors that might not make Hazlehurst’s transition easy, but certainly easier than the typical ethnic minority’s transition.