I was recently reading about the film Elysium in Wired  (see, I don’t just read fashion magazines). I have not seen the film, but I am troubled by how the film  provides a futuristic portrayal of inequality by relying on existing global stratification for it’s backdrop (i.e., filming location):

In other words, utopia already exists in Vancouver, Canada, while a location complete with “dehydrated sewage” can be found in Mexico City, Mexico. Futuristic inequality is not really futuristic because already exists in 2013 in the form of global stratification. 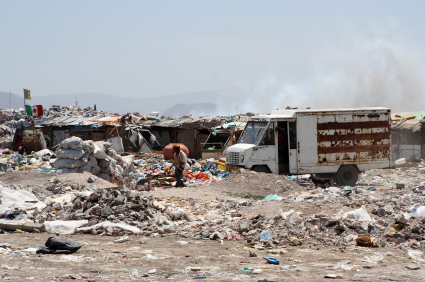 Let’s explore how Canada and Mexico compare with one another in 2013 on two factors: life expectancy and infant mortality.

Life expectancy refers to the number of years a person can expect to live given certain demographic characteristics. In this case, the key demographic variable is nation.

A longer life expectancy indicates that a nation has better access to higher quality health care. Moreover, nations with lower life expectancies tend to have higher rates of poverty and lower levels of education. In other words, life expectancy is one measure we (i.e., sociologists, demographers, public health workers), can use to gauge inequality. Let’s look at another variable, infant mortality.

In sum, a futuristic film such as Elysium can only be made on location if global stratification already exists.

You will use Table 3 to answer question 2.

Table 3. Unemployment and Poverty Rates for Canada and Mexico.