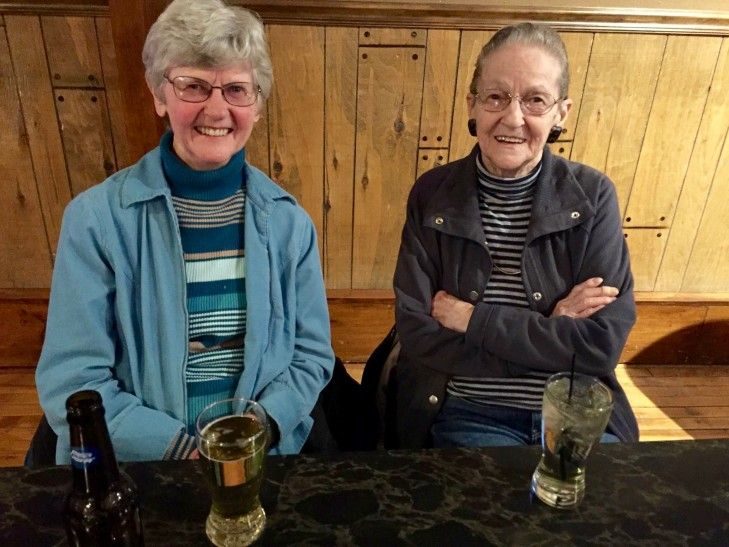 In this essay, April Schueths explores how our society is obsessed with youth and how this collective obsession influences our perspective of older adults and our attitudes toward getting older.

“Becoming older is a privilege denied to many,” the saying goes. But, are you excited about getting older? When I ask my students this question they often say things like, “No way!” and follow with a list of negative stereotypes describing older adults as sick, unhappy, slow, and sexually inactive. How do so many of us, including myself, come to this conclusion?

The aging population (i.e., individuals 65 and over) around the world is growing. In the U.S. alone, one in seven persons is now an older American, and this number is expected to double by 2060. As we’ve previously discussed here at Sociology In Focus with other concepts (seasons, time, etc.) aging is also socially constructed.

The U.S. has often been described as a youth obsessed society. Some have argued that aging is a fate worse than death. During 2014, nearly 13 billion dollars was spent on plastic surgery with the bulk of procedures performed on women 40 and older. The sale of anti-aging skin care products is also a booming business. U.S. consumers now spend more on anti-aging medications than on drugs for disease. Clearly people are feeling pressure to maintain their youth.

In sociology, we talk a lot about prejudice and discrimination. Prejudice is an attitude that can lead to negative judgments of people because of their social characteristics (e.g., race, ethnicity, gender, etc.). Discrimination, on the other hand, is the negative treatment of individuals because of their social location. I’d like to draw your attention to ageism, a particular type of prejudice and discrimination primarily targeted at older adults.

Like racism and sexism, ageism serves a social and economic purpose: to legitimize and sustain inequalities between groups. It’s not about how we look. It’s about how people in power assign meaning to how we look.

Examples of ageism include negative or few media representations, using negative language (e.g., geezer, over the hill, etc.), employment discrimination, just to name a few. The term ageism was coined in the late 1960s by Robert Butler, the founding director of the National Institute on Aging. Butler was raised by his grandparents and spent his career working to eliminate ageism (click here for a detailed history of ageism).

It’s been nearly 50 years since Butler coined the term, yet, ageism is still everywhere. In fact, some have called ageism, “The Last Acceptable Form of Discrimination.” Despite negative stereotypes about older adults, it turns out that perceptions about later life are often incorrect. Aging adults are generally happy, productive, creative, and sexually active.

Once again, we’ve learned that not everything is as it seems. Like other forms of bias, acknowledging our ageism is the first step, myself included. With more and more of us becoming older adults, ageism will likely continue to move to the forefront of our public discourse. Finally, creating equity among the generations must continue to be a national priority. Or as Butler (2005) argued in, Ageism: Looking Back Over My Shoulder:

Attention must be paid to the fair and equitable allocation of resources among the generations. People must be made to understand that efforts to deal with ageism are not intended to give older people a leg up over others, but only to ensure that elders receive an equitable share of society’s resources.

Photo provided by the author.