Hashtag activism emerged on social media and remains a popular method of campaigning for or against an issue. Users can protest an incident or raise awareness of a social problem with a click of a button with very little personal investment. Yet, for all its ability to raise awareness, hashtag activism seems like “activism light.” Can it really accomplish anything? In this post, Ami Stearns discusses how the #notbuyingit campaign has actually created real world change and argues that hashtag activism can be a form of effective feminist praxis.

Digital campaigns seem to appear out of nowhere, only to quickly disappear from Facebook, twitter, and the public’s attention. Remember #Kony2012? Suddenly, everyone from college sophomores to retired grandmothers wanted to bring attention to this previously unknown Ugandan warlord and his child army. But what real good came of “liking” the issue or hashtagging Kony’s name all over twitter? Was real change enacted? This type of awareness-raising campaigning has been called “slactivism” because it only requires tapping a computer key in order to feel that something has been accomplished. Hashtag activism has the ability to communicate complex problems succinctly and quickly, as well as mobilizing users efficiently. Also, hashtag activism does not involve the personal sacrifice or time investments usually required by in-person protests or campaigns. The phenomenon of digital activism begs the question: how effective is it? 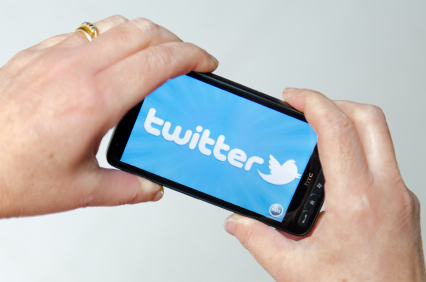 The Miss Representation organization is a non-profit group dedicated to fighting back against the misrepresentation of women in the media and in larger contexts. Their website reinforces their activist orientation, stating: “Consumers are using their power to celebrate positive media and advertising, and challenge negative media and advertising”. Miss Representation even has a phone app to assist users in digitally protesting negative and sexist portrayals of women in commercials, in the news, and even in products. Using the hashtag #notbuyingit, twitter users can target the offending company and hope to see real change take place.

This hashtag activism has succeeded in a number of instances. A t-shirt offered by a company on Amazon UK featured the phrase, “Keep Calm and Rape Them”. After a flurry of #notbuyingit tweets aimed at the company, the t-shirt was removed from Amazon UK’s website. The #notbuyingit protest against an offensive birthday card for teen girls resulted in Hallmark pulling the card from its inventory, promising to track down and destroy any remaining copies of the card, and apologizing, all within hours of the initial tweets. One of the leading manufacturers of Halloween costumes was pressured to remove several lines of sexualized ad copy from descriptions of women’s and girls’ costumes after a #notbuyingit protest last fall.

The success of the #notbuyingit campaign shows that hashtag activism can effect change in the real world. Feminists are champions of praxis, also known as “theory in practice.” Knowledge of inequality in the world compels feminists to not only raise awareness of the issue, but to call for change. Although hashtag activism has been accused of being ineffective, shallow, devoid of meaning, and depersonalized, the #notbuyingit campaign suggests that critiques of digital protests might be unfair.

Protests, demonstrations, and awareness-raising have kept a steady pace with the rise of social media in our society. Where campaigns and protests used to require investments of time, carry risks of personal safety, and require face to face contact, activists can now accomplish the same feats with a few keystrokes. For feminists who protest against the misrepresentation of women in our society, hashtag activism may be one of the more effective means of enacting real change.