Most of us recognize that we can’t possibly know 1,200 people well enough to truly be friends with that many people, yet we all know someone (and maybe even are that person), who seems to friend everyone on Facebook. In this post, Stephanie Medley-Rath explains how having numerous social network connections might be beneficial. 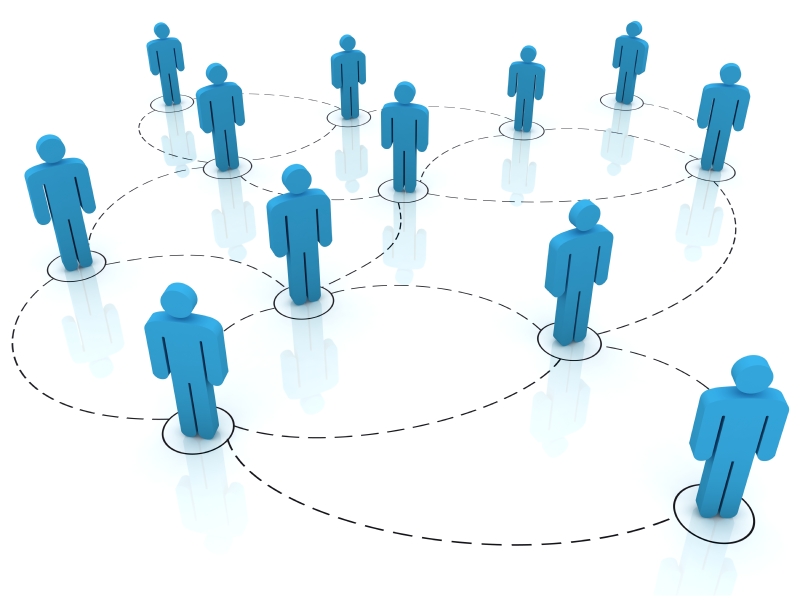 “I know. How can she possibly know that many people?”

“I only friend people I know in real life. I have no time to keep up with people I barely talked to in high school or only met briefly at a party.”

Have you ever had a conversation like the one above? Are you someone who seems to friend everyone on Facebook or are you more selective with your Facebook friend requests?

The main reason why a person tends to be critical of the Facebook user with numerous friends is that this Facebook user is elevating friend status to relatively weak social ties rather than reserving the word friend for people they really do consider to be friend. Facebook is using the word friend to really mean tie. These ties may be to people the person does not know very well. They might have never even met the person outside of the Internet.

Facebook allows us to visualize our ties to other people. A tie is the connection we have with another person. My Facebook ties (friends) include family members, friends, co-workers (not supervisors), former students (not current), classmates from school (high school, college, and graduate school), parents of my daughter’s friends, a few people I only know online, and other sociologists that I have met offline. I have few “rules” regarding who I might friend or accept a friend request from. My two guiding rules really are that I do not friend current students or workplace supervisors. I am close to many of the people I have as Facebook friends (strong ties), but others are more passing acquaintances (weak ties).

So why bother friending passing acquaintances? What value is there in maintaining connections to relatively weak ties?

The thing is, is that sociological research finds that there are benefits to having weak ties. Mark Granovetter identified this process as the strength of weak ties. Granovetter found that we are more likely to learn novel information from our weak ties than from our stronger ties. Our closer ties assume we already know the information or make the assumption that it is information we do not need to know (or won’t be interested in knowing).

In the era before the social network, I learned about my first real job out of my Master’s program thanks to a weak tie. A classmate announced the job opening in a class we had together. We didn’t know each other all that well outside of class at the time. This classmate was definitely a weak tie at the time. If she hadn’t announced the job in our class, I would have had no way of knowing of the job opening. I learned novel information from this weak tie. A stronger tie may have assumed that if they knew about the opening that I would already know about it, too. Or, a stronger tie might think they knew me well enough that I would not be interested in the position.

While you may not want to accept every friend request or be the person who friends everyone, do consider the sort of novel information you might get from someone who is a weak tie compared to a stronger tie. The person with 1,200 friends may be using Facebook more strategically than you think. She or he may be cultivating a strong network of weak ties.