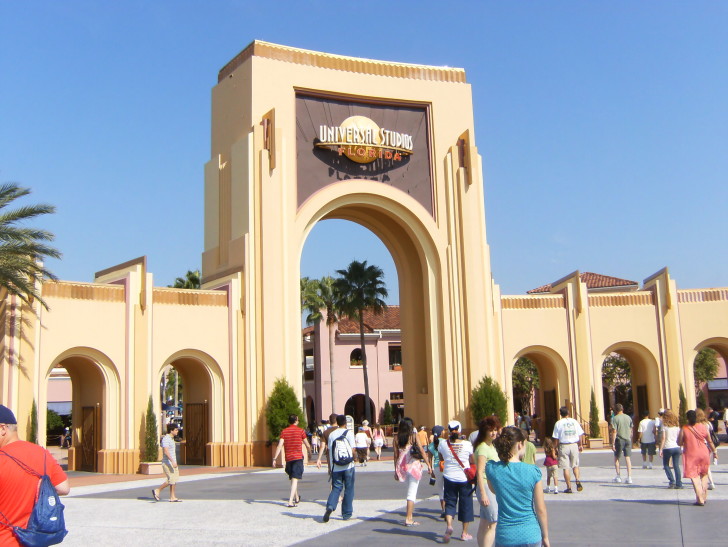 How to Outrun a Dementor: Hyperrealism at Universal Studios

When is the last time you actually felt like you were living inside your favorite movie? At Universal Studios in Orlando, the theme park creates scenes from famous movies and then embeds the customer inside that world with rides that use virtual reality. In this post, Ami Stearns uses Jean Baudrillard’s concept of hyperrealism to explain the odd feeling of existing inside the reality of a world that does not truly exist.

I don’t think I’ve been to a theme park since the 1980s, so to say that rides have changed a little is putting it mildly. On a recent trip to Florida for a conference, I took a day off to attend Universal Studios with some friends. I’m not a big fan of roller coasters, standing in line for hours, or crowds, which are just a few of the reasons for my decades-long absence from amusement parks. I didn’t expect the park to be populated by too much other than the usual roller coasters and water rides – honestly I was just hoping for some epic funnel cakes or deep fried-Oreos while I watched others zipping along upside down. However, I was very surprised. Universal Studios has created the ultimate movie experience in the form of rides that put you -yes, YOU- inside the movie. If you love movies, which I do, Universal Studios has the ability to make you feel like you are a character inside the movie. You see the action and feel the action. Your brain thinks you ARE in the middle of a Quidditch match and reacts (dizzyingly) in appropriate ways. The feeling is so real, in fact, that I had to close my eyes several times during rides in order to remind myself it was only a ride and I wasn’t actually swooping around on a broom seven stories high.

Universal Studios has basically re-created much of the Harry Potter world. If you are not familiar with some of the main landmarks in this particular wizard’s universe, I apologize in advance for all the name-dropping I’m about to do. We walked up and down Diagon Alley and ate at the Leaky Cauldron- THE LEAKY CAULDRON! I drank butterbeer and tasted a chocolate frog (delicious) while I wandered around the village of Hogsmeade (the snow-capped houses reminded me of a winter trip I once took to Munich). I saw a house elves placement service and walked through a wand shop. I haven’t even begun talking about the rides yet. Harry Potter helped me escape from the deep vaults under Gringott’s Bank. I snuck through Hogwarts and then flew above it (this is when I came face to face with a dementor!). My friends and I boarded the Hogwarts Express from Platform 9 3/4 and watched the English countryside whiz by outside our windows. Through the use of near-perfect props, actors, animatronics, and 3-D rides, I felt as if I were existing inside Potter’s world.

At one point during a 3-D ride (as I was tumbling a very long distance out of a large tree and screaming) I thought to myself, “I AM a character in the movie! This is SO REAL!” But then my pesky sociological mind kicked in and I began to think about what that meant. There is no “real” Hogwarts, so how can it feel so convincing to me? The actors who played the characters are just actors and the set they navigated during filming was full of props and (I assume) tons of movie personnel, so it couldn’t have been real to them. In fact, those actors probably did not feel or see the actual world within the movies until they viewed them on the big screen. I would guess that Harry Potter’s world really only came to life after extensive digital enhancement and editing had occurred. Then, I thought further. There really is no world on which to base Potter’s universe because it’s all fiction. The movies made “real” the books by J.K. Rowling and now the rides and scenes at Universal Studios make the movies seem “real.” But what is real here? It becomes very blurry when assumed reality, entertainment, illusion, and computerization collide.

Jean Baudrillard (1929-2007) was a French sociologist who wrote extensively about the state of reality in our postmodern, poststructural world. In fact, Baudrillard even wrote about Disneyland. He was fascinated by the postmodern world, where instead of a focus on production and consumption, the focus is on simulations. In the case of Disneyland, Baudrillard argued that the representations of streets and neighborhoods within the theme park became more real than the actual neighborhoods and streets “outside” Los Angeles. However, Los Angeles was also not a real representation of itself anymore, but had become more of an idea about a place that no longer existed. Baudrillard termed this phenomenon hyperrealism. A major concept within hyperrealism is that of a simulacrum- in a sense, it is a map of a place that does not exist but the map is followed religiously as if the place does exist. A simulacrum is a copy of something that has no original… or else the copy has become “more” real than the original and so becomes the real, which describes pretty well the odd feeling I got when I found myself embedded “for real!” within Harry Potter’s world. How did I outrun that dementor? I just closed my eyes and waited for the ride to end, after all, it wasn’t real- or was it?

Dig Deeper: 1. Have you ever been to a sporting event or concert and found yourself paying more attention to the big screen than the actual event on the field or on the stage? Can you describe the phenomenon in terms of hyperrealism? 2. Reality TV is often classified as the hyperreal. Pick a reality show and describe how it may fit into the definition of the hyperreal. 3. Visit this web page and watch the video on the construction of the Hogwarts Express. What kinds of details went into the fabrication of this “ride” to make it seem like it was reality? 4. Can you explain why our society might have made the switch from production to simulation? What are some benefits to relying on simulation rather than production to organize a society?