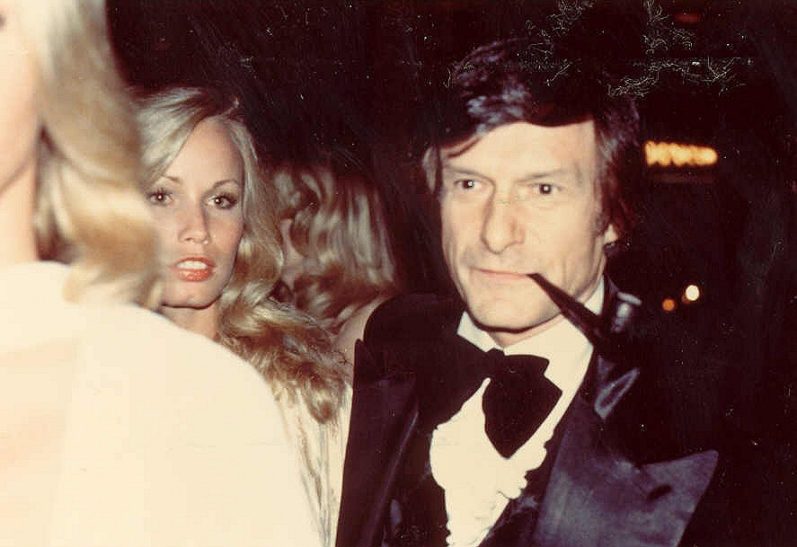 In this post, Beverly Yuen Thompson looks at the significance of Hugh Hefner, founder of Playboy Magazine, in light of his recent passing. He introduced and marketed a magazine of nude women, literary articles, and interviews with cultural icons to the American mainstream man. The feminist movement responded to Playboy, and pornography in general, in what came to be called “the sex wars,” arguing many different sides on women, sexuality, and representation.

On September 27, 2017, Hugh Hefner, creator of Playboy Magazine, died in his Playboy Mansion, near Beverly Hills, California, at age 91. 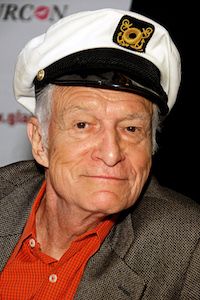 In the post-WWII 1950s, Hugh Hefner detoured from the traditional life in which he was raised. His parents were strict Methodists. He joined the army, married the woman he lost his virginity to, had two children, and worked as a journalist. But, he wondered, is this all there is? He asked his conservative bookkeeper father for a loan to start a men’s magazine and explained his vision—not just nude women, it would have literary essays and interviews with cultural icons, but his father turned him down as a bad investment. However, his mother took him aside, and said she would loan him $1,000 from the money she had made as a worker during the war (when women were recruited to replace male workers, i.e. Rosie the Riveter). With $8,000 total collected from various places, Hefner was able to publish the first edition of his magazine in 1953, at age twenty-seven, and it sold 52,000 copies. In 1959, he and his first wife divorced and he began his life as the playboy that he promoted in his magazine.

Hefner did not invent the nudie magazine, but was a successful marketer, selling a conspicuous consumption lifestyle of the conceived of playboy image based on the male ego—Hefner’s ego—hosting parting with exciting people in fancy apartments, dressed in the right clothes, and surrounded by many beautiful objects, including women who appeared straight from the 1930s films on which Hefner grew up. Women’s bodies became an object that he could package and sell for his profit, while not adequately compensating their labor or humanity.

At the magazine’s peak, it sold 7 million copies. The backlash of the 1980s and the rise of widespread pornography lead to a decline for the Playboy Magazine, which always tried to distinguish itself by including writing by contemporary authors, interviews with notable historical figures, and artfully done nude photographs of women.

In 1963, journalist Gloria Steinem went undercover for Show Magazine for which she applied to become a bunny in the New York Playboy Club and wrote about the process in a two-piece expose series. She used her grandmother’s name Marie Ochs and went through the process of being sized up by women managers who would decide if she had the right body, appearance, and docile personality to make it as a drink-and-food server in the club for the lunch and dinner crowds of men, and occasionally, their girlfriends and wives. The ad promised women $300 a week and an entry into a glamorous lifestyle. However, the reality was more one of unfair labor practices, sexual harassment, and low pay. Steinem went on to become a leader in the 1970s feminist movement and challenged the sexism inherent in how women were treated in all levels of their work and personal lives—including such objectification of women’s bodies in media. This journalist stunt would be a landmark occasion in her career as a journalist and a feminist activist.

In the 1980s, the Playboy empire was declining with the rise of accessible pornography in other magazines and videos that were far more explicit, and more so in the 1990s, with the rise of the internet and the pervasive and instantaneous availability of pornography. With the success of the women’s movement of the 1960s and 1970s, feminist consciousness was also posing a challenge to the playboy culture of objectifying women for men’s sexual satisfaction.

Most notably, in the 1980s women’s movement, pornography and sexuality were hotly contested by feminists on both side of the “sex wars.” Writing and speaking out against pornography as a form of sexual assault and the objectification of women, legal scholar Katherine MacKinnon and activist Andrea Dworkin teamed up to write and wage legal battles against pornography. They fought to enact laws against the distribution of pornographic materials and argued that it had a negative impact on real women’s lives. Rather than supporting the conservative argument of morality or community standards of sexual decency, they argued that pornography was a form of sex discrimination and that civil rights law could help women seek damages under the law.

Feminists were not only speaking out against Playboy, pornography and sexuality. Some came out in support of a diverse sexuality for women and men not confined to mainstream conservative expectations, or understanding pornography as only exploiting and objectifying women. In her popular 1984 essay “Thinking Sex,” Gayle Rubin wrote about the concept of the “charmed circle” which defined certain acceptable sex as inside the circle, and anything deviating from such as unacceptable—a social construction. For example, inside the circle would be: monogamy, heterosexuality, love, and reproduction. Outside the circle would be: homosexuality, promiscuity, non-monogamy, cross-generational sex, bdsm, sex toys, and sex work. Rubin conceptualized a hierarchy of sexuality, where those outside of the charmed circle are stigmatized and vilified.

For sociologists, it is important to understand these larger contextual, ideological, and theoretical challenges around sex, sexuality, and media representations, from a variety of perspectives. Hugh Hefner undeniably impacted American sexual culture and media in a profound way. Feminist responses to Playboy have been important in shaping the theoretical perspectives of feminism on all sides of the pornography debate and its repercussion in cultural wars.