I’ll Give You a Cookie if You Change the World

Cookies. Free Meals. And other random acts of humanity. In this post, Bridget Welch explains how having something nice happen to you — or doing something nice for others — could make the whole world a better place. 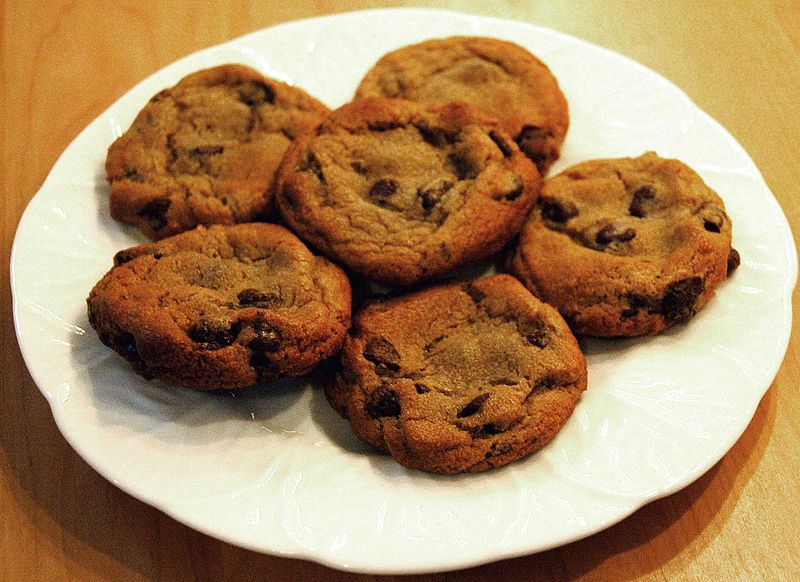 When my husband came in to the house his eyes were glowing with happiness. A wide smile and obvious glee made it clear that something good had occurred. What that possibly could be, I had no clue. I mean, the man just went to McDonald’s to pick up some burgers and nuggets. “When I went through the drive through,” he said almost breathlessly, “the clerk told me that the car in front of me paid for my food and asked if I wanted to pay for the people behind.” He did, and the clerk told him that he was the eighth person in a row paying it forward backwards.

Have you perchance seen those Liberty Mutual Commercials? A bystander witnesses a stranger do “the right thing” (e.g. help someone rake a yard, returning money left behind, picking up a dropped toy) and then does the right thing in another situation. In turn, another person sees them do this act and they are so inclined to help someone else. And on goes the chain of kindness.

Social psychologists have called this the “happy glow effect.” A series of studies in the 70s looked at how making people feel good could cause them to want to make others feel good. My favorite of these was “Cookies and Kindness.” The researchers gave some people cookies and didn’t give others cookies.[1] They then saw that people who got cookies were more likely to give help when asked. Cookie = Happy Glow.

My husband didn’t get cookies, he got nuggets. But the happy glow was achieved.

Kinda cool, right? But what’s the big deal? If people have something nice happen to them, or witness something nice, then they’ll be nice. Whoopie (and not the pie, cause that could make you glow with happiness).

However if you couple the happy glow effect with six degrees of Kevin Bacon you may have something to write home about. 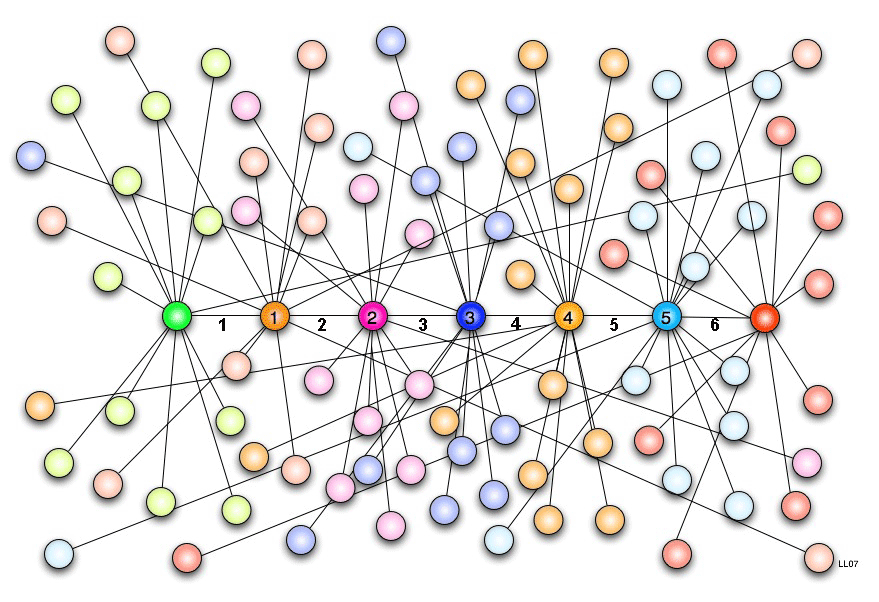 There is a game where you are supposed to be able to, within six steps, get to Kevin Bacon from any other actor or actress simply by connecting them through movies. What do I mean? If you were to start with Megan Fox (the actress in Transformers that made me think Kinsey had some good ideas) you would note that she was in Transformers: Revenge of the Fallen with David Bowe [STEP 1] who was in A Few Good Men with Kevin Bacon [STEP 2]. This idea that you can get from one person to another not directly (e.g. Megan Fox and Kevin Bacon were in a movie together) but through other people and who they know is what social psychologists call the Small World Problem.[2]

Imagine an epidemic map that traces the spread of disease from one person to the next. But instead of disease, imagine something good.

A real world example? Well, I went to college with a woman who had a friend who went to school with Chelsea Clinton who obviously knows Hilary Clinton. There you go. I’m three degrees from Chelsea and four from Hilary and Bill (and then five to Obama).[3]

When Stanley Milgram (yes, that Milgram) tried to originally figure out how small the world actually was in the 1960s, he gave a person a letter to someone they didn’t know. They couldn’t just mail the letter, they had to send it to someone they actually knew. And that person sent it to someone they actually knew… and so on, until it got to the person it was meant for. The idea is that you pick someone you think the most likely to be able to get it closer (someone you know in the same geographic area, or someone you know that has a lot of personal contacts). On average he found that it took only SIX STEPS. The conclusion? Each person, on average, was only six steps away from someone you’ve never met. (Be part of a modern six degree experiment here).

Sociological researcher Duncan Watts challenged Milgram’s finding by pointing out that while 20% of all the letters made it to their destination, 80% didn’t. So Milgram’s claim was exagerated. But Watt’s recreated a similar study using email and found that nearly half of the world’s population is separated from one another by, wait for it, around 6 steps.

Six steps. Imagine that. How small is the world.

Some stranger bought my husband’s meal. He came home and made me and our son happier with his great mood. I went out into the world and made contacts with those I know and was a happier me doing so. Perhaps I made one or two (or six or 20) of them happier who then went out and made their acquaintances happier. For all you know, my husband’s free meal could explain that one day last week when you were oddly happy for no reason.

And it’s not just cookies and kindness. It applies to any kind of social interaction. If I manage to get you to realize the problems with the model minority perfect Asian myth, and you go out and challenge other people who have that same stereotype and change their minds… it could explode! Imagine an epidemic map that traces the spread of disease from one person to the next. But instead of disease, imagine something good. Spreading. Infecting all those you have contact with. There, my friend, is the recipe to change the world. One cookie, one meal, or one act at a time.

Or, if nothing else, try to get in line behind us at McDonald’s. We randomly buy meals for others now.

1. Think about a time you were in a really good mood. What effect do you think this mood had on others?

2. I stress the happy side of the small world problem. Can you think of how the world could be made a worse place in a similar way? Do you think it would be easier to make the world better or worse through these connections?

3. Milgram’s study was carried out in the 1960s. There is a study going on now focusing on social networking cites and their effects on the small world problem. How do you think cites like Facebook and Twitter will affect our connections to others?

[1] How AWESOME is social psychology? You get to give people cookies and call it work! I love this job.

[2] I play this game every semester with my students and NEVER can get it on the spot. One of my students had the answer for me – a great website that lets you cheat.

[3] Of course, it’s likely that I’m actually closer than that to Hilary, Bill, and Obama. I don’t know who everyone I know knows…