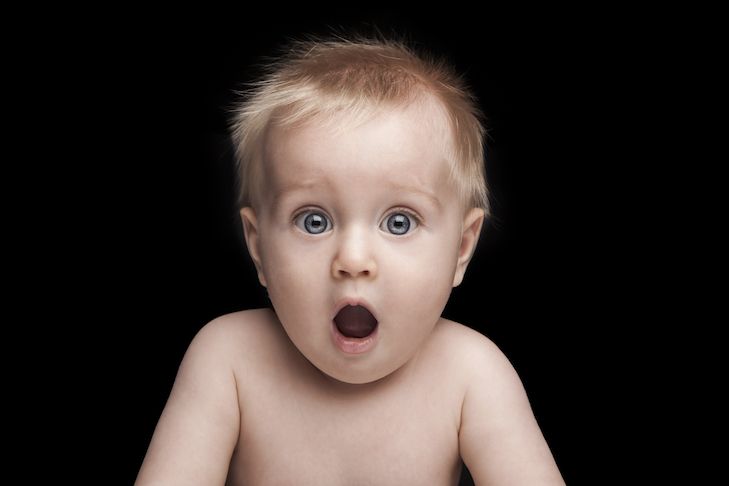 In this piece John Kincaid explores how our profane capitalist economic values have seeped into aspects of our life we hold sacred. Specifically, he asks us to think about how modern capitalism in the U.S. encourages us to view babies as expensive luxury items. If the question in this piece’s title offends you, then read on, that’s precisely what this piece is about.

Sociologists love to write, think, talk and argue about capitalism. In part this is because the large-scale shifts from a feudal economy to a capitalist economy were what made social systems so apparent and so interesting to early sociologists. Early sociologists from Durkheim to Weber were fascinated with the links between economy and society in this era of change. So, as sociologists, we may have capitalism itself to thank for our discipline.

Few writers described capitalism as poetically as Karl Marx, who in the Communist Manifesto argued that in a capitalist system, “all that is solid melts into air, all that is sacred is profaned.” In an earlier post, I talked about the role of the sacred and profane in modern society. For Marx and others witnessing the transition between two enormous social systems, the economy was reshaping the fundamental relationships of our society, and the distinctions we often placed between those relationships.

One example of this in Marx’s time, of the economy rewriting social relations were the conditions of child workers and the necessity of families to sell their children’s labor to survive. This is such a striking example because as a society we often think of things like the value of children (sacred) and the value of business profit (profane) as being parts of two very different systems of values. But we also have examples of the profaning of the sacred in pursuit of profits in our current society. It’s not quite on the same level as child labor, but I can think of multiple other examples from my own family.

My partner and I just had a baby, and we are pretty convinced that this one will be our last (three is enough!), the most pressing reason for this decision is money. Children are enormous money sinks, and the calculation of having another baby is not one of time or love or even family dynamics, its mostly economic. This also comes up in career decisions that my wife and I make. In many ways having a family has held us back in terms of advancing in our jobs. More time at home means less time at work doing research. It has meant months long breaks from work for my wife, and less time to write or grade papers for me. From this perspective, our children are much more a “luxury item” than anything else. They are something that we have “indulged” in for our own pleasure, but that makes no economic sense otherwise. In other words, the sacred space of family, which we typically think of as being ruled by such social values as love, empathy and reciprocity, can also be subject to the “cold and calculating” values of the economy.

One example of this at work is the way we as a society often demonize poor people, especially poor women, for having children. In this way society often views children from a simple cost/benefit analysis and conclude that “people should not have babies that they can’t afford.” Bill Moyers has a good article about the ways in which this same argument came up to help stop a California bill that would have helped poor mothers get diapers for their children. These same arguments are used to demonize welfare programs and the people that they help, because, they argue that having children is a personal decision and that poor people should not be rewarded for making a poor decision.

In this way having children is an act removed from the realm of family, love and connection and into one of economic calculation. Marx mentions something to this effect in the Maifesto when he says that capitalism has “left no other bond between man and man than “naked self-interest” and “callous cash payment.” I don’t think that it’s a stretch to say that this mindset can lead to very perverse outcomes, such as the sterilization of the poor, which was official state policy in many parts of the US, even into the 1980s, and may still be continuing in parts of the US. In 2009 a Louisiana state proposed a plan to offer women who are on Welfare $1,000 to have their tubes tied.

This is only a small example of the ways in which the economy has invaded every aspect of our lives, even the most private and sacred spaces of family relations. As much as we believe that our systems of values are separate (family values versus economic values) they often overlap, intersect and influence each other.