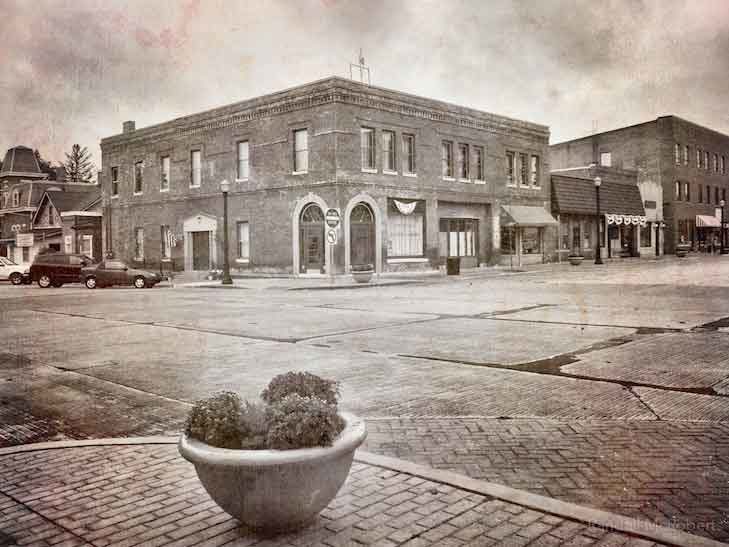 Rural voters have recently come to dominate the news in the quest to determine who is to responsible for the election of Donald Trump. In this post, Stephanie Medley-Rath discusses her own experience of rurality and the misidentification of social problems.

I grew up in a rural downstate Illinois town. I was always going to go to college, as I describe here. My high school guidance counselor was less supportive than my parents. He gave me this advice when I told him my after high school plans:

“Expect your grades to be one to two grades lower than they are now. And, do you realize how far away that college is?” (Yes, I did. I had visited it. The campus was an “onerous” 2.5 hour drive.)

In short, I was encouraged by my guidance counselor to stay closer to home and lower my expectations.

Instead of taking his advice to heart, I did what I planned to do (the trendy descriptor for this would be that I had grit). I moved away to a college town. When folks in my hometown learned of my black roommate from Chicago, they gave me well intended sympathy that was motivated by their racism and fear of all things from Chicago. I learned what to share with my friends and acquaintances from my small town to avoid their racially motivated fears and sympathies.

For graduate school I moved to a southern city. Here I experienced disregard for rurality from my classmates. In one of my first sociology classes, we read research from one of our faculty that studied a rural area and a classmate asked him “why study rural areas because nobody lives there”? I let it slide. This was my first semester and I didn’t want my peers to think less of me. In another class, a classmate disparaged the Amazon reviewers for her book as uneducated and backwoods on account that they were not enthusiastic about her book. When we were assigned a chapter to read from Morel Tales, I was the first student who ever shared with my professor that I had actually been mushroom hunting. I learned to ignore the slights and selectively disclose my own rurality. But here’s the thing, I was never fearful because of my rurality. No one ever threatened me because of it. No one ever intimidated me because of it. No one ever suggested that I should go back where I came from. Perhaps my experience would have been more difficult had I moved to a city outside of the south. In the south, my rural y’alls could be passed off as southern and not necessarily rural.

I did, however, learn to internalize some of the stereotypes of rural people. On a visit home, I overheard a hair stylist make homophobic remarks about one of the stars of American Idol. I thought to myself, “typical.” I went to Chicago to visit my in-laws on that same trip and on the train I also heard homophobic remarks. I thought, “nope, not typical. Homophobia is everywhere.” Rural people do not own homophobia. Rural people are no more intolerant than suburban or urban people.

I am sharing my experience because since the election, a lot of blame has been directed at specific demographic groups for the outcome-including rural people. Recent analysis, however, shows that Donald Trump was elected by college educated whites living in suburbia. And I have heard from rural people (via my nonrandom sample of friends from high school in my Facebook feed) that no one cares about them or their problems. My sociological perspective on this is that the truth is somewhere in the middle. Let me explain.

Rural Americans are referred to as uneducated on account of the low numbers of college graduates in rural areas. This data point misses the bigger picture. Rural America is and has been experiencing a “brain drain” (a deeply problematic term). Sociologists Patrick Carr and Maria Kefalas moved to Iowa several years ago to learn more about the brain drain and other social problems in rural America and published their study in Hollowing Out the Middle (2009). Carr and Kefalas found “that the young people who moved away included the most highly educated” (p. 4). This phenomenon “benefits the destination cities and hurts the regions that migrants flee” (p. 5).

It is true, that less than ten percent of folks in my hometown have a college degree (7.3 percent), compared to 13.9 percent in the county and 31.9 percent for the state). My hometown’s poverty rate is 27.3 percent (14.4 percent for the county) (U.S. Census). It is not that rural people are uneducated. Many of us rural people who earned Bachelor’s degrees (i.e., the education that “counts”) had to leave. Carr and Kefalas’s description of people like me as migrants is correct. My college degrees enabled me to leave, but also left me with few options to remain in rural Illinois. I did return for a few years, but made the difficult decision to leave a couple of years ago partially because of the state of higher education in Illinois and the realization that even if we could make a go of it, we were raising our daughter to leave. Without serious investment in infrastructure like expanded broadband and healthcare access, this problem will continue. Further, increasing manual labor jobs in rural areas as suggested by Trump does very little if anything to address the broader problem of the brain drain.

Carr and Kafalas illuminate the following social problems in rural areas. I have provided links to recent media stories or research on the topics: