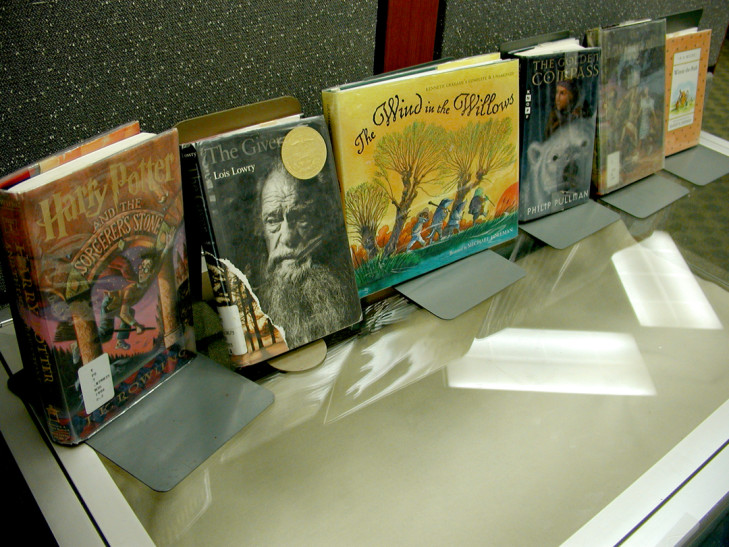 Judging a Book By More Than the Cover: Book Banning and Structural Functionalism

When I tell people I research banned books, they are always quite stunned. Not at my choice of study, but at the fact that books are, yes, actually still banned. Not only that, but when I rattle off a few banned books (Hunger Games, Of Mice and Men, The Great Gatsby, The Absolutely True Diary of a Part-Time Indian, In the Night Kitchen, Captain Underpants, Where’s Waldo, and basically everything Judy Blume and J.K. Rowling ever wrote), people are perplexed. We can use sociological theory to explain not only why books are banned but how they are still considered harmful in the Internet age.

Here is the quick story behind frequently banned and challenged books. The U.S. government no longer bans books- not since the 1940s. Instead, the “task” of forbidding certain books falls to local jurisdictions- usually schools and libraries. This means that, technically, the government does not ban us from reading any materials, but any citizen can issue a “challenge” to a book on the shelves of a library or assigned by a schoolteacher. Then, the city or school can make a decision on whether or not to censor that book aka banning the book. From Texas schools issuing challenges to a total of 32 different books in 2013-2014, to Idaho schools pulling one controversial book from the state school curriculum, books are still relevant and clearly, still considered powerful.

The American Library Association (ALA), the clearinghouse for all official challenges to books in the U.S., received 311 challenges during 2014. During this time period, the top initiator of challenges to books was a parent, and the institution most often harboring the challenged book was a public library, followed closely by a school. Top objections for 2014 were sexual explicitness and offensive language. These raw data, which have varied little from the time the ALA first began gathering censorship attempts, suggest that the majority of challenged books in America are controversial because they are assumed to have a negative effect on school-aged minors.

Emile Durkheim (1949/1964) and Kai Erikson (1966) used structural functionalism to theorize about the way a community maintains its boundaries… not its geographical boundaries but norm boundaries that consist of acceptable behaviors and actions. Structural functionalism  has been explained in previous SIF posts as considering society like the body- many different parts interact to create stability. Even deviance (like a fever in the body) is contributing some sort of stability to a community, or else it would cease to exist. In essence, society needs deviance so that it can constantly maintain itself! Books that are considered deviant represent a boundary that should not be crossed and challenges to books represent the public identification of behavior that is not acceptable in that community.

If a member of the community tries to cross one of these boundaries, especially if a minor in the community tests a boundary (by reading a certain book), the action must be flagged as inappropriate so that the rest of the community understands that certain behaviors are considered off-limits. When citizens challenge a book, they are challenging the norms, values, and behaviors inside the pages.

Today, when news agencies report on challenges, like this book controversy in Jacksonville, Florida, the surrounding community is alerted to what is considered inappropriate for young children- in this case, information about Islam and the portrayal of the U.S. military in a poor light. Some community members in Jacksonville community are stating that their community is not one where young children should be explosed to Islam, nor should they question the integrity of U.S. troops.

In short, challenges to books really say more about the community issuing these challenges than it does about the content of the book itself. Communities need to point out what they consider to be deviant in order to contribute to their own stability and affirm consensus among members.