What Makes a Holiday? 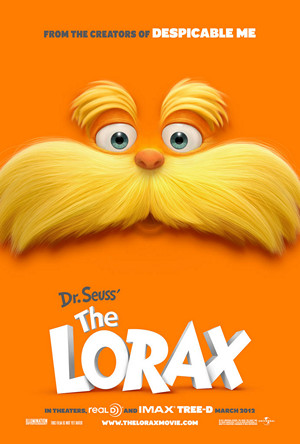 The past few days have been a holiday-filled time period. February 29 was Leap Day, March 2 was Dr. Seuss’ Birthday, and the first Monday in March was Casimir Pulaski Day.

This year, several sitcoms built storylines around Leap Day (e.g., 30 Rock, Parks and Recreation, The Middle, and Modern Family). I attended an employee luncheon on Leap Day and the tables were decorated with bowls of blue water complete with fake lily pads and plastic frogs. The ambient music playing in the background was, I kid you not, the sound of frogs.

So what makes a holiday in the first place?

Leap Day is more of a glitch than anything. A long time ago, some really smart people figured out that the way we measure time would be continually thrown off if we did not add an extra day to the calendar every four years. It does not commemorate or serve to honor anything or anyone.

Dr. Seuss’ Birthday has two main purposes. The day was selected as Read Across America Day in 1998 by the National Education Association as a pep rally for reading. Today, it still holds this distinction, but it also serves to honor a person, Theodor Seuss Geisel (e.g., Dr. Seuss).

Casimir Pulaski Day is holiday you have probably never heard of outside of Illinois, but does actually honor a historical figure. Casimir Pulaski was a Polish man who fought on our side during the Revolutionary War. Chicago famously has more Polish people than any city in the world outside of Warsaw, Poland . So, Mr. Pulaski is kind of a big deal here. Well, sort of a big deal. You can start to see the politics of holidays at play regarding this day. In the past few years, many downstate (that is, all parts of Illinois excluding Chicago) schools elect to remain open on Casimir Pulaski Day while more Chicago schools remain closed. I think this actually illustrates the decline of Polish culture outside of Chicago more than anything as I am both a downstate native and have Polish great-grandparents. Casimir Pulaski Day illustrates how holiday observances vary depending on the ethnic heritage of a region.

Holidays are characterized by symbols, rituals, and foods.

What’s with all these frogs?

Leap Day’s symbol is a frog. Dr. Seuss’ symbol appears to be the hat from the Cat in the Hat. Unlike other holiday symbols, these items have not become so associated with the holiday that they are unthinkable during other times of the year (e.g., hearts for Valentine’s Day or shamrocks for St. Patrick’s Day). Casimir Pulaski Day appears to have no symbols outside purchasing a Polish-themed tchotchke to commemorate the day.

Leap Day’s rituals seem to be emerging as a shopping day. Marketing messages included seizing this “bonus” day by taking the day off of work and presumably going shopping.

Dr. Seuss’ Birthday rituals appear to be to read the same book as a group (e.g., a family or a class). Shopping is another ritual for his birthday. I’m pretty sure I’m the only mom who did not take her child to see The Lorax this weekend based on my Facebook feed. I did, however, still participate in a Dr. Seuss shopping spree purchasing several deeply discounted Dr. Seuss apps for my iPad. What was once Read Across America Day has emerged as Watch a Movie Across America Day. The Lorax had the highest opening weekend of any film this year at the box office. Dr. Seuss’ books are cropping up onbestseller lists, further evidence of the shopping-as-celebration motif.

Dr. Seuss-themed food seems to be a bit more prevalent simply because many children have Dr. Seuss-themed birthday parties for their own birthday. Green eggs and ham, fish snacks, cat in the hat pops, and of course cupcakes decorated in various Dr. Seuss themes are just a few of the food items used to celebrate Dr. Seuss’ birthday.

And food for Casimir Pulaski Day? If I were in Chicago, I could go on a tour of Polish Chicago and indulge in Polish sweets and sausages.

Why is it that my perception this year is that Leap Day and Dr. Seuss’ Birthday were bigger deals than ever before? Both holidays had more commercial support than ever before. Leap Day may still be lacking in products, but advertisers used it to promote sales. It is reasonable to think that advertisers suggested to television writer’s to make Leap Day a big deal this year so that viewer’s might be more likely to take our bonus day off of work and go shopping. Dr. Seuss’ birthday included sales (of which I participated in) and the release of The Lorax.  Shopping, then, becomes a way (a ritual) to celebrate a holiday and firm up in our minds that this really is a holiday. In turn, we have to shop for food items and symbols to mark the occasion. As you can also see, the lack of ritual, food, and symbols can contribute to the decline of a holiday. To my knowledge, Casimir Pulaski Day has no real ritual outside of a day off a school and no distinctive foods or symbols are connected to the holiday.

The rise of Leap Day and Dr.  Seuss’ Birthday along with the decline of Casimir Pulaski Day raises important sociological points, one of which has to do with how we create boundaries by lumping and splitting holidays from non-holidays. Lumping and splitting comes from the sub-field of cognitive sociology. Cognitive sociologists focus on how groups come to perceive the world in similar ways. We gain a better understanding of perception by exploring the process of lumping and splitting. In The Fine Line, Eviatar Zerubavel (1991:16) posits that we lump together things when we “let their similarity outweigh any differences among them.” Differences serve to “split” off some things from others. Rituals, foods, and symbols mark holidays as different from non-holidays. Leap Day and Dr. Seuss’ Birthday are lumped together as holidays. Casimir Pulaski Day, though still a holiday, is declining in importance, which can be partially explained by its lack of distinction from non-holidays (no food or symbols and the ritual day off of school is declining).

1. How are holidays lumped together and treated as distinct from non-holidays?

2. Can you give any examples of other emerging or declining holidays? How do they compare in terms of ritual, symbols, and food?

3. How does the celebration of a holiday reflect local politics or population dynamics? Are there any holidays you observe that are not mainstream? How does this influence your observance?

4. 30 Rock was the only series that took on Leap Day as a theme without focusing on a character’s Leap Day birthday. View the Leap Day episode here. Besides introducing rhubarb as a Leap Day food, how else do the writer’s distinguish Leap Day as a holiday from a non-holiday?

We are What We Celebrate