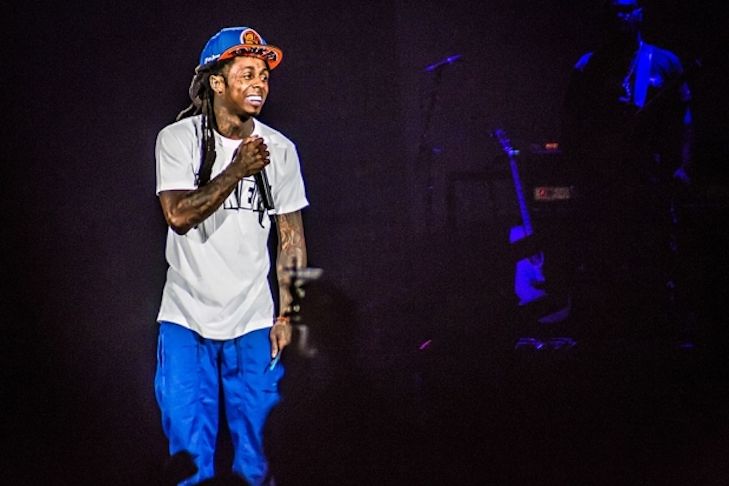 Rapper lil Wayne’s views on racism and the Black Lives Matter movement (BLM) have been creating quite a stir. In a recent interview on ABC’s Nightline lil Wayne claimed to be unfamiliar with the BLM movement and argued that his diverse fan base is evidence that racism has ended.

Lil Wayne’s interview has since been covered by countless media outlets. In fact, the widespread impact motivated T.I., a fellow rapper and friend of Wayne’s, to challenge him to take a closer look at our social world. Lil Wayne’s appearance on ABC followed an eye opening interview on Fox Sports’ Undisputed. The hosts were discussing NFL player Colin Kaepernick’s decision to support the BLM movement by taking a knee during the national anthem. When Skip Bayless asked lil Wayne how he felt about Kaepernick’s action, Wayne reported that he was too disconnected from daily instances racism to take a stand. Wayne went on to boast, “I know never is a strong word but, I’ve never dealt with racism, and I’m glad that I didn’t have to. I don’t know if it’s because of my blessings, I don’t know but it, it is my reality.”

Sociologist Eduardo Bonilla-Silva is known for his framework of colorblind racism. According to Bonilla-Silva, because racist practices are illegal today, racist discourse is no longer socially acceptable. With that in mind, racist Americans today use covert, or ‘colorblind’ language to prove they are politically correct and that racism is over. This means victims of colorblind racism, cannot point to specific racist policies or actors who enforce them. Thus, individuals believe it is appropriate to blame themselves for their social reality. Bonilla- Silva identified six ways racism lives on through colorblind rhetoric, namely complete inclusion, or the notion that all citizens belong to one race. This allows us to take the focus off specific race groups who are systematically disadvantaged. Cultural othering, or attributing race based disparities to cultural weaknesses. This allows us to blame things like rap music when crime rates are higher in the inner city. Avoiding racist language, which implies that racism is only perpetuated via the use of slurs. Naturalizing race issues, or claiming that certain anti-social societal trends are a part of the status quo. Here one could make the claim that housing projects exist because racial minorities prefer that style of living. Denial of structural racism which implies that race related disparities are reversible through hard work and dedication. And the belief in integration with no actions towards implementing it (Bonilla-Silva and Forman 2000).

So, returning to lil Wayne, is it possible that he was correct? Is racism a thing of the past? Has the color of his skin never had an impact his quality of life? A sociological analysis would say this is highly unlikely. It is possible, however, that instances of racism that lil Wayne has experienced may have failed to resonate with the rapper because we live in a colorblind society.

The following examples show how colorblind perspectives can be used to blame individuals for outcomes that are the consequences of structural racism.

First, a colorblind perspective on public health would claim, “African Americans are to blame for their poor health because they engage in health risk behaviors”. Rapper lil Wayne has had several life threatening seizures as a result of his addiction to [lean](leaning on syrup the misuse of opioid cough syrup in houston) (i.e. a mixture of prescription cough syrup, carbonated beverages and candy). The concoction is said to make you feel relaxed and sleepy. African Americans experience more stressful situations than other race groups, so lean usage may be evidence of an unhealthy coping strategy (Williams and Sternthal 2010). Results from qualitative interviews provide further insights into the relationships between racism and lean use. First, lean is attractive to users because the ingredients are legal. This attraction is an implication of mass incarceration and overly punitive crack cocaine penalties. Second, the ingredients are free. Medicaid, which is an income based healthcare option, covers codeine entirely. African Americans are most likely to benefit from this coverage because they qualify for Medicaid at disproportionate rates. Third, lean is perceived as safe. Some evidence suggests lean is perceived as safe because the medicalization of prescription drugs make them appear ‘healthy’ and safe, and a history of problematic relations with healthcare systems has made African Americans less likely to question medical professionals (Elmwood 1999).

Second, a colorblind perspective on housing would claim, “there is equal access to the American dream, so anyone who lives in poverty must be too lazy to work”. Rapper lil Wayne has connected his music to his experiences growing up in Hollygrove Louisiana. The town is predominately African American, the average resident has less than a high school education, houses average $130,000 compared to $260,000 in New Orleans, and the local elementary school received a quality rating of 15/100. African Americans placement in poor inner cities predates lil Wayne and is hardly perpetuated through laziness. According to Doob (2005) during the advanced industrial period (1924-1970) corporate work replaced factory work. In addition, America saw what was known as white flight where white Americans moved to suburban areas in droves. During this time racial covenants were created to block African Americans from entering suburban neighborhoods. These covenants endorsed the boycott of realtors with African American clients, paid families of color to move from their homes, and discriminated against potential renters of color. Racist housing practices pushed African Americans to the abandoned inner cities, left them with limited resources, and no means to provide a quality education to their children. The modern consequences of disparate education include higher incarceration rates, unemployment, and poor health. So, without a reallocation of funding that makes education comparable across race groups, youngsters from places like Hollygrove will remain disadvantaged.

It is possible that lil Wayne believes he has never experienced racism. The fact that he has never encountered overt racism and can draw a diverse crowd to his shows are the evidence he uses to proclaim that race has not impacted his life. The colorblind racism framework, however, would describe his stance as a successful application of the tactics complete inclusion and avoiding racist issues. In addition, a brief analysis of his social reality shows that lil Wayne may have missed numerous instances of oppression that occurred under the guise of cultural othering and denial of structural racism. Plainly stated, yes, lil Wayne has experienced racism, but no, we cannot discount his belief that he has not.