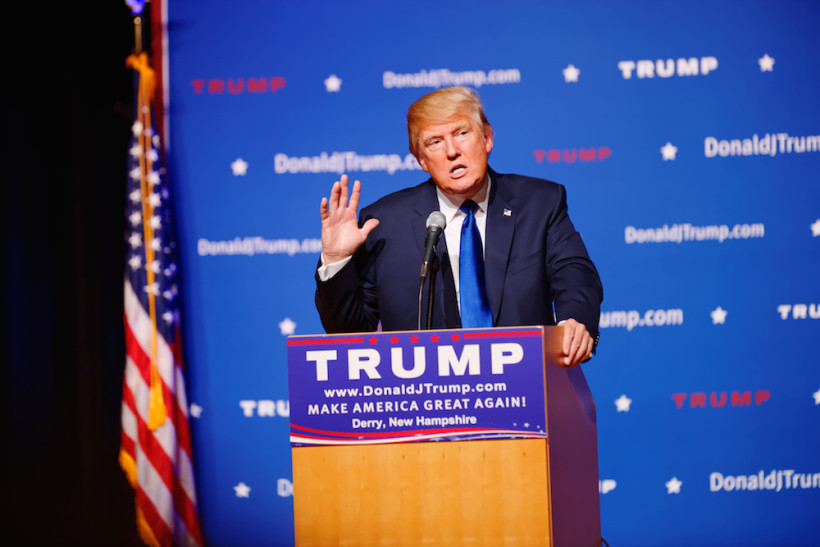 Vote for me! I promise to make America great! In this post, Stephanie Medley-Rath considers how one might conceptualize and operationalize the notion of “great” using the 2016 US Presidential candidates’ campaign platforms.

Donald J. Trump’s campaign slogan is “make America great again!” But that brings up the question, how do you measure greatness? In his slogan, Trump is implying two things:

But what does he mean by “great”? Let’s start by considering his key campaign issues. According to his website, he has stated positions on five issues:

Why these issues? Are the alleged problems related to these five issues all that is preventing America from being “great again”? Why not other issues?

Others could make the case that America is still great or already great again. For example, unemployment rates in 2015, were back to the 2005 level of approximately 5 percent. The US high school dropout rate declined from 12 percent in 1990, to 11 percent in 2000, and then to 7 percent in 2013 according to the National Center for Education Statistics.1 The survival rate for childhood leukemia has improved dramatically since the 1950s (National Cancer Institute). Crime rates and teenaged pregnancy rates have declined, too. While none of these problems have been solved, progress has been made in a number of areas.

But wait, perhaps my glass really is half-empty. What about the 987 people killed by police in 2015? Or the declining share of Americans in the middle class? The size of the US middle class has declined to 50 percent of the US population from 61 percent in 1971 according to the latest PEW data. Or childhood poverty? Childhood poverty remains stable for blacks, but has declined for whites, Hispanics, and Asian Americans. One in five US children, however, lives at or below the poverty line, making the US at number two behind Romania with the highest level of child poverty in the Western world as reported by The Washington Post.

There are multiple ways to measure “great” and it is possible to build a case that America is still “great,” “never was great,” or is already “great again.” Regardless, if we take Trump’s message as accurate, that America was once great and he will make it great again, then we must be able to measure “great.” For him, greatness appears to be tied to his campaign issues.

For Trump, he is conceputalizing “great” along the lines of trade, veterans, taxes, the second amendment, and immigration. Trump’s first principle for immigration reform is building a wall along the southern border of the United States.2 This is something easily measured. Either a wall is built or it is not. Principle 1 is operationalized through the building of a wall. Trump’s second principle on this issue refers to enforcing laws that are already in place. This is fairly straightforward. Laws are either enforced or they are not. Trump’s third principle on this issue, “[a]ny immigration plan must improve jobs, wages and security for all Americans,” is more difficult to both conceptualize and operationalize. Improving wages, seems measurable. Are wages higher after a Trump presidency than before a Trump presidency? But what about “improve jobs” and “improve security”? Let’s save that for a Dig Deeper question. Principle 1 and 2 can be operationalized. They are measurable. Principle 3 can be partially operationalized, but without more detail from the Trump campaign about their conceptualization of improving jobs and security, it can not be fully operationalized. Without both conceptualizing and then operationalizing these issues, there is no way to conclude whether or not Trump could realistically follow through on his campaign’s issues or determine if he could “make America great again.”

Is Trump the only presidential candidate claiming they will make America great again? Not exactly. There are 27 issues listed on Hillary Clinton’s website. On the issue of Rural Communities, her headline is: “America’s rural communities are at the heart of what makes this country great.” There it is. If we fix the problems of rural America (along with 26 other issues), then America will be great again. Like, the Trump campaign, the necessary details to objectively measure success and consider the feasibility of the plans are left out.

In a nutshell, our presidential candidates use a similar formula: America was great and now it’s not. Elect me and America will be great again.

1. Though, part of the decline in dropout rates could be attributed to measurement problems of counting students who dropout or fraud.↩ 2. Interestingly, Mexican immigration to the United States is declining and more Mexicans have returned to Mexico than arrived since 2009 according to Pew Research Center.↩