Nationalism and the Olympics: Meddling with Medal Counts

The Olympic Games is one of the key markers for nationalism in contemporary society. Supposedly, if a country wins a large number of medals, this becomes an international indicator of the country’s overall superiority. The United States typically does very well in the summer Games, leading the way in both gold medals won and total medal count, though China has been a close second in the past two summer Games. Bear in mind, however, the United States has a population of about 310 million, and China 1.34 billion. In this post, David Mayeda breaks down which countries are the true Olympic standouts, considering each country’s population size, and questions the Games as an indicator of nationalism. 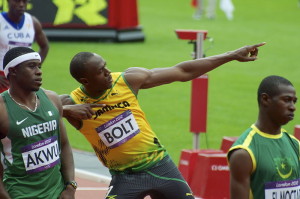 “U.S.A. U.S.A. U.S.A.” You could hear the national pride in the chants coming from the American fans. The United States won more medals at this summer’s olympic games than any other country with 104 total medals and 46 gold. The People’s Republic of China earned 88 medals with 38 gold. More than any other symbol of the Olympics, a nation’s medal count is supposed to be a measure of a nation’s global superiority. While it’s true that the Olympics are idealized as a two week international love, peace, and unity extravaganza, this sentiment is at best quaint.

If anything, the Olympics promote a fleeting nationalism within countries – a sense of solidarity, shared values, and cultural pride within a nation’s borders that revolve around athletes’ international success. For instance, all Americans can supposedly take pride in Michael Phelps’s ongoing success across three Olympic Games. It is apparently behind Phelps that all American citizens can rally together, assimilated as one, for about a week.

And in turn, as the USA wins the most gold’s and medals as a whole, Americans in general can assert their collective global superiority. With their Olympic dominance, we can safely assume that the United States must hold greater levels of technological advancement, athletic training innovation, work ethic, physical superiority, mental acumen, and well, just must be the best, period. Right?

Not so fast. Let’s consider some basic statistics first. With a population of roughly 310 million, should we note expect the United States to have a strong Olympic showing to begin with? With 1.34 billion in its citizenry, aren’t the odds in favor of the People’s Republic of China doing well? When we consider different countries’ population size, a very different perspective of success emerges. First, here are the top five countries based on their total medal counts (source):

Now let’s look at the top fifteen countries when we account for population size. We will do this by taking each country’s total Olympic medal count, dividing it by that respective country’s total population, and then taking that figure and multiplying it by 100,000. Thus, the final figure we have (bolded) will still be very small, but it will serve as an indicator of the number of Olympic medallists in each country per 100,000 in the country’s broader population. Here are the top fifteen countries using this method:

Granted, there are a few issues to consider when using this approach. Jamaica’s prominence is titled by its incredible sprinting core (Usain Bolt and Yohan Blake each won 2 individual medals, and were part of the gold medal 4×100 relay team). Also, a number of athletes who represent certain countries in the Olympics train in other countries. And finally, some single medal counts can include multiple athletes, namely in team sports, but this also applies to relays in individual sports (e.g., track and field and swimming) and team competitions in individual sports (e.g., gymnastics).

These issues aside, when countries use the Olympic Games as a marker of international prominence, they may want to rethink what other countries are accomplishing with the number of citizens they have. “Pound for pound” (or “person for person”), perhaps the USA isn’t so impressive after all.

In this post, Jesse Weiss examines the way race and racism was used to market the recent “megafight” between Floyd Mayweather and Connor…