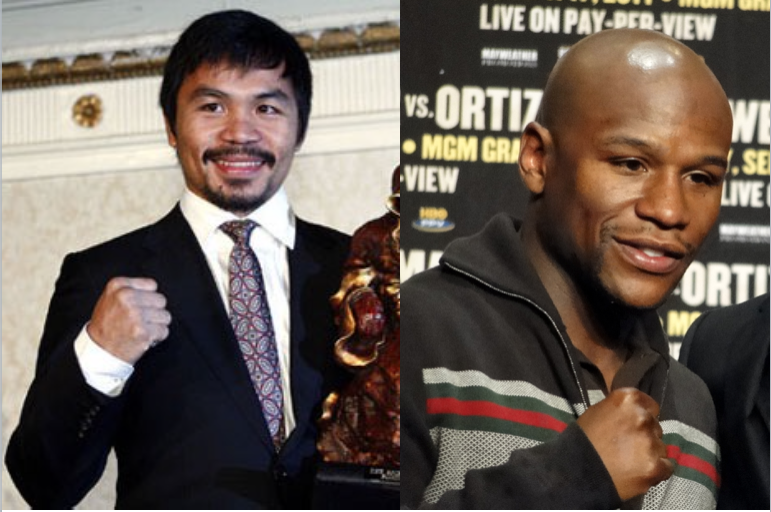 Pacquiao vs Mayweather: A Clash in Cultural Values

Most fight fans say it should have happened five years ago, when boxing’s two greatest contemporary icons stood at the height of their athleticism. But nobody is complaining that Manny “Pac-Man” Pacquiao and Floyd “Money” Mayweather have slipped past punches over contract disputes and will finally trade blows in the ring on 2 May 2015. This latest rendition of boxing’s history making prize-fight indeed breaks precedence, if for no other reason, for its financial provisions. The two pugilists will share an estimated $200 million in prize money, with Mayweather banking $120 million and Pacquiao $80 million, a 60%-40% split, as ticket sales for the contest skyrocket in value. In this post, David Mayeda, explains how the Mayweather-Pacquiao fight is far more than a major boxing competition, also representing a colossal clash in cultural values.

As much as any other sport, boxing has shared a dynamic relationship with American cultural politics. Throughout the twentieth century, African American heavyweight champions, such as Jack Johnson, Joe Louis, Joe Frasier, Muhammad Ali, and George Foreman, symbolized diverging viewpoints tied to civil rights, patriotism, and imperialism.

At present time, however, boxing’s landscape has become highly depoliticized, stuck in a period of commercialized globalization where today’s boxing superstars are constrained by business interests that limit political expression. Despite these corporate restraints, the impending Mayweather-Pacquiao competition represents a clash in cultural values, as notions of intense American individualism square off against collectivism and humility.

No other athlete represents American individualism and capitalistic greed more ardently than “Money” Mayweather. The highest paid professional athlete in the world, Mayweather regularly and notoriously flaunts his wealth and extravagant lifestyle. Boasting that he is untouchable across an array of levels, Mayweather recently stated, “Is it about the money? Absolutely. Is it about the fame? Absolutely. It’s everything wrapped into one. I want to be the best. Not just the best fighter but I want to be the best athlete, period. When I leave, I will be known as ‘TBE’ and that’s the best ever.”

When an African American male openly displays talent and arrogance, his chances of being embraced by the mainstream diminish rapidly. But to be fair, Mayweather’s self-centered attitudes and behaviors reflect an American individualism constructed during the late eighteenth century by Alexander Hamilton, James Madison and John Jay in The Federalist Papers, which stress self-reliance and the individualized freedom to fulfill personal desires without shackling by governmental obstacles, something Mayweather fully realizes: “The last time I checked, this is what the American dream is. Who doesn’t want to be rich, and make this kind of money? They told me when I was growing up that dreams come true. I dreamed it, and made it happen.”

To this end, the very attitudes and behaviors that that drive Mayweather away from American acceptance are, perhaps ironically, grounded in quintessential American values that are not unusual among contemporary celebrities. Unfortunately, Mayweather doesn’t do himself – or women – any favors. Along with his often times sensationalized self-promotion, Mayweather possesses a lengthy history of holding misogynistic attitudes and battering women, which aside from a two-month incarceration stint in 2012, have not led to any serious repercussions or media scrutiny.

While Mayweather reflects long-standing American values of individualism and self-promotion, Manny Pacquiao showcases an identity bounded by humility, collectivism and service not typically exhibited in the contemporary sporting lexicon. Unlike Mayweather, Pacquiao is known to demonstrate respect when speaking of opponents. Even after Mayweather threw racially charged jabs at Pacquiao in 2010, saying he would “cook that little yellow chump,” and “Once I stomp the midget, I’ll make that mother f—- make me a sushi roll and cook me some rice,” Pacquiao calmly responded by saying Mayweather’s comments were, “an uneducated message.”

For many westerners, Pacquiao’s response may communicate signs of submission in a world where success is measured through verbal and physical domination. But for those coming from cultures where collective interests historically trumped individual elevation, Pacquiao’s response and overall demeanor resonates more strongly.

Pacquiao’s modest character and boxing greatness have propelled him into international stardom, adored by virtually all in the Philippines and the broader Filipino diaspora. It is widely reported that when Pacquiao fights, 70% of the country’s nearly 100 million citizens tune in to support their beloved country person.

In 2010, Pacquiao further demonstrated a collective commitment to his country when he was elected to Congress, representing the province of Sarangani on Mindanao Island. Running on a platform to advocate for those in his constituency lacking free education or healthcare, Pacquiao has taken his boxing profession as metaphor for a larger, collective battle saying, “the biggest fight in my life is how to end poverty in my country.”

To this end, Pacquiao’s public image is one that symbolizes the complete opposite of the more flamboyant and self-interested Mayweather. Thus, it is hardly surprising that following the announcement of the 2 May showdown, the Roman Catholic raised pugilist stated, “My message to the Filipino people is ‘Thank you to our Lord for allowing me to become an instrument to help bring honor to the Philippines and all of us Filipinos, and of course thank you to the support of our fellow Filipinos and their prayers.’”

As the world’s political climate changes, sporting institutions and their respective stars tend to follow suit. Muted by corporate interests and a less overtly politicized social structure, it is rare that present-day sporting competitors emblemize competing cultural and political viewpoints.

However, in Pacquiao vs. Mayweather, sporting fans will witness much more than boxing’s two biggest stars exchanging punches. This impending mega-fight also represents a much larger cultural clash between two individuals who have carefully manufactured images – one that resonates with traditional notions of honor, humility and collective national pride, squaring off against a symbol of intense individualism and capitalistic greed.