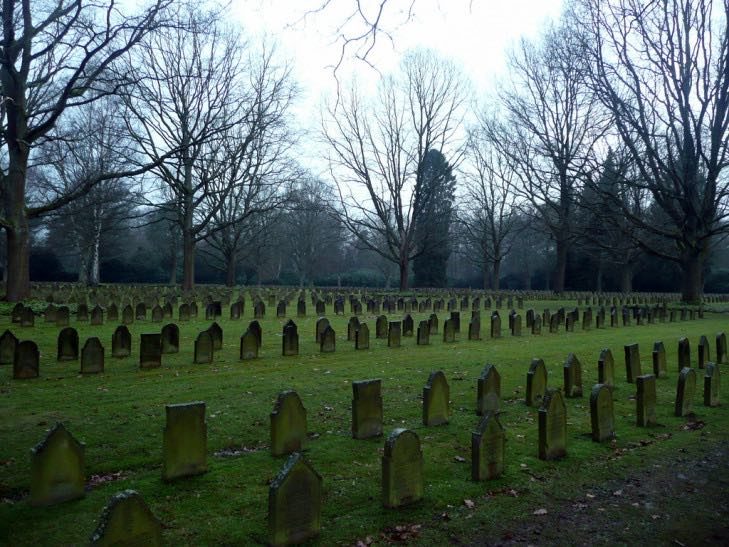 Posing the Dead & Other Death Rituals

In this essay, April Schueths discusses how death rituals, and every other type of ritual, can change over time.

“Have you seen those pictures on the internet of dead people posing? Like, that guy on a motorcycle?” asked someone I know recently. I hadn’t, but of course, I rushed home to do some googling. If you haven’t seen the pictures (and feel comfortable viewing them), click here and here.

This trend is said to have started in 2008 at the Puerto Rican funeral of Angel Luis Pantojas, conducted by the Marín Funeral Home.  The young man had earlier told his family that he wanted to be displayed on his feet rather than in a casket. During the viewing, he was fastened to a wall in his family’s home, and his funeral was referred to as “El Muerto Parao” or dead man standing. Since “El Muerto Parao,” similar funerals have taken place in Puerto Rico and the United States.

But How Can People Make Light of Such an Important Ritual?

People around the world use different rituals, that is, “scripted collective activity that employs certain cherished symbols” (Marwell and Murphree 2013: 391). Rituals, whether sacred or secular, delineate important transitions and provide meaning to the people involved. Rituals include things like graduation ceremonies, holiday traditions, and even interaction patterns, such as the way we greet one another. Check out this webpage for more on the sociological roots of rituals.

Death rituals, such as funerals, offer the grieving a structured and culturally appropriate way to part with their loved ones. Taking part in ritual may:

“Assist in acknowledging the reality of death, provides social support, encourages the expression of emotions, and helps in converting the relationship with the deceased from presence to memory. Ritual also draws the bereaved back into the presence of family and friends; this reconnection with community decreases the social isolation that may develop as a result of the death and facilitates healing” (Kobler, Limbo, and Kavanaugh 2007: 290).

Rituals Can Change Over Time

We tend to view rituals as ageless. “Rituals tend to present themselves as the unchanging, time-honored customs of an enduring community,” (Catherine Bell 1997: 210). At the same time, rituals do tend to resist change. So would it surprise you if I told you that this isn’t the first time in the U.S. that posing the dead has been popular?

During the Victorian era, photographing deceased loved ones, even in family pictures, also referred to as a mourning portrait, was seen as a common way to keep a loved ones’ memories alive. It wasn’t until the 20th century that death became professionalized, that is, people got paid to do this work. Previously family members and friends had been responsible for caring for the dead. Beginning with the Civil War and the introduction of embalming, or preserving the human body after death, these care duties transitioned to the funeral home. This shift wasn’t without its critics. Christian leaders in the U.S. during the early 20th century criticized embalming as a form of pagan body worship (Laderman 2005).

So, what can we take away from “El Muerto Parao” and other modern death poses? Rituals, including death rituals, can transform over time, even when they’re somewhat resistant to change. I’m not predicting that death poses are going to become the new thing, but maybe posing the dead, isn’t so strange after all, especially when we use a sociological perspective.