Preventing Epidemics and The Return of Polio

Polio was erradicated in Syria in 1999, but last week 10 cases were confirmed. In this post, Stephanie Medley-Rath explains how social factors contribute to health outcomes and how the reemergence of polio in Syria could indicate an approaching epidemic of the disease. 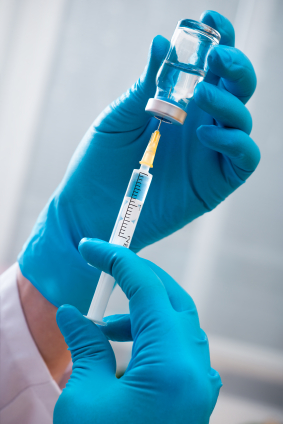 Epidemiologists study the social factors that contribute to health outcomes (e.g., likelihood of contracting a disease or dying). Epidemiologists have found that factors such as race, gender, and age are correlated with health. For example, the leading killer of women in the United States is heart disease, but this is only true for white and black women. Cancer is the leading cause of death for Hispanic, Asian American, and American Indian/Alaska Native women. In other words, gender, race, and ethnicity are correlated with cause of death.

Epidemiologists work at organizations such as the Center for Disease Control and Prevention (CDC) and the World Health Organization (WHO) These organizations track the spread of disease and work at preventing disease. Knowing who has contracted a particular illness can help the CDC and the WHO better predict which groups are most at risk so that they can better target prevention campaigns.

It is the job of epidemiologists to track epidemics, which could become pandemics. An epidemic is a disease that is widespread within a particular population (i.e., a community or country). A pandemic is an epidemic that has spread worldwide. HIV is an example of a pandemic in that it is found all around the world. Malaria is an example of an epidemic in that it greatly impacts some regions of the world while others remain untouched. It is possible for epidemics to be defeated.

Polio is an example of a disease that was once epidemic in the United States, but today is mostly a memory. Prior to the polio vaccine, there were approximately 35,000 polio cases each year in the U.S. After the vaccine, polio rates declined dramatically and there have only been 162 polio cases in the U.S. since 1980.

The WHO and CDC, among others, have worked at eradicating polio around the world to the point where only Pakistan, Afghanistan, and Nigeria consistently have polio cases, until last week.

Last week, the WHO confirmed that 10 children have been paralyzed by polio in Syria. While it is too soon to tell where the virus originated, it speaks to how war can impact public health campaigns. Nearly all of the confirmed and suspected polio cases in Syria are among children under the age of two, which means that vaccination programs have clearly been disrupted to the point that a polio epidemic in Syria is quite possible. Moreover, refugees are fleeing Syria, which means that it is possible that polio could reemerge in those nations housing refugees, such as Jordon and Lebanon.

While war has numerous negative outcomes on the people living through it, the reemergence of diseases that were once eradicated (as polio has been since 1999 in Syria) have the chance reemerge. While epidemiologists and other public health workers are critical to stemming epidemics and preventing pandemics, also critical is political stability.

Many people try to lose weight, but very few succeed in keeping it off – even those who were on The Biggest Loser. In this post, Amanda Feh…