A good number of sociological bloggers and progressive journalists have rightly been covering the recent Steubenville rape case in which a small group of high school football players sexually assaulted an adolescent girl and then boasted of their exploits across social media. The case has made international headlines not only because of the sexual assault and how blatantly the perpetrators bragged about their actions, but also because the perpetrators were high status male athletes in their local community. Consequently, many of their peers and even some adult mentors essentially covered up the crime. In this post, David Mayeda reviews some of this case’s sociological coverage and discusses how sporting culture plays into rape culture across the globe. 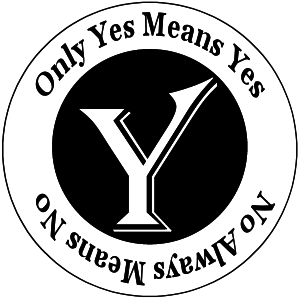 In August 2012, at least two teenage male football players from Steubenville High School (Ohio, USA) sexually assaulted a girl from West Virginia who had come to Steubenville for a party. In a variety of disturbing ways, the males involved arrogantly bragged about the assault in online videos and on Twitter and Instagram. Sociological Images provides the alarming footage of a Steubenville High alumni who incessantly makes fun of the sexual assalut – a vivid example illustrating clear existence of what sociologists and others call a rape culture, where rape is celebrated, minimized, dismissed, covered up, and/or blame is assigned to the victim(s) (see also here and here).

Rape culture, however, frequently interacts with additional institutional forces. As noted previously, some dimensions of sporting culture also perpetuate a society’s rape culture. Dave Zirin at The Nation reminds us to question how male sporting culture operates in society. As young male athletes grow up receiving immense amounts of social privilege (e.g., incessantly being given unearned privileges and exonerated from personal mistakes), does the likelihood that they will engage in more extreme deviant actions correspondingly increase? Let me be clear, not all venerated male athletes unabashedly engage in harsh forms of deviance. In fact most probably don’t, but does the likelihood increase? Here’s howZirin posed the question:

I would agree with Zirin and say yes. But it’s more than the ways that male athletes are treated as public heroes who can do as they please in societies where sport is deeply embedded in society’s power structure. Sporting culture also seeps into male groups, where individuals within them simultaneously aim to out-do and bond with each other through others’ exploitation. This masculine bonding can be committed against females or males, but in the process, the victim is typically feminized, irrespective of his or her sex.

In the Steubenville case, this gendered bonding and exploitation is clearly visible, as the adolescent males enhanced their friendship through the physical and subsequent verbal/online abuse of the female victim. Karen Franklin, in her important article, “Enacting masculinity: antigay violence and group rape as participatory theater,” notes further that males who participate in such activities are actually compensating for masculine insecurities by performing and showing off in front each other, at the expense of the feminized victim:

This is a social phenomenon also seen in developing countries where sport does not carry as much social currency as in the United States. See for example this telling video produced by Aljazeera on group rape in Cambodia:

At time 5:14 of the video, listen to the male interviewee describe how male perpetrators victimize women in group fashion, hoping to demonstrate to each other their superior sexual (i.e., masculine) prowess. To this end, the feminized victim(s) becomes objectified as a prop, for men with heavy insecurities to re-establish a violent masculinity in competitive pack form. And even in locales like Cambodia, the sporting metaphor is weaved into the social phenomena: “There is a dimension where it’s almost sport-like, where young men egg each other on in terms of the perpetration of violence against women” (see 9:19 of video).

Thus while pervasive violence against women and girls is often times seen as something only happening in developing countries, the Steubenville example reminds us that rape culture exists as a global phenomenon, also in developed countries.

The prevention of such violence is not about telling women and girls how to dress or behave. It’s about socializing boys and young men to develop a socially healthier form of masculinity. At 18:20 of the Aljazeera video, social workers discuss how teenage males learn about their maleness, sex, and intimate relationships through highly violent means (e.g., pornography and violent peers). The need then, is for men with healthier social outlooks to take leadership in teaching the younger generations of boys what it means to be male.

Read Part 1 of this series here.