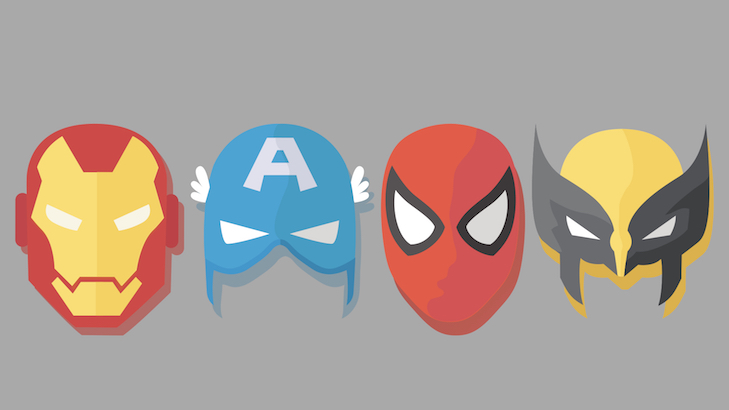 In this piece, guest author Albert Fu discusses recent controversies over the casting of actors for super hero movies.

I am a huge fan of Marvel’s movies, television characters, and comic books. However, I am keenly aware that superheroes – like all cultural icons – are produced by a society in which not all racial/ethnic groups are equally represented.

You may have heard of some of the different controversies regarding race and casting decisions for Marvel’s movies and television programs. Before Finn Jones was cast as Iron Fist, there was an online campaign to cast an Asian-American actor to portray the character. Last year, controversy erupted upon the release of a Doctor Strange trailer that featured Tilda Swinton, a white English woman, depicting the Ancient One, a character born in a fictional village in the Himalayas. To many Swinton was playing a traditionally Asian character in yellow face. Once the movie came out, an online exchange between comedian Margaret Cho and Tilda Swinton regarding the casting was made public. There was also a negative reaction to Zendaya Coleman’s rumored casting as Mary Jane Watson in the upcoming Spider-Man film. It was argued by some that Mary Jane could only be played by a white woman. I could go on here, because there have been many other similar controversies about the race of actors hired to play Marvel characters, but I think you get the gist.

Why is there controversy? Part of the controversy stems from the fact that Hollywood has a long history of avoiding stories focused on people of color, excluding characters of color from their scripts, and casting white actors to play the few characters of color that have made it into their films. For some fans, they saw the re-interpretation of beloved characters as an opportunity for Marvel to deal with the racist and Orientalist origins of many characters in their comic book universe. Yet, for other fans, the mere suggestion of “racebending” beloved characters was an attack on their subculture and beloved Marvel characters.

Here I do not want to discuss whether a character should or should not be racebent. In fact, the race of characters has changed and become accepted by mainstream audiences. For instance, Nick Fury, Heimdall from the Thor movies, Quake in Agents of SHIELD and others in various Marvel films and television programs have changed with far less fanfare. It is perhaps a more interesting sociological question of not whether Marvel should have changed the characters as much as whether fans could conceive of it happening. As discussed in an earlier Sociology in Focus piece, social structure is all about opportunities. The question of could a character be changed is very different from whether a character should be changed. The fact that some fans could not conceive of Iron Fist being portrayed by an Asian-American actor, and that Marvel cast Tilda Swinton as the Ancient One reveals a great deal about race and social structure.

Casting Beyond the Screen

While it is easy to say that this isn’t a big deal because it’s just a frivolous superhero movie, we can find parallels between the way fans legitimize social norms. I have found in my research that character and canon are often cited as reasons why a character’s race should not change (Fu 2015). Users on popular comic book and geek fan sites have argued that Iron Fist has always been depicted as white, and should remain white. In the past, similar claims have been made about Spider-Man and other characters. Such appeals to character and canon are not unlike what we see in other areas of social life.

The idea that changing the appearance of a hero makes the character less “qualified” is not unlike the way “soft skills” often play a role in racial discrimination in hiring. Not being able to imagine someone other than a heterosexual white male filling a fictional role, parallels the limited possibilities and opportunities for those who do not fit that description in the real world. Just as the colorless history in textbooks is rarely questioned, the appeal to canon in comic books often ignores the racial exclusion in earlier stories. When a more inclusive and diverse canon/history if offered – that includes heroes of color – there is often resistance. The claim that this is not the “history” they were brought up with is not unlike those who claim that this is not the Iron Fist or Mary Jane they grew up with.

Race is a social and historical construct. Yet, this does not mean that is fiction. What the controversies over super hero casting suggest is that race is very real to people. That some fans cannot imagine their favorite fictional characters being portrayed differently reveal how embedded race is in our social and cultural institutions. As such, we need to critically examine how race influences us in firm and consequential ways.

Albert S. Fu is an associate professor of sociology at Kutztown University of Pennsylvania. His research interests are culture, globalization, urban, and environmental sociology.