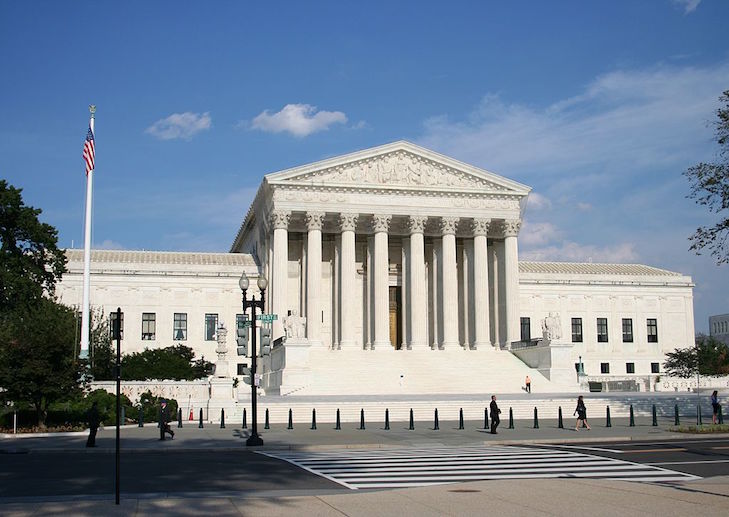 Last week, the Supreme Court ruled that it is legal for university admissions offices to consider an applicant’s race when making enrollment decisions. In this piece, Nathan Palmer discusses why racial educational inequality remains a problem and the role affirmative action plays in addressing it.

On Thursday, the Supreme Court ruled that the University of Texas may continue to consider a student’s race when it decides who to admit. After her application was denied in 2008, Abigail Fisher sued the University of Texas arguing that as a White woman, her race was an unfair and unconstitutional impediment to her pursuit of a college degree.

Last year outside the courthouse, Fisher said, “Like most Americans, I don’t believe that students should be treated differently based on their race.” While on the surface, this argument may seem straightforward and sensible, it ignores the fact that race affects how students are treated from kindergarten through college.

In the United States educational inequality is produced on two fronts: within the schools students attend and within the homes they return to after the final bell. White students are more likely to attend schools that are better funded and offer more educational resources opportunities than their peers of color (Kozol 1991; 2005, Lafortune, Rothstein, and Schanzenbach 2016; Reardon, Kalogrides, Shores 2016; Roscigno, Tomaskovic-Deveym, Crowley 2006). Schools with higher funding can afford to provide their students with state-of-the-art resources, more advanced placement (AP) courses, and a wider array of extracurricular activities. All of which give their disproportionately white graduates an advantage over students from less well funded schools in the competition for admission to the most prestigious universities. This is a form of inequality that is created by the public policy choices of state and local leaders. We could choose to fund all schools and students equally, but we don’t.

However, even if we did equalize the funding of schools, educational inequality would likely persist because of the differences between the resources families have to invest in their child’s education. White and Asian American households have higher median incomes than households of color (U.S. Census 2015). Affluent families can use these resources to provide additional tutoring, expensive extra-curricular experiences, and ACT/SAT test preparation classes. Furthermore, students from low income families are disproportionately likely to have to deal with food insecurity, high crime neighborhoods, and many other stressors shown to lower academic performance (Jyoti, Frongillo, and Jones 2005; Sharkey 2013).

I have only begun to scratch the surface here. However, what’s important here is how supra-individual factors like the family you were born into, the neighborhood you grew up in, and the policy choices of your elected leaders affect your individual chances of getting into the college of your dreams. Because all of these factors differ across racial lines, this is how racial economic inequality creates racial educational inequality.

The U.S. Isn’t Ready to “Move Beyond Affirmative Action”

After last week’s decision, Fisher said in a statement, “I hope that the nation will one day move beyond affirmative action.” I too have the same hope. However, before that can happen, we have to address the economic and educational racial inequality that affirmative action was originally designed to address.