After tragedies like the mass shootings in Aurora, CO and at Sandy Hook elementary, you might think that a football stadium would be the last place you’d find a ritual to mourn the loss of life. However, it’s not uncommon at all. In this post, Stephanie Medley-Rath illuminates how sports are like religion by considering mourning rituals, which are present in both. 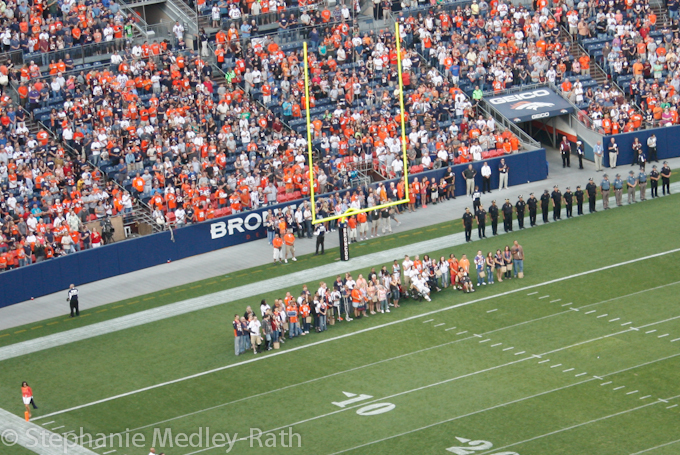 A social institution is an abstract concept used by sociologists to describe how certain things get done in a society. Social institutions include education, economy, politics, medicine, religion, and more.

Social institutions persist over time and perform various functions in society. Consider education. It seems to simply exist whether I am personally involved in it or not. My life is intertwined quite extensively with  education. I spent many years as a student, now work as a college instructor, and will soon be the parent of a kindergartner. Education serves several functions: passing on skills and knowledge to the next generation, creating jobs, and providing childcare.

Now let’s turn to religion as a social institution, which many of you will also be familiar with. Like education, religion also serves several functions in society. Functions of religion include providing guidelines for everyday life. In Christianity, one of the ten Commandments is “thou shall not kill.” Isn’t that also a law? Of course, we make exceptions in the case of military service or policing. This, however, is not an analysis of what this Commandment ultimately means, it merely serves as an example of how religion seeps into everyday life even if you yourself are not particularly religious.

Another function of religion is to provide emotional comfort. Emotional comfort may take place through a mourning or death ritual. Think about it. What do you do when someone dies? A secular funeral home might be involved, but for many their religion serves as a guide as to what they should do. For example, some religions restrict the use of embalming, while for others this is a perfectly acceptable practice.

While sports might not be exactly like religion, they do provide at least one common function: emotional comfort surrounding death.

I witnessed this function at a Denver Broncos pre-season football game in August 2012. The victims and survivors of the Aurora theater shooting were recognized during the pre-game show. Survivors and their families (pictures above) came out onto the field to be recognized.

Months later, another horrific mass-shooting occurred at Sandy Hook Elementary School. By chance, I caught a bit of the pre-game show for the New England Patriots v. New York Giants game that occurred shortly after the shooting. The victims of the Newtown, CT shooting were recognized with 26 flairs, one for each victim from the school.

I do not pay nearly enough attention to professional sports, especially football to draw any sort of conclusion as to whether or not these public mourning rituals in professional sports are increasing or not. What these examples do show is that sports do serve at least one function with religion.