Wow, the Seattle Seahawks blew out the Denver Broncos in this year’s Super Bowl! How many of you saw that coming? If you believe in the saying, “Defense wins championships,” you might have predicted a Seattle victory. Speaking of defense, one member of Seattle’s “Legion of Boom” received mounds of media attention in the weeks leading up to Super Bowl Sunday – cornerback Richard Sherman. An athletic play by Sherman two weeks earlier thwarted a San Francisco 49ers drive and sealed Seattle’s trip to Super Bowl 48. However, it was Sherman’s postgame interview and the attention it generated that caused all kinds of controversy. In this post, David Mayeda uses this case to illustrate the concept of racialized code words. 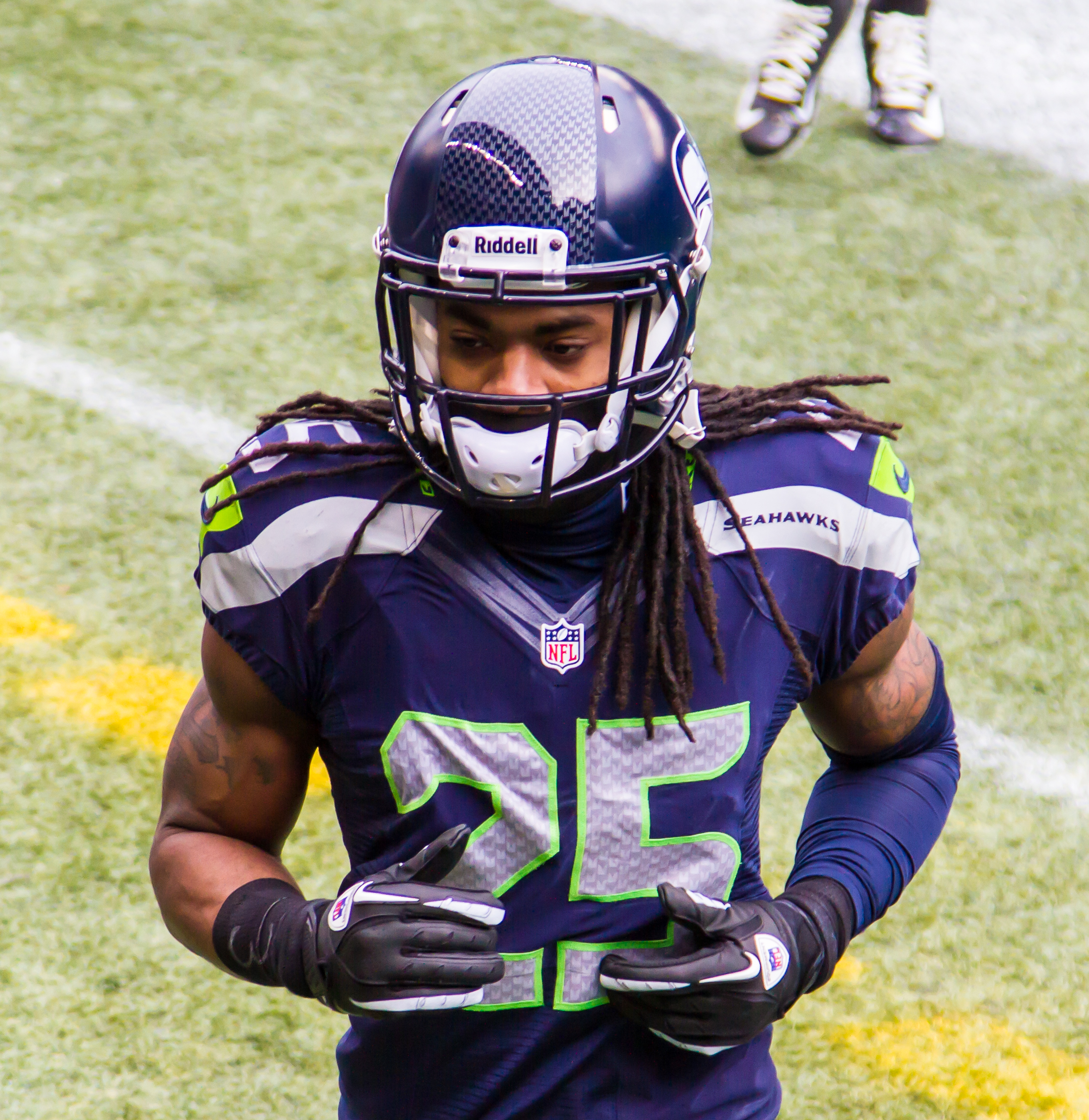 Like other sectors of society, sport serves as a site where constructions of race are developed and contested on a regular basis. Throughout history, sport has always responded to broader race politics, while simultaneously firing back at the racialized patterns seen off the field.

We see it less now than in decades past. Today’s celebrity athletes are more constricted by corporate-driven politics and a less active push for social justice. Now in the twenty-first century, much of society likes to feel we have reached a place where perceptions of race and behavioral racism no longer matter, or only emerge among fringe, extremist groups outside the mainstream. The thing is, racism is still quite pervasive throughout society. It’s simply changed.

As described above, following Seattle’s win over San Francisco about three weeks ago, Richard Sherman was interviewed by side-line reporter Erin Andrews. In the interview, an animated Sherman asserted his status as the League’s top cornerback, while verbally deriding 49er wide-receiver Michael Crabtree, and doing so by staring angrily into the camera. Sherman and Crabtree had developed a mild rivalry; both are African American.

No doubt Sherman provided a feisty and different kind of interview, but considering some of the outrageous, discriminatory things athletes and sports managers have said very publicly over the years, Sherman’s words and method of expressing them were perhaps atypical, definitely emotional, but hardly threatening.

Still, the interview generated extensive media attention, and a significant backlash from individuals through social media where Sherman was repeatedly labelled in harmful ways. It is here where we see how racism has shifted in contemporary society and where we can reflect upon Sherman’s experience as an athlete beyond sport.

The bulk of Americans like to think that racism is no longer a significant social problem and would like to present themselves as supportive of a color-blind, postracial culture that no longer needs to consider race in in everyday interactions, let alone in public policy.

Unfortunately a significant portion of society is still resistant to talented, confident, intelligent, outspoken, and as Kevin Beckford and Greg Howard say, multidimensional black men. In turn those societal members who harbor racist attitudes must find ways to express their discriminatory thoughts in a manner that protects them from being called racist.

Enter the code word, “thug.” Code words are words that at their base have nothing to do with perceptions of race, but within a particular social context hold strong racial undertones and reify racist stereotypes.

In describing African Americans, code words that too often enter the lexicon of mainstream media include, “inner city,” “welfare queen,” and especially for males, “thug.” It is hardly surprising then, that the day after Sherman’s rant, “people said thug on TV more often than on any other day in the past three years,” and that Sherman was an overt target across social media, repeatedly called a thug, along with overt racial epithets.

This is a far too common way that racism operates in contemporary society – hidden within seemingly objective vernacular that in reality carries distinct racial bias. A highly intellectual individual who graduated from Stanford University and is pursuing a postgraduate degree, Sherman asserts, thug “is the accepted way of calling somebody the N-word nowadays.” More from Sherman:

“The backlash surprised me…we’re talking about football here. A lot of people took it further than football. And I guess some people showed how far we’ve really come in this day and age. And it was kind of profound, what happened. Because I was on a football field showing passion. Maybe it was misdirected, maybe it was immature, maybe things could have been worded better. But this was on a football field — I wasn’t committing any crimes or doing anything illegal; I was showing passion after a football game.” [emphasis added]

Worldwide, ethnic minorities are keenly aware of the code words and nuanced ways that everyday racism keep us pushed to the periphery. It should not take the unfair treatment of a celebrity athlete of color to uncover the cloaked nature of contemporary racism.

An earlier version of this piece was cross-posted at The Cranky Sociologists.