What did your teachers expect out of you? Were you “college material”? Were you “a trouble maker?” Researchers have long been interested in how teacher expectations affect students. One classic study by Robert Rosenthal found that when teachers thought students were destined for success, they became successful. In this piece Nathan Palmer takes a look back at his own K-12 experiences to discuss the power of what sociologists call self-fulfilling prophecies.

In the third grade I was diagnosed with a learning disability and was placed in the special education program. From that day until the day I graduated I spent a portion of every school day in the special ed room. All of my teachers were told that I had a learning disability and that I struggled with writing. My face would become red and hot when teachers would bring up my disability in front of my classmates. Until the last damn day of my senior year I had to have a sheet signed by my teachers saying I had done my homework and that I had not misbehaved in class. My soul exploded with shame and anger when my teachers would make a production out of signing that piece of paper or when my classmates teased me about it.

Students become what their teachers expect them to become. Or at least that’s what Robert Rosenthal’s research suggests. In the late 1960s, Rosenthal had the teachers in one elementary school give their students a test that was supposed to predict which students were destined to dramatically grow their I.Q. score during the school year. After the tests were collected, Rosenthal picked at random a small group of students to be labeled “academic spurters”[1]. 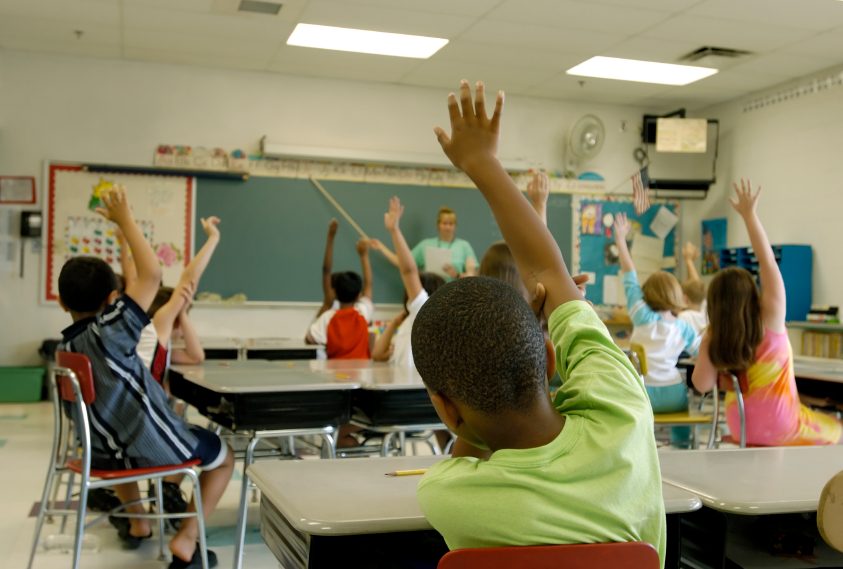 Rosenthal told the teachers that students identified as “academic spurters” were certain to grow their I.Q. over the next year. Let’s be clear here, these students were chosen at random, so this claim was completely imaginary. At the end of the school year, Rosenthal retested every student’s I.Q. in the school and found that the students labeled as “academic spurters” had their I.Q.s rise an average of 12 points, while the rest of the student body only saw an 8 point increase. Teachers were tricked into believing their students were destined for academic growth and grow they did.

“Wait, there has to be more going on here, right?” you may be asking. Rosenthal and many other education scholars argue that teacher expectations affect how they interact with students. Last week Rosenthal addressed this exact question in an interview with NPR. Below is an excerpt from the transcript of the interview of Rosenthal by NPR reporter Alix Spiegel:

Sociologists call these scenarios self-fulfilling prophecies. Rosenthal prophesied that these students would have higher I.Q.s and because he did the students were treated differently by their teachers and because of that their I.Q.s grew; just as Rosenthal predicted. Because these students were chosen at random we can safely say that they would not have shown these levels of I.Q. growth had Rosenthal not made his prophecy. He said it would happen and it happened only because he said it would. That’s the classic definition of a self-fulfilling prophecy.

You Are Not Defined By The Expectations Others Have of You

A self-fulfilling prophecy is not magical thinking. You can make the prophecy that you will be a millionaire, but doing so won’t raise your odds.

Furthermore, all of us have a role in how our life unfolds or as sociologists would say, each of us has agency. It’s true that society tells us who we are and what they expect of us, but there are countless examples of people who exceed expectations and do what no one thought possible. Many people struggle in K-12 and go on to lead successful lives. On the flip side, some K-12 students who are identified as gifted go on to very little with those skills.

Throughout my school experience my teachers told me I wasn’t a good writer and you know what? I wasn’t. They were right. In many ways I’m still not as the grammarians reading this post are likely able to see clearly. And yet, here I stand today a professional writer.

Please, I beg you, don’t read this and think I’m telling you that if you work hard enough your dreams can come true. In many ways I was supremely fortunate to be born in the internet age. I can Google grammar questions, my spelling is auto-corrected by my computer, and I’ve been fortunate to work with patient editors. No, I didn’t tell you about my experiences because I wanted to take a victory lap in front of my naysayers. I bring them up because I wanted you to hear my story and ask yourself, “how has my life been affected by the expectations others had of me?”

In this essay, Beverly Yuen Thompson talks about how more women than ever are now getting tattooed. Women who collect many tattoos may go ag…