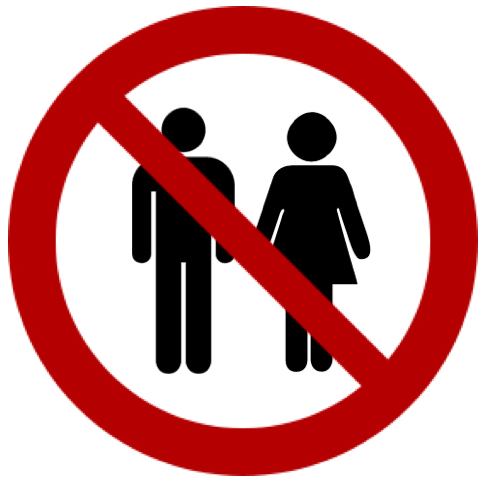 What is your biological sex? That may seem like an easy question to answer, but it’s not. In our day-to-day lives, we often look at a person’s gender and assume their biological sex is inline with our cultural expectations (i.e. feminine people are females, masculine people are males). However, as the transgender community makes clear, the outward presentation of your gender is a matter separate from your genitalia.

Even if you could see a person’s genitals, you couldn’t identify them as male or female. Genitals may be an important part of how society defines our biological sex, but so too are our chromosomes, hormones, reproductive organs, and secondary sex characteristics [1]. There are many people who have genitals that society associates with males or females, but one or more of their other sex attributes do not comply with our social expectations. Today, we call these people intersex.

I’m guessing that some of you reading this think I’m being fancy here or that I am overcomplicating something that is dead simple. However, while many of us may find sex to be easy to define in our daily lives, defining sex scientifically is far harder if not impossible (Hood-Williams 1995). The inability of science to distinguish males from females may be a non-issue for most of us, but for olympic athletes it can be a major problem.

Before athletes are allowed to participate in the women’s Olympic competitions, they are required to go through a sex verification process. The International Association of Athletics Federation (IAAF) has established what it calls hyperandrogenism regulations which limit the amount of testosterone a female athlete can have in their body. Testosterone is a naturally occurring hormone that both males and females have in their bodies, but typically females have lower levels of testosterone than males. In addition to testosterone tests, women can be forced to provide blood and urine samples or have MRI scans of their bodies (Simpson et al. 1993). These examinations leave many athletes feeling humiliated and that their privacy has been violated.

In addition to being harmful, these sex verification exams are needless. There is no reason to suspect that male athletes are attempting to enter women’s Olympic competitions. It’s hard to imagine how this could even happen. While providing the urine samples that will be tested for performance enhancing drugs, all athletes must expose their genitals to officials. Furthermore, there is no scientific evidence that female athletes benefit from having above average levels of testosterone in their bodies (Ross and Collins 2010). For these and many more reasons, the Court of Arbitration for Sport suspended the IAAF’s hyperandrogenism regulations in 2015.

Women like Dutee Chand and Caster Semenya, two women who have been prevented from competing in the past due to the elevated levels of testosterone their bodies naturally produce (Padawer 2016; Zirin 2014), are not cheating. Yes, their bodies may be atypical, but that could be said about most Olympic athletes. For instance, Michale Phelps’s chest is double jointed and has a wingspan that exceeds his height (both are rare genetic variations). However, unlike Chand and Semenya, Phelps physic is celebrated for its differences.

There Aren’t Two Sexes. Never Have Been. Never Will Be.

The scientific truth here is that we cannot neatly separate athletes into male and female groups because the male/female dichotomy is a social construction. In a biological and physiological sense, each of our bodies is unique. While there may be common or typical configurations of the bodies we call male and female, the exact configuration will always vary between us.

Nature loves diversity, but humans love simplicity. Separating males from females may be socially useful, but when the dividing lines limit and oppress, we have to acknowledge that they are social constructions and we could choose to construct them in a different way.

“I Can’t Walk In These Shoes”: How Culture Manifests in the Material World