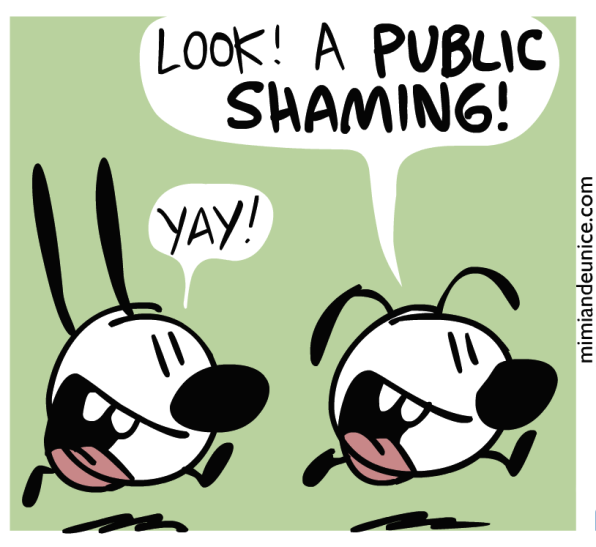 In the one or two lectures most introduction to sociology courses give on theory, students are often left confused as to what the heck that thing was and why the heck we care about it. In this post, Bridget Diamond-Welch discusses why theory is important providing an example of how reintegrative shaming informs the likely success of a new Presidential Order on hiring.

This week President Obama instructed federal agencies to “Ban the Box” from their hiring decisions. The “box” in this case refers to the question that asks applicants if they’ve ever been convicted of a crime. Federal employers are still free to do background checks or ask an applicant about their criminal history during a job interview, but only after they considered the application. The quick video below can fill you in on the rest.

What is Social Theory?

Sure, you probably get that theory directs how research gets done and tells a person what to look for and what to ignore when designing their study. But besides creating that long, dry, boring research paper that you may be forced to read (gulp) in a higher division class, why do we bother?

In order to answer that question, we first need to define theory. There are a lot of definitions out there. The one I like is “a generalization separate from particulars.” In other words, a theory is a general story about how the world works that doesn’t refer to something that has happened in a particular time or place. For example, if I said Jane slapped Jim because Jim grabbed her butt, that’s not a theory. That talks about a specific instance. However, if I say “A woman will physically retaliate when a man touches her in an unwanted way” we have a theory. I can apply this to Jim and Jane, and Jamal and Jennifer, and Jasmine and Jacob (and even people whose names don’t start with J).

What makes a theory powerful and useful is that it can predicts human behavior across different situations. And to the extent you can apply it successfully in these different situations (test it and find support) is the extent that you have faith in your theory. When you find a place you can’t apply it, you can then adapt your theory. For example, if you see an example of Peter touching Paula on the arm and Paula doesn’t want the touch your theory says she should slap him. If the touch occurs and no slap does, perhaps you can add to your theory, “A woman will physically retaliate when a man touches her in an unwanted way on a sexualized part of the body.”

What if we could not just predict Paula slapping of Peter? What if we could stop the slap from happening by stopping him touching her inappropriately in the first place?

Enter the real importance of theory. Confused? It might be easier to understand with a real theory. I know, you’re gonna have to sit through the description, but we’ll do an easy one – John Braithwaite’s (older white but still alive guy) theory of shaming and crime.

In criminology, there are many views on how punishment affects crime. One view (such as rational choice theories) argues that punishment decreases crime because people will want to avoid the punishment (i.e. don’t do the crime if you can’t do the time!). Another perspective actually says that punishment can actually increase crime. This perspective (largely called labeling theory) argues that punishing a person results in them being labeled by themselves and others as a criminal. (You all treat me as if I’m bad, I might as well BE bad!). Braithwaite says that punishment can actually have both kinds of effects, depending upon the effect of that punishment. He’s particularly interested in punishments that use shaming which Braithwaite (1989: 55) defines as “all processes of expressing disapproval which have the intention or effect of invoking remorse In the person being shamed and/or condemnation by others who become aware of the shaming."

He goes on to argue that there are two types of shaming: disintegrative and reintegrative. Disintegrative shaming stigmatizes and excludes the person who is shamed from society. It sets them apart as “not one of us” or labels him or her criminal person.

Reintegrative shaming, conversely, shows that the community disagrees with the behavior but then allows the person to come “back into the community of law-abiding or respectable citizens through words or gestures of forgiveness” (Braithwaite 1989: 100). Examples of this type of shaming are restorative justice initiatives.

Braithwaite argues that those who experience disintegrative shaming are often locked out of society. They have trouble getting jobs. They have issues finding housing. They can’t form a new network of friends and social support that help them not to offend – so they end up reoffending, committing another crime. Reintegrative shaming serves the important purpose of allowing society to still maintain control (shaming points out what is not acceptable to society AND is something to be avoided – no one likes to feel ashamed or be out of the graces of their family and community) while providing a legitimate way for the person who committed a crime to become a functioning member of society again.

Written so generally, as theories should, this theory can help us understand why a 13-year-old committed suicide after being publicly shamed in a disintegrative way. It can help us why this study found that 2/3rds of released prisoners are rearrested after release. And, MOST IMPORTANTLY, it can help us know what we can do about these problems.

As Braithwaite would tell us, those with a criminal record have a harder time getting a job (like this famous study by Pager). It can be harder to find a house once released from prison – and so many more issues as well (watch Alexander discuss her book). Checking a box on applications reaffirms the disintegrative shaming and continues this shame. It doesn’t provide a chance for these individuals to re-enter society. Getting rid of the box – well, then someone who has done their time (society has shown that the behavior they did was not acceptable) can now have the opportunity to rejoin society.

Will this work to decrease crime? Only time will tell. But Braithwaite’s theory helped shape political discourse that provides a potential solution to a large and important social problem.