Swim at Your Own Risk: Racial Disparities in Drowning

Is swimming a part of your summertime fun or does it feel you with dread? Does your reaction to swimming have anything to do with your race? In this post, Stephanie Medley-Rath explains the role of race in swimming and drowning. 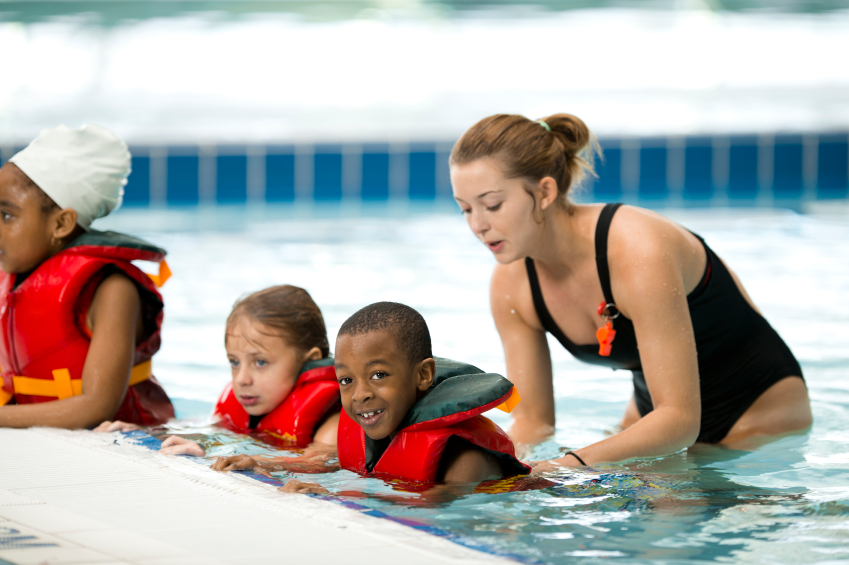 I’ve swam in ponds, lakes, and creeks. I’ve swam in chlorinated backyard pools, public pools, and hotel pools. As an adult (who has spent most of my life in the landlocked-Midwest), I’ve managed to swim in the Atlantic Ocean and the Gulf of Mexico.

Swimming has always been a part of my life. As a child, I took swimming lessons for one week each summer. It never failed that the week of my lessons, the weather would be about 70 degrees and overcast (i.e., too cold), but I still went. I was never very good. I like to say, that I knew enough not to drown. That may sound a bit over-confident, but I did know how to swim and learned some basic survival skills.

Little did I know that my access to public swimming spaces, swimming lessons, and risk of drowning had something to do with my race or the legacy of racial discrimination. This is what white privilege looks like. As a child, it was easy for me to assume that most people had similar opportunities as me. As an adult (and trained sociologist), I know that most people did not have similar opportunities as me. I also know that these opportunities differ not only on obvious factors like social class, but also things like race and gender (for this post, we’ll focus just on race).

For the first time, the 2012 U.S. Olympic Swim team had three members of African-American descent (two of which medaled) out of 49 total members. These three swimmers account for 6.12% of the swim team, while African Americans account for 13.1% of the population overall.

The Center for Disease Control and Prevention (CDC) reports that racial disparities persist in risk of drowning:

In other words, there is a statistically significant difference in the likelihood of drowning by race. (Also of note, drowning risk varies by age and setting-pool, bathtub, natural water.) Statistically significant means that this difference is not due to chance, but is correlated with race (along with age and setting). But why? In particular, why are African Americans more likely to drown compared to other racial and ethnic groups?

Part of the answer lies in the history of racial segregation as it relates specifically to swimming. Racial segregation of pools was strengthened about the same time that pools were integrated along gender lines in the 1920s and 1930s because swimming pools are perceived as an intimate space. In a culture that has long feared the intimacy of white women and black men (and has inflicted deadly violence at the thought of it), pools could not be both racially and gender integrated.

During the 1940s and 1950s, pools were racially desegregated, but like other arenas that desegregated, whites fled. Whites chose to build their own pools at home or in private clubs where they could restrict access by blacks. What America is left with is a long history white Americans limiting access to swimming pools by African Americans. Now, think about what you know about socialization. What are the implications of past segregation of swimming pools on present circumstances? If your own parents did not grow up swimming, how likely is it that you are going to grow up a swimmer? Moreover, the legacy of whites fleeing racially-integrated public pools (along with changing priorities) can still be felt in the declining public-support for public swimming pools. In other words, access to public swimming pools is still wanting.

This is the classic sociological lesson. Who you are and what happens to you is often a product of where you are within our social system. That is, if you grow up with parents who know how to swim and in a place with ample opportunities to swim, you are less likely to drown. This is just one of the many examples of how your social location can have impact your life and death.