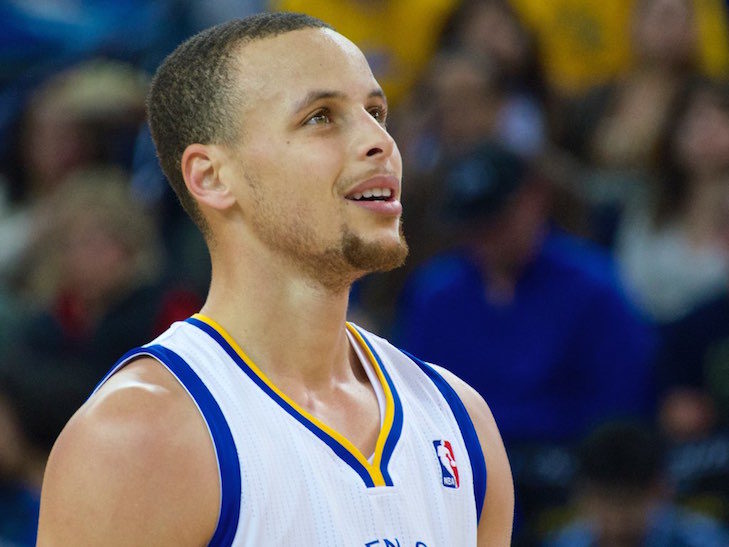 Teacher to Steph Curry: I Love You, But Please Don’t Visit My High School

Matt Amaral, a teacher in the San Francisco Bay area and life long Warriors fan, wrote an open letter to Steph Curry where he asked the NBA MVP not to come visit his high school. In this piece Nathan Palmer uses Mr. Amaral’s letter to examine social inequality and the Weber’s concept of life chances.

Just days after Steph Curry was named the 2015 NBA MVP, Matt Amaral, a high school english teacher and lifelong Golden State Warriors fan, wrote an open letter on his blog titled “Dear Steph Curry, Now That You Are MVP Please Don’t Come Visit My High School”. And you can’t dismiss Mr. Amaral as merely a hater; in his letter he makes it clear that he loves Curry as a player and as a person.

Yet despite his admiration, Amaral argues that, “Coming to poor high schools like mine isn’t going to help any of these kids out, in fact, it might make things worse.” Amaral explains that he isn’t afraid of what Curry will say to his students, but rather he fears what the MVP won’t say.

You see, Steph (I hope you don’t mind if I call you Steph), if you come to my school you will be your usual inspiring, humble, hilarious, kind self and you will say all the right things. But the reason I don’t want you to come has to do with what you won’t say.

You won’t say that since the day you were born you had a professional one-on-one tutor who helped you hone your skills on a daily basis. Your father Dell Curry was an NBA great just like you are after him, but you will not remind the poor kids at my school that they have never had such a wonderful instructor and they never will.

And if you do ever visit my school, you also won’t mention that along with your father’s success came all the monetary rewards NONE of my students have, like three square meals a day; a full sized court and hoop in the backyard; a sense of safety; a mother and a father; top schools, top peers, and community resources. I know you might not think of it like this, but you might as well have come from another planet. But you won’t say that, will you?[1]

That my friends, is an eloquent discussion of social privilege and what the sociologist Max Weber called life chances.

Some would argue that everyone has a chance to get ahead in the world as long as they are willing to work hard. This mental model of the social world conceptualizes the individual as separate from their family, their local community, the nation that surrounds them, and the moment in history into which they were born.

Others would argue that while it may be true that anyone has a chance to get ahead in society, those chances are not equal. The sociologist Max Weber (1968) argued that society was divided into a hierarchy of social classes. To Weber a social class was a group of people shared similar life chances. Life chances can be thought of as the resources and opportunities needed to achieve one’s goals in life.

Curry’s Success in the “Land of Opportunity”

In the United States, we are socialized to believe that the U.S. is the “land of opportunity” where anyone can succeed as long as they are willing to work hard. But Weber’s point about life chances shows us that while anyone may have a chance to succeed in the U.S., some of us have many chances to succeed. And some of us have far more resources at their disposal to seize those opportunities.

Like Amaral, I have genuinely enjoyed watching Steph Curry ascend to greatness in the NBA. Mr. Curry should be commended for all of his hard work and all that he and his teammates have achieved. Furthermore, Curry’s success cannot be solely attributed to his privileged upbringing; there have been many other children born into similar situations who have not had the same level of success he has. However, I argue that to fully see Mr. Curry and his accomplishments, we must consider the social context he grew up in and the life chances it afforded him.