The Clitoris: Most. Awkward. Discussion. Ever!

Some conversation topics are really awkward. But why? How do cultural norms and practices shape our feelings about certain subjects? Have you ever wondered why some topics (like sex) are awkward or embarrassing? Looking at the broader context, we can see culture and power as a guiding force not only for what gets constructed as acceptable sexuality but also comfortable conversation topics. 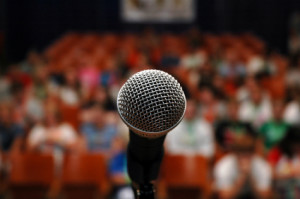 “Okay class. Today we’re going to talk about the article ‘Women and their Clitoris.’1” An awkward combination of snickers and silence fell over the room. In my excitement about the sociological point the authors made, I had forgotten about the potential for awkwardness. Here I was, a 35-year old woman, standing in front of 50 college students saying the word clitoris – and with sociological enthusiasm no less! I felt my face turn red and despite my preparation, I was at a loss for words. Hiding my discomfort was impossible, so I said, “okay, look, this is just as awkward for me as it is for you, so let’s just all say it together. Ready? Clitoris!” Most of my students played along but this pithy attempt to lessen everyone’s embarrassment just made it worse. As I began to doubt the usefulness of the article and worried about how the next hour would go, I remembered that this is exactly the point the authors made. It was not inherently awkward, but because it was about the clitoris – that mysterious lump of flesh and nerves that’s sole function is to give women sexual pleasure – we all squirmed. This is just not something we talk about in our culture – and certainly not in a sociology class.

Through our relationships and interactions with others, we learn what feels good and what feels bad and what feels naughty. More importantly, we learn how to respond to these feelings, typically from what sociologists call culture’s “feeling rules.”2 Women and girls sometimes respond to clitoral enjoyment with feelings of shame.3 How can something simultaneously feel good and shameful? According to the symbolic interactionist perspective, we act toward objects (and people) based on the meanings we have for them. If in a culture women’s sexual pleasure is forbidden, discouraged, ignored, or denied, it should come as no surprise that women and girls are confused by the satisfaction they receive from it – and that they may feel undeserving or ashamed of such satisfaction.

What could be threatening about women having orgasms?

Some sociologists argue that in U.S. culture, girls and women experience a “symbolic clitoridectomy.” In other words, even though women have clitorises in the physical sense, conversations about the clitoris are absent from discussions about sex. This is ironic given the hypersexualization of women’s bodies in mainstream media. When the clitoris is symbolically removed its importance is wildly understated, and presumed insignificant in sexual play.

When we compared this to the horrific practice of female genital mutilation where the clitoris of young girls is physically (and brutally) removed (not to mention the more recent practice of hymenoplasty, my students asked, What is the bigger issue here? Why are girls and women around the globe having their clitorises removed – symbolically or physically – and who is doing it and why? What does this say about the value placed on women’s sexual pleasure? Is women’s sexual enjoyment so threatening that we must go to such great lengths to evade its existence? What could be threatening about women having orgasms? These were all great questions. Now we were talking. The class pointed out how differently women and men’s sexuality (and our responses to it) were constructed in our culture. We went to the movies to see a vivid picture.

Even our privately experienced physiological responses – like sexual arousal and orgasm – are culturally conditioned.

Many women do not climax during sex and some never have. Researchers call this The Orgasm Gap. Women have fewer orgasms than men, despite being physiologically capable of having more. What is going on here? Are men just selfish, sexually driven animals without a clue? Of course not. But they are products of their culture. We all are. Even our privately experienced physiological responses – like sexual arousal and orgasm – are culturally conditioned. Culture is powerful stuff! As my students began to understand the social construction of the clitoris’s vague existence, they wondered what society would be like if we revered the clitoris like we do the penis.

What if the clitoris was seen as a source of power and pride? And how could it become one?

Our next class meeting, a male student walked in wearing a grin and T-shirt that said, “I (heart) Female Orgasm.” It got me thinking. With more sociologically informed conversations about sexuality, maybe it will be less awkward to discuss. And maybe all of us can learn to heart female orgasm.