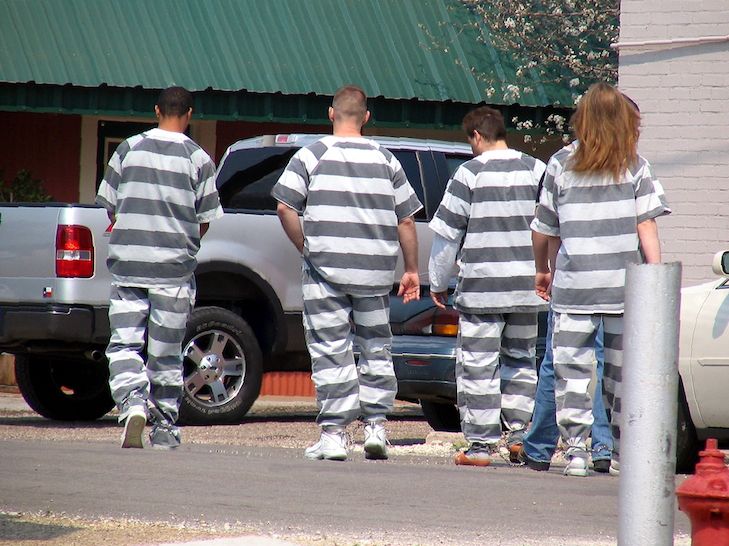 This post applies a basic concept found in labeling theory to the Office of Justice Program’s new initiative to erase certain language from their references to individuals released from prison. In this post, Ami Stearns argues that a rose by any other name may not be a rose anymore at all- at least not within the context of the criminal justice system.

In Romeo and Juliet, Shakespeare famously wrote, “That which we call a rose by any other name would smell as sweet” which is paraphrased often as “A rose by any other name is still a rose.” This saying implies that what we label or name things doesn’t have an effect on what they really are. Is this true, though? This month, the Office of Justice Programs announced that the words “felons” and “convicts” would no longer be used. Instead, people-first language will become standard in speeches and in written communication for the agency.

People-first language has become the standard for writers and journalists seeking to place the person before the disability. For example, instead of referring to someone as a handicapped person, which puts the significance on the disability, the individual should be identified as a person with physical challenges. Rather than calling someone “homeless,” they should be referred to as “a person without a home” or “person living on the streets.”

The people-first language movement has spread to the criminal justice system with the Office of Justice Program’s recent proclamation. Suggested phrases when referring to someone recently released include “person formerly incarcerated” and “citizen returning to society,” for example, instead of “convict” and “felon.” This change in policy was the logical next step from “banning the box,” the move to eliminate the question on hiring forms about past crime convictions, discussed in this Sociology in Focus post from last fall.

It’s important to note that the people-first language movement is not without its critics. Both the autistic community and the deaf community have voiced opposition to people-first language. People-first language implies that the disability itself should be viewed negatively instead of positively, which is a problem for some. Many will use the argument “a rose by any other name…” – that it does not matter what you call someone and, further, that you cannot separate the person from the person’s issue. However, do these critiques still apply in the context of the criminal justice system, where terms like “ex-con” are nearly always negative and rarely embraced as in some communities?

Persons re-entering society after serving time face monumental challenges, such as finding housing and employment, paying exorbitant fees, and a host of other interconnected issues. In addition to these obstacles to successful re-entry, people leaving prison face considerable social stigma from the communities they return to. Could the implementation of people-first language help this to some degree?

Sociological theory can help put this question into perspective, particularly labeling theory. Labeling theory is interesting because it has two distinct “parts.” The first part of labeling theory is more classical in that it draws from the early work of Emile Durkheim who suggested deviance is in the eye of the beholder. Labeling Theory Part I focuses on the power of those who designate certain behaviors as deviant and how what is wrong or right really depends on the audience.

It is the second part of labeling theory that can apply very efficiently to a discussion of people-first language adoption for former felons. Sociologist Howard Becker (1973) wrote Outsiders, which explored how marijuana smokers and jazz musicians adopted the label of “deviant.” Later, Edwin Lemert (1967) wrote a groundbreaking book called Human Deviance, Social Problems, and Social Control in which he argued that the labels we apply to people who have done something deviant can themselves lead to more acts of deviance, or what he termed “secondary deviance.” Both theorists were suggesting that people face more problems, including become even more deviant, because they have been labeled. This is a kind of self-fulfilling prophecy. A negative label such as “convict” may block a person from so many opportunities that they end up adopting and internalizing the label, becoming even more of a convict. It’s entirely possible that escaping a negative label will encourage an individual to pursue more socially-appropriate behaviors in the future.

This initiative by the Office of Justice Programs takes another step toward welcoming citizens back into the community after serving their time. If, as the agency suggests, more employers, organizations and community members adopted people-first language, it might have long-lasting effects. Since the average prison sentence is just under three years, most people will return to their communities fairly soon. Adopting language that recognizes their humanness, not their crime, may help them re-enter society and stay out of prison.

Write down three policy ideas that would assist this population. Compare your list with a classmate’s and discuss the pros and cons of implementing these policies.