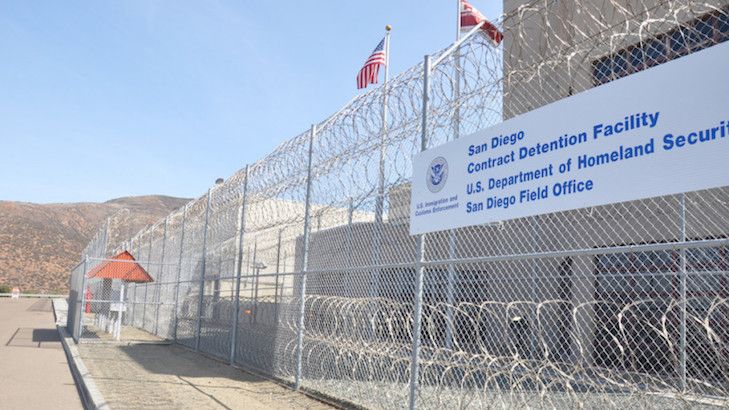 The New Juan Crow: Who Benefits from Immigration Detention?

Immigration enforcement has become a top priority in the US. When non-citizens, including legal and undocumented immigrants (adults, families, and children) are picked up, they are placed in confinement until the US determines what will happen to them (i.e., deportation, asylum, etc.). Like the prison system, the US is also number one in immigration detention, detaining nearly half a million individuals each year. In the US alone, it costs around 2 billion per yer to detain immigrants and people seeking asylum.

Sociologists, Martinez and Slack (2013: 15) also take note of the similarities of the “mass incarceration of African Americans and the criminalization of largely brown Mestizo and indigenous undocumented migrants from Latin America. “Juan Crow” appears to be riding in on the tail feathers of Jim Crow.”

Who Benefits from the Immigration Industrial Complex?

Immigration and Customs Enforcement (ICE) manages the immigration detention system and hires private companies, such as Corrections Corporation of America (CCA), and country jails to maintain detainees. Beginning in 2009, Congress implemented a yearly detention bed quota, which is currently up to 34,000 beds per year. No other law enforcement agency in the US operates on a quota system.

Immigration detention has become a profitable business trend around the world. CCA, for example, has made record revenues in recent years and plays an active role in lobbying Congress for policies that maintain the for-profit detention industry.

Supporters of privatizing detention facilities suggest that this approach saves taxpayers money. However, opponents of privatization argue this is a way for private corporations and local governments to profit. The private industry has also been said to cut corners to maximize earnings. For example, numerous reports have documented poor care and human rights abuses to both adults and children in these facilities. California has recently proposed legislation that would create restrictions for private immigration detention centers.

Public safety is also cited as a reason to support the immigration industrial complex. However, the majority of detainees have not been convicted of a crime; their offenses are immigration infractions, which are civil violations. An Amnesty International report (2008: 6) explains:

The US criminal justice system provides individuals detained and charged with criminal offenses with the opportunity to challenge their detention before a court and provides legal counsel for individuals who cannot afford to pay themselves. However, individuals detained on the basis of civil immigration violations are not provided with such safeguards.

Perhaps the most important question is, who doesn’t benefit from the immigration industrial complex? I agree with Golash-Boza (2009: 306) who explains “Marginalized groups have paid the heaviest price for the enrichment of the powerful and well connected. This is the essence of an industrial complex.”

With that, I’ll leave you with some words from Catalina Nieto with the Detention Watch Network. She describes the human cost of the immigration industrial complex.