The Rise of the Non-Church Church

Can a Sunday gathering meet the social needs of a community while leaving out religion? In this post, Ami Stearns documents a surprising new trend, The Sunday Assembly. These godless churches have taken off like wildfire across the globe, built on the existing structure of a typical religious organization, but leaving God out of the formula. This begs the question, what defines a church? As Finke and Stark suggest in The Churching of America: 1776-2005, churches have expanded in new ways to fill a huge variety of social and civic needs, which may be why a religious organization like the megachurch has relevance in today’s secular society. The Sunday Assembly shows that a “church” need not be based on religion in order to meet social and civic needs.

An auditorium full of people clap and sing along with the leaders on a Sunday morning. There’s time for an inspirational reading and quiet reflection. While this sounds like a service at any one of a number of large “megachurches” around the country, this gathering has attracted hundreds of atheists. In November of 2013, the first of these services, called The Sunday Assembly , debuted in the U.S. after having success in the U.K. 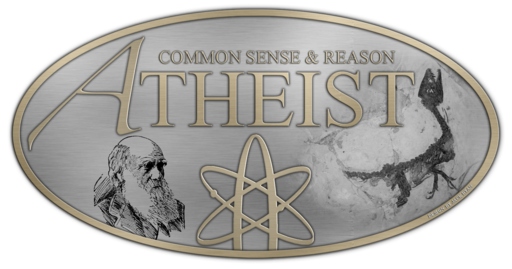 Begun in January of 2013 by two U.K. comedians (really!), The Sunday Assembly is not anti-religion. Instead, these gatherings leave religion out of the social and civic experience of going to “church.” The Assemblies are godless, but celebrate life and learning, and strive to help individuals reach their full potential, with the motto “Live Better, Help Often, Wonder More.”

As of January 2014, there are over thirty Sunday Assemblies operating worldwide, from Los Angeles to Melbourne. The Sunday Assemblies offer humanitarian opportunities similar to other religious organizations, like picking up trash around the community, collecting coats for underprivileged families, planting trees, and volunteering with food banks. The Sunday Assemblies also incorporate civic activities like book clubs, philosophy clubs, small group sessions, reading books to elementary students, and donating blood.

In 2005, Roger Finke and Rodney Stark co-authored a book called The Churching of America: 1776-2005. The work challenged the notion that religion was losing relevance in American society, suggesting that a new form of religious institution, the megachurch, was having a significant impact on civic and social life, mainly by offering a myriad of social services to the surrounding community.

Channeling televangelist Jerry Falwell’s motto that a cheap church makes God look cheap, megachurches began appearing on the religious landscape in the 1970s. Using the modern shopping mall as their architectural inspiration, megachurches like Saddleback Church in California, Willow Creek Community Church in Illinois, and A Community of Joy in Arizona were designed to meet not only the spiritual needs of the surrounding community, but also (and perhaps more importantly) the social needs.

The Pew Research Center recently reported that religious adherents in America are decreasing. One-fifth of Americans today are not affiliated with any specific religion (five years ago, 15% of adults reported no affiliation, but today 20% of adults report no affiliation with a religious organization). This one-fifth includes atheists, agnostics, and those who say they are affiliated with “nothing in particular.” However, of those unaffiliated adults, nearly one third of them report themselves to be spiritual. The biggest issue with religious institutions today, the unaffiliated say, is too much focus on money, power, rules, and politics. So where does someone turn who is spiritual but not necessarily religious?

For those individuals who don’t miss church, but do miss the social and community aspects of attending church, the Sunday Assemblies might be a new way to connect with others, take time to reflect, and serve the community.