This post applies Erving Goffman’s Dramaturgy to the recently released film Central Intelligence. In this essay, Jesse Weiss explores how humans perform roles for each other and draws connection to the film using lines of dialogue and character development. 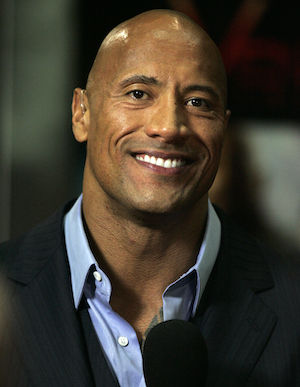 Like millions of Americans, I like to watch movies on the weekend. Because I have young children, most of the movies I watch have long since left the theater and can be viewed from the comfort of my Tempurpedic bed. I do stream movies and have fully embraced movies on-demand but DVDs still hold some level of desirability for this Gen X-er.

On a recent trip to the Redbox to fetch a superhero movie that had been sold out for hours, I came home with a movie that, given my track record, I had low expectations of. After all, the movie starred a former professional wrestler whose biceps are bigger than his talent and an overexposed stand-up comedian who has not read a script that he said no to. At least I would get to see The Rock in a smedium baby blue unicorn t-shirt! While Central Intelligence will not receive any consideration for a gold statue in February, it was entertaining, funny, and surprisingly poignant.

As has been the case since I embarked down this long path of studying the world sociologically, I cannot help but to practice recreational sociology. I often apply my sociological imagination to the popular culture that I consume. This was certainly the case as I laughed out loud several times and was struck by one of the lines from the movie. Not only does the line serve as the overarching theme film, but it also speaks volumes about the human lived experience. At one point in the film, Dwayne “The Rock” Johnson, whose character is a former bullied nerd who grows up to be a CIA agent, says that “every man is the hero of his own story.” While this quote is directed at Kevin Hart, the big man on campus turned everyman; it could describe all of us.

The Whole World is a Stage … Literally

Sociologist Erving Goffman (1959) describes the way that each of us plays various roles in our own lives as we perform for the people around us. Goffman’s theory of Dramaturgy contends that every second of the day we are performing for one another. In each performance, we want to be judged favorably. To this end, Goffman argues, we engage in what he called impression management. While neither Dwayne Johnson nor Kevin Hart will win an Oscar for their performances in Central Intelligence, we all want to “win an Oscar” for our performances (behaviors) as we strive to please our audiences, which include the groups that we are a part of. Impression management involves crafting a presentation of our selves that will lead those around us to see us in a certain light. That is, impression management is the work we all due to foster an impression of our selves in the minds of those around us. protecting the performance each of us gives on a daily basis.

For example, Kevin Hart’s character in the film, Calvin Joyner, considers how to present himself at an upcoming high school class reunion. His anxiety is created by the fact he was named “most likely to succeed” in high school and in the twenty years that followed he merely became an average accountant. He felt his performance did not match the character he was expected to play. Much in the same way we fuss with our wardrobe or get our hair done to better represent who we want others to see us as, we play roles like employees, parents, and spouses in our daily lives.

Goffman believed that each of us cultivate our characters through our appearance (the way we look to the audience) and manner (the way we conduct ourselves according to audience expectations). He calls these societal expectations our virtual social identity and calls the performance our actual social identity. We experience the same angst that the character of Calvin Joyner experienced, when we are unable to perform our roles well or when the audience receives the performance poorly. In essence, we want to avoid a situation where our actual social identity is too far removed from our virtual social identity. Joyner reconciles his crises by joining the CIA, a role, according to him, more befitting of someone identified as the student “most likely to succeed.”

In the end, Stone and Joyner save the day and the world, no doubt cementing their appearance in a sequel. While most of us will not save the world with our daily performances, “everyman is the hero of his own story.” We continue to cultivate our characters as we interact with each other in the groups we belong to. Just like Dwayne “The Rock” Johnson and Kevin Hart, we always want to give a good performance.