The Sociology of Sickle Cell Disease

In this guest post, Dr. April Schueths and Dr. Raymona Lawrence show us how Sickle Cell Disease is affected by how society is structured. 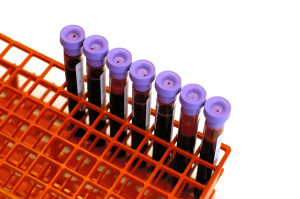 It is true that African Americans are affected at a higher rate than any other racial ethnic group. Nelson and Hackman (2013) report that 1 in 500 African Americans was affected by Sickle Cell Disease, but that rate dropped to 1 in 3000 for all other racial ethnic groups. All told, Sickle Cell Disease affects approximately 100,000 in the United States and millions more worldwide.

Despite the scientific evidence, many still believe that Sickle Cell Disease is a “black disease” and this misconception affects the quality of care individuals with Sickle Cell receive and the amount of money devoted to Sickle Cell research and advocacy (Smith et al. 2006). Or put in more sociological terms, the way we socially construct Sickle Cell Disease influences the social structures that surround it.

Simply put, a patient’s race affects the healthcare they receive (Nelson and Hackman 2013; U.S. Department of Health and Human Services 2013). Scholars use the term racial healthcare disparities to describe the racial, “differences between groups in health coverage, access to care, and quality of care” (Kaiser Family Foundation 2012). On average, African Americans are less likely to have health insurance compared to whites (U.S. Department of Health and Human Services 2014). However, having health insurance doesn’t guarantee you will receive the treatment you need.

A wealth of research shows that African Americans receive lower quality healthcare from their medical providers than their whites counterparts (Nelson, Presad, and Hackman 2012). For instance, health care providers screen African Americans less often for diseases like cancer (DeSantis 2013). This fact partially explains why, “even though the rate of breast cancer incidence is 10 percent lower among African American women, they are 40 percent more likely to die from the disease” (U.S. Department of Health and Human Services 2014). Some people argue that these health care differences are based on genetic and social class differences, but this isn’t supported by the evidence. When researchers account for genetics and socio-economic status, African Americans still receive worse care than whites (Nelson, Presad, and Hackman 2015).

Those living with Sickle Cell Disease experience a wide variety of racial health care disparities. When the debilitating pain of Sickle Cell forces a patient into the emergency room, they often find that the medical staff is unable to provide adequate care (Jenerette, Leak, and Sandelowski 2011). The derogatory term “sicklers” is used by some medical providers to describe patients they feel are exaggerating their levels of pain, failing to comply with medical advice, and/or “drug seeking” (i.e. trying to acquire pain medications to abuse them) (Jenerette, Leak, and Sandelowski 2011; O’Connor et al. 2014; Ratanawongsa et al. 2009). Finally, while all African American patients wait longer than their white counterparts for care in the ER, Sickle Cell Patients wait 25% longer on average (Haywood, Tanabe, Naik, Beach, and Lanzkron 2013).

How Could Things Be Different?

However, there are still some stark differences between these two diseases. Despite affecting only about a third as many people as Sickle Cell, The U.S. National Institute of Health spends more money on researching Cystic Fibrosis. A much larger gap in funding exists when you consider private donations. In 2012, the nonprofit Sickle Cell Disease Association of America had a total revenue of $1,098,978 while the Cystic Fibrosis Foundation in 2014 had $405,530,384 (Hrywna 2014). This means that $16,084 is spent on research and advocacy for each person with Cystic Fibrosis in the United States while only $761 is spent per person with Sickle Cell Disease. That is roughly 21 times as much money per person affected.

What we can learn from all of this is that not all patients or diseases are treated equally. The inequality we see in the social world is recreated in the medical world. The way we understand, research, and treat a disease are all influenced by how our society is structured.