Using Status Symbols & Cultural Capital to Show that You Belong

If you want to move up the social ladder and become wealthier, all you need is more money, right? Well, more money is a great place to start, but to rise in social class you will probably need to change the clothes you wear, the way you talk, the things you do for fun, the foods you eat, and much much more. In this post, Stephanie Medley-Rath explains why these non-money things are so important to being upper class by exploring the concept of cultural capital. 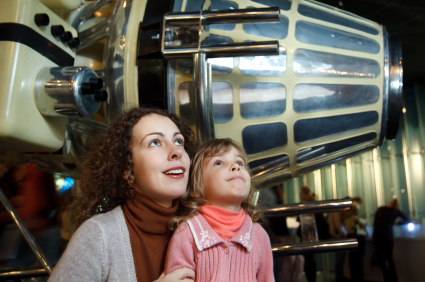 Every semester I ask students in my classes for examples of status symbols. Without fail, every semester someone mentions a car, which they claim symbolizes wealth. Note, I said claim. Why might I say claim?

Cars exist in a strange world in that they are both a necessity for many Americans but they also can be used as a status symbol. Some vehicles may be both simultaneously. For example, many of the agricultural majors at my college drive big trucks. These vehicles both simultaneously communicate wealth and masculinity, yet are also vehicles bought for functional purposes for use in agriculture (or perhaps they are really bought just to make the biggest donut in a deserted and icy parking lot). Even the wealth message is limiting in that what the vehicle could be communicating a large sum of debt.

Regardless of what a car communicates, status symbols send messages about the type of cultural capital a person has. Sociologists define cultural capital as those characteristics that can be used to increase one’s economic standing, but are not actually wealth. For example, the language one uses or how a person carries her or his self can communicate socioeconomic status. Knowing how to “act rich” could enable a person to move up the social class ladder through marriage as Ginie Sayles claims in this video (watch it here).

More recently, Tressie McMillan Cottam (2013) explored this topic in her article “The Logic of Stupid Poor People.” In her article, she posed the question: “If you are poor, why do you spend money on useless status symbols like handbags and belts and clothes and shoes and televisions and cars?” She goes on to demonstrate how dressing and speaking a certain way enabled her mother to get further with gatekeepers than her mother otherwise would have. Her mother used her cultural capital and many other non-rich people do the same thing to get ahead.

Status symbols communicate much more than wealth. They communicate one’s ability to fit in with the wealthy, that is, that you belong. These are the soft skills employers state many college students lack. Elite colleges and universities are now realizing that a financial aid package to a low-income student is not the only thing that matters in terms of college success for low-income students in their ability to climb the social class ladder. McGrath (2013) reports on the “knowledge gap” that low-income students have to overcome along with financial challenges in order to fully benefit from an elite college education.

Wealth matters, but sometimes so does the appearance of wealth. Cultural capital enables a person to demonstrate that they belong.