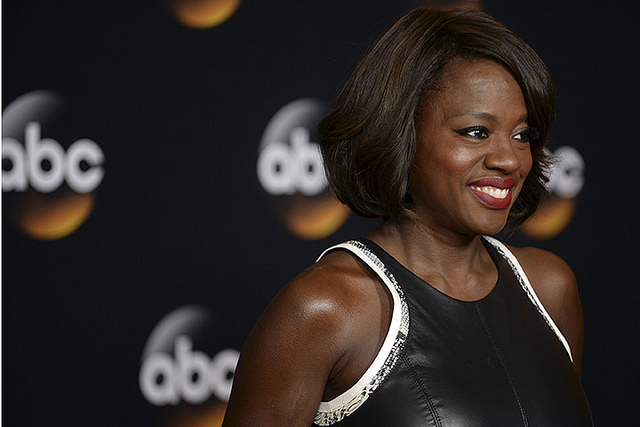 In this article Nathan Palmer discusses Viola Davis’s historic Emmy win, her powerful acceptance speech, and what both have to teach us about the racial structure of media in the United States.

Last week, Viola Davis the How to Get Away With Murder star became the first African American woman to win an Emmy for best leading actress in a drama. In her powerful acceptance speech, Davis made one of the clearest structural explanations of inequality I have ever heard:

Davis’s cogent argument illustrates the widely documented and long standing unequal racial structure within Hollywood. We’ll get to that in a minute, but first let’s take a step back and discuss what social structure is and how it affects our lives and our communities.

Structure is All About Opportunities

Sociologists are always talking about how social structure influences individuals and groups. However, despite sociologists incessant use of the concept, we have done a rather terrible job at defining what it means (Rubinstein 2001). In the absence of any awesome definition of what social structure is, I would like to offer you a very simple and useful way of thinking about it. Social structure describes how society affects the opportunities an individual/group has available to them. Now, let me back up and explain the concept in just a little more detail.

Our social circumstances are the result of how society is organized. Societies are comprised of interconnected groups and organizations. For example, every society has social institutions like the government, economy, media, education system, religious groups, the health care systems, and family networks.

For instance, when families want to give their children an advantage, they press their government officials to adopt a school district system that funds schools based on the property taxes collected within each school district. As a result, wealthy neighborhoods collect more property tax dollars from their high value homes and the schools in their district have more money to spend on their student’s education. In this example, family networks, the government, and the education system interact with one another to ensure that the children of wealth will be able to get the best education and have every opportunity to get into an excellent university. Or put another way, school district funding systems organize society in ways that constrain the educational opportunities of poor students to provide relatively more educational opportunities to wealthy students.

The Racial Structure of Hollywood

Hollywood has for a very long record of not casting women, especially women of color, and most especially older women of color in film and television roles. For instance, in 1968 Diahann Carroll became the first African American female lead of a network television show. However, that feat wasn’t repeated until 2012 when Scandal premiered with Kerry Washington in the lead.

If we broaden our focus to include feature films, we find that movies too are disproportionately white. An analysis of the top-grossing 100 fictional films of the last 7 years by USC’s Annenberg School for Communication and Journalism found that only 30.2% of speaking characters were female. In 2014 only 21 of the top-grossing 100 movies featured a female lead and of those only 3 were women of color. Furthermore, not a single film in 2014 featured a woman over the age of 45. Turning to race, the Annenberg study found that of the 100 top-grossing films of 2014 only 17 had a lead or co-lead played by an actor of color, 17 films didn’t feature a single African American character, and over 40 films didn’t have a character of Asian decent in a speaking role.

Getting Over That Line

As Davis said, “You cannot win an Emmy for roles that are simply not there.” In sociology speak we would say, the racialized structure of Hollywood constrains the opportunities for female actors and actors of color. The fact that Davis won has been interpreted by many as a step toward racial equity. However, the fact that Davis is one of the only women of color in a leading role suggests Hollywood has much father to go before we can say Hollywood has a racially equitable opportunity structure.

Photo provided by Disney | ABC Television Gorup via Flickr and was not altered.